When you write about music for as long as I have — more than 35 years and counting, off and on — you end up interviewing your fair share of artists.
And you learn one thing fast: Even though they’re cooler and richer than you (though the latter isn’t a given), celebrities are basically like everybody else. Some are smart. Some are funny. Some are friendly. And some are stupid, humourless jerks. At least on the day they’re talking to you. Because just like you, famous people have good and bad days.
Of course, that last one is easier to gauge when you talk to someone more than once. Which is something else that happens when you spend enough time covering music. I’ve spoken with some artists five, six or even 10 times over the years. With many, it’s a pleasure. With others, it’s a chore.
With that in mind, here are some artists I never tire of interviewing — and a few I never need to speak to again. 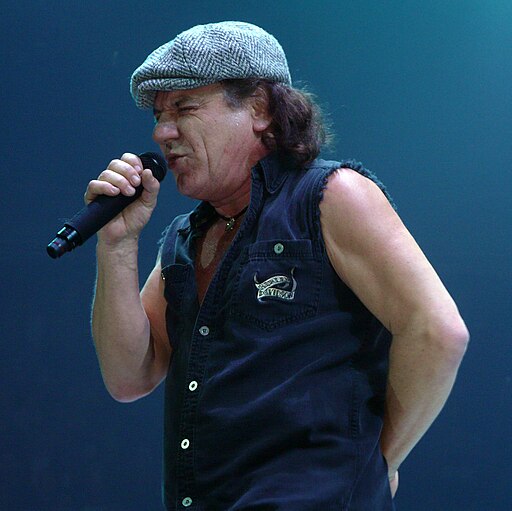 AC/DC‘s longest-serving shrieker is easily my favourite person to interview. And not just because Sony once flew me to London to chat with him and guitarist Angus Young in a swanky hotel. (Fun fact: They’re both so teeny you have to resist the urge to pick them up like toddlers.) Johnson’s most disarming trait: His gregarious common-man demeanor. Despite decades of stardom, he hasn’t shed his working-class roots. He treats you like an old mate he bumped into down the pub. He calls you by name — or, even better, “me son.” He loves to banter. He’s always quick with a quip that never sounds rehearsed (even if it is). In London, he jokingly threatened to blow off his interviews when I offered to take him out for steak and kidney pie. Another time, he insisted I write down their road manager’s number so I could come backstage for “a wee whiskey and ginger” the next time our paths crossed. I didn’t, of course; I’m not delusional enough to think he actually meant it. But part of me still believes that had I somehow found my way past security to his dressing room, he would have pretended to remember me — and welcomed me with open arms and an open bottle. Rock gods don’t come better than that.

The Pink Floyd percussionist’s conversation is much like his drumming: Simple, understated, unhurried and intelligent. But much wittier. It doesn’t matter what you ask; he’s got a dry, droll comeback. The unofficial keeper of the band’s legacy is also exceedingly generous. We spoke once in a homey suite at Robert De Niro‘s Greenwich Hotel in New York City. The journalist who interrogated him before me had a giant sack of albums, books and memorabilia he wanted signed. Mason autographed everything, then posed for umpteen photos with the man. When I complimented him on his patience, he quipped he’ll be more upset when people stop asking. Then he extended our 15-minute interview into a 45-minute conversation about anything and everything. A classy guy.

Slide-guitar master Trucks has played with The Allman Brothers (which included his uncle Butch on drums), Eric Clapton, Bob Dylan, B.B. King and just about any other major artist you can name — including his wife and current musical partner singer-guitarist Susan Tedeschi, of course. But he hasn’t let his popularity go to his head. He’s truly humble about his accomplishments: He keeps his Grammy Awards on the top of “a ’fridgerator” next to his kids’ sports trophies, he told me once. And he’s a real Southern gentleman: Soft-spoken and sincere, lighthearted and laid-back, polite and personable, easy to talk to and a true music fan who’s happy to discuss things other than whatever he’s supposed to be promoting. He might be the nicest guy in rock ’n’ roll.

The artist formerly known as Johnny Rotten is known as a notoriously prickly subject. I’ve read and watched pieces where he insulted, mocked or yelled at interrogators, usually before terminating the interview mid-stream. None of that ever happened when we spoke, thankfully. Quite the opposite. He was always in fine spirits. He never failed to be disarmingly honest (he mourned the death of former manager Malcolm McLaren in one breath while refusing to forgive him his sins in the next). He was constantly mischievous (he travels under a sophomoric pseudonym and makes fart jokes). But mostly, he was just a sweetheart. I’m not sure why my experiences were so different from other interviewers. But oddly enough, he wasn’t alone in that regard: I had great interviews with other supposedly tough customers like Roger Waters, Wayne Coyne, Chrissie Hynde and Maynard Keenan. Go figure.

Here’s the thing about Ozzy: He’s a trouper. Watch his latest reality show Ozzy & Jack’s World Detour — where he tools around America in a mobile home with his kids — and you’ll see what I mean. When they’re alone on the road, the Prince of Darkness can be grouchy, stubborn and crotchety, as you’d expect from a senior on a meandering RV trip. But when duty calls, be it greeting an overzealous fan, enduring a dreaded photo shoot or watching some amateur musicians gamely butcher a Sabbath classic, he instantly turns into Prince Charming. He’s the same during interviews: He jokes around, shoots from the hip and always seems to be having fun even though you know he’d rather be left alone to draw or eat chocolate.

Countless artists take themselves way too seriously. Dolly Parton obviously isn’t one of them. How could she be? Between the wigs, the makeup and her big American breasts, she’s basically a cartoon character. She knows it. And she’s happy to play along. She’ll call you naked from the bathtub or bed — or at least claim that’s where she is. She’ll happily discuss her plastic surgery and her anatomy. And she’s got a ribald sense of humour: Once, when I mentioned that her big hits tended to overshadow her songwriting, she replied: “Well, I think it’s because I come on so strong with my big … wait, you did say hits, right?” You gotta love her. 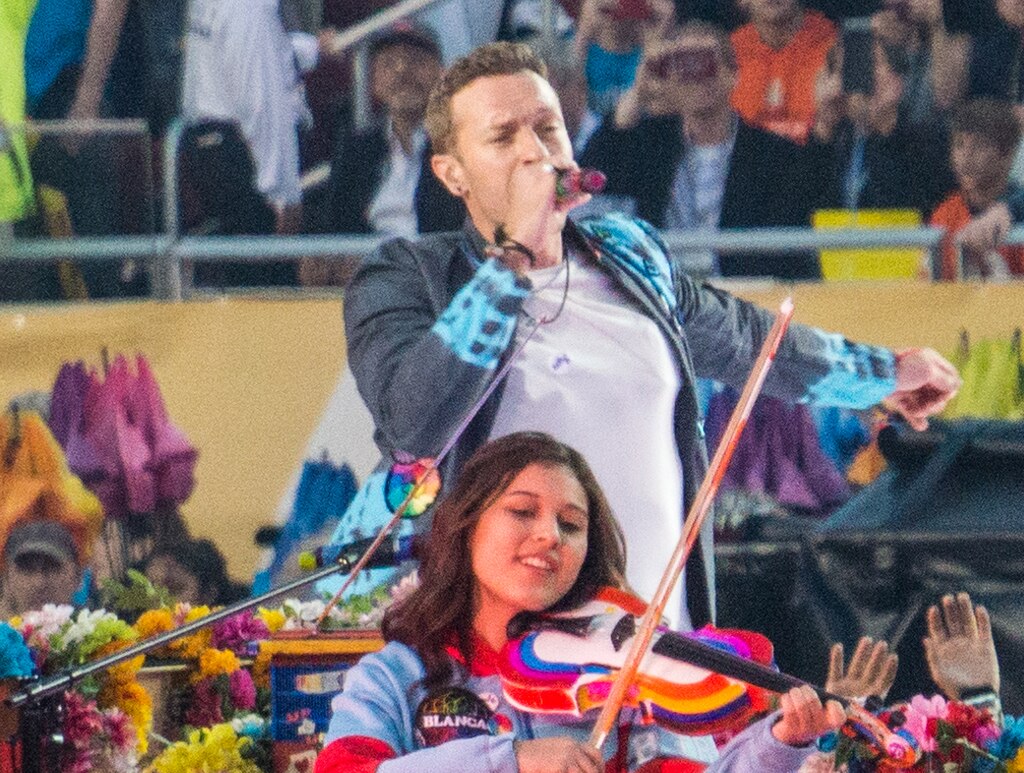 Actually, I only met the Coldplay singer once. But that was all it took to see what a decent guy he was. We spoke on his bus before a gig, and he was open, witty and humble. That was all well and good. But what happened next was what sold me. Unlike most interviewees who thank you and then move on, he kept right on talking after my recorder was off, asking me questions like we had just been introduced at a party. I even taught him the right way to say Winnipeg — Brits usually make it sound like Pooh when it should be more like a pirate contest (to borrow a line from Emo Philips). When he went onstage and yelled out “Hello Winnipeg!” the right way, I felt a little proud. Good lad! 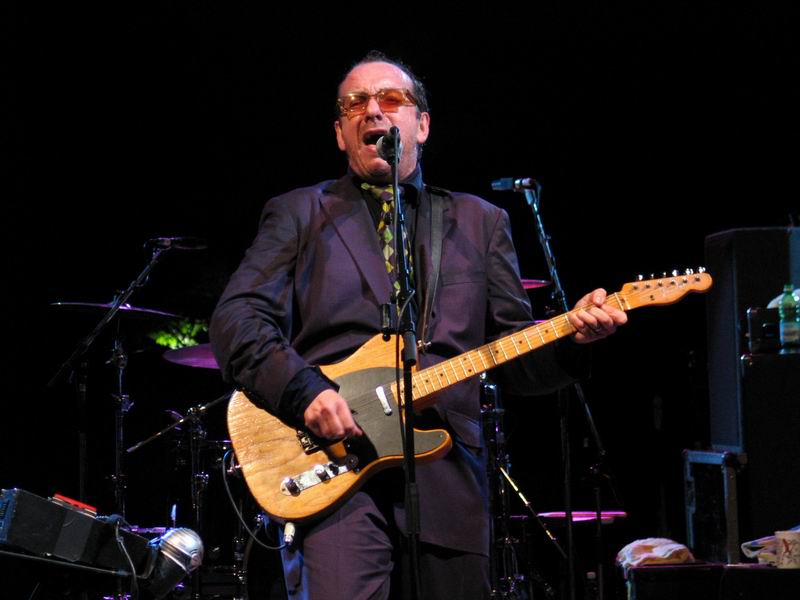 The prolific singer-songwriter is another artist with a prickly rep. And sure, if you ask him a question he views as “daft” (and I have), he’ll tell you without hesitation. But he’s also one of the smartest, funniest and hardest-working musicians I’ve ever spoken to. 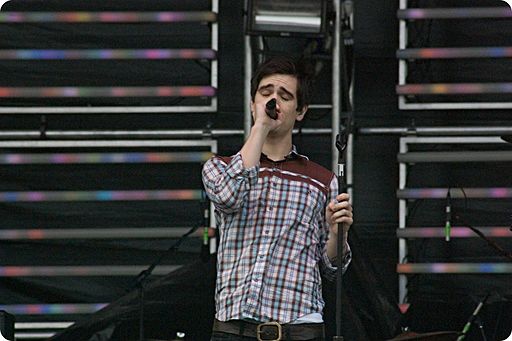 Talking to Panic! at the Disco‘s sole remaining member is like hanging out in a lounge drinking martinis with you pal. He’s quick-witted, sincerely friendly and relaxed. And he has an impressive memory — during our second chat, he actually recalled something we talked about years earlier! Or at least convinced me he remembered, which is every bit as good. 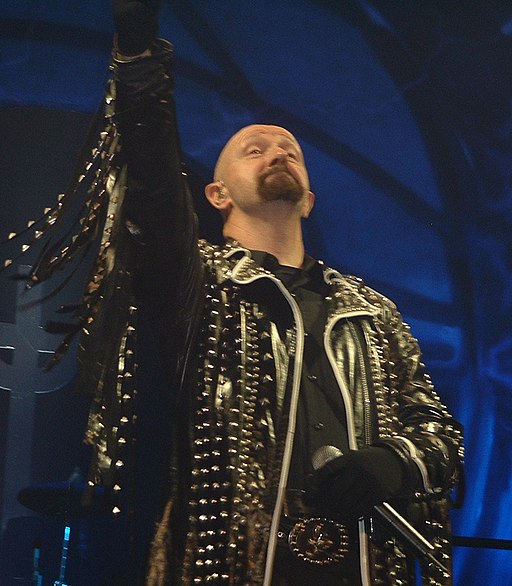 Everybody loves to hate the long-tongued (and motor-mouthed) KISS bassist. It’s hard to blame them. Gene can be insufferable. He’s gruff, rude, arrogant and shamelessly greedy. But whatever. Simmons has never really annoyed me — not even when he told me to change my name if I wanted to be successful. The reason I don’t want to talk to Gene anymore is that I’ve done it way too often. I’ve listened to him blather away umpteen times over the phone. I’ve interviewed him in person. I’ve even met him backstage in makeup and costume (him, not me). I have actually spoken to him more often than some of my relatives. I literally have nothing left to ask him. Except why he won’t ever go away.

The Beach Boys leader is a genius. I know this because he told me so. But his lack of humility isn’t what makes him a tough interview. It’s his lack of ability to interact with humans. Granted, he’s civil. But he’s also robotically terse and detached. He says as few words as possible — and then just stops. He does not digress, discuss, elaborate or explain. It makes even a 10-minute chat feel like an endless ordeal midway between a PoW interrogation and an Abbott & Costello bit. Once he told me he wanted to make an album that combined the classic-rock style of Chuck Berry with the production of Phil Spector. I asked where that concept came from. “From me,” he said. I said I understood that it was his idea, but I wondered where he got it from. “From me,” he repeated. Sigh.

I have a confession: I never really wanted to interview J Mascis. I only talked to the Dinosaur Jr. frontman because he is almost universally regarded as perhaps the worst musician to interview. One scribe compared him to a dog who just sits and stares at you when you toss him a ball. And I could not be happier to tell you that he totally lived up to his billing. When I called, he was completely oblivious that we had scheduled an interview. When I offered to reschedule, he sighingly said we might as well just go ahead and do it now — even though he was in a restaurant eating lunch with his family. And he was so clearly and openly uncomfortable during our chat — pausing several seconds before each answer, speaking slowly in a deadpan croak and sounding as if he’d just been dragged out of bed — that it was almost comical. Many times over the years at SXSW, I saw Mascis out and about all by himself, shuffling from bar to bar to watch bands while standing alone in the shadows. I used to wonder why. Now I get it.

Albums Of The Week: Jack Johnson | Meet The Moonlight

Albums Of The Week: Ella Fitzgerald | Ella At The Hollywood Bowl: The...

Albums Of The Week: Wire | Not About To Die

Albums Of The Week: Tijuana Panthers | Halfway To Eighty

Albums Of The Week: The Brian Jonestown Massacre | Fire Doesn’t Grow On...

Albums Of The Week: Coheed And Cambria | Vaxis II: A Window of...

Albums Of The Week: Alexisonfire | Otherness

Albums Of The Week: The Tragically Hip | Live At The Roxy

Albums Of The Week: Aptera | You Can’t Bury What Still Burns