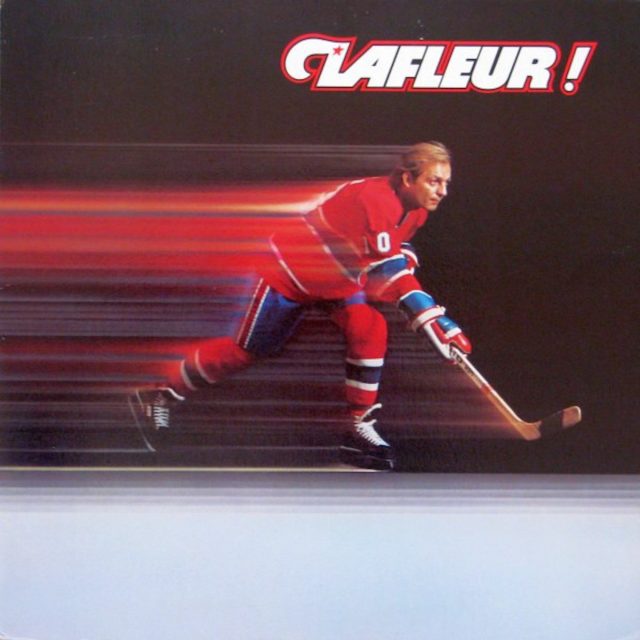 My favourite record store’s website had a Canada-Soviet Union 1972 Summit Series commemorative album on offer recently. Gotta admit, I was tempted. I already have five hockey-related titles in my collection — three where the player is the main “artist,” as it were. I thought it might be cool to do a bit of hunting to see how many others have shot for the charts and not just the rafters.

The first hockey record I acquired was The Two Sides of Bobby Orr. Well, it belonged to my brother, but when I carved up one side with a nail around age 5, it became mine. I guess even back then I was a Canadiens fan.

The 1970 album is basically an interview with the Boston Bruins star defenceman by Bob Earle, in which he gives hockey instruction. The first side is bio and background stuff and the second side is about playing the game. 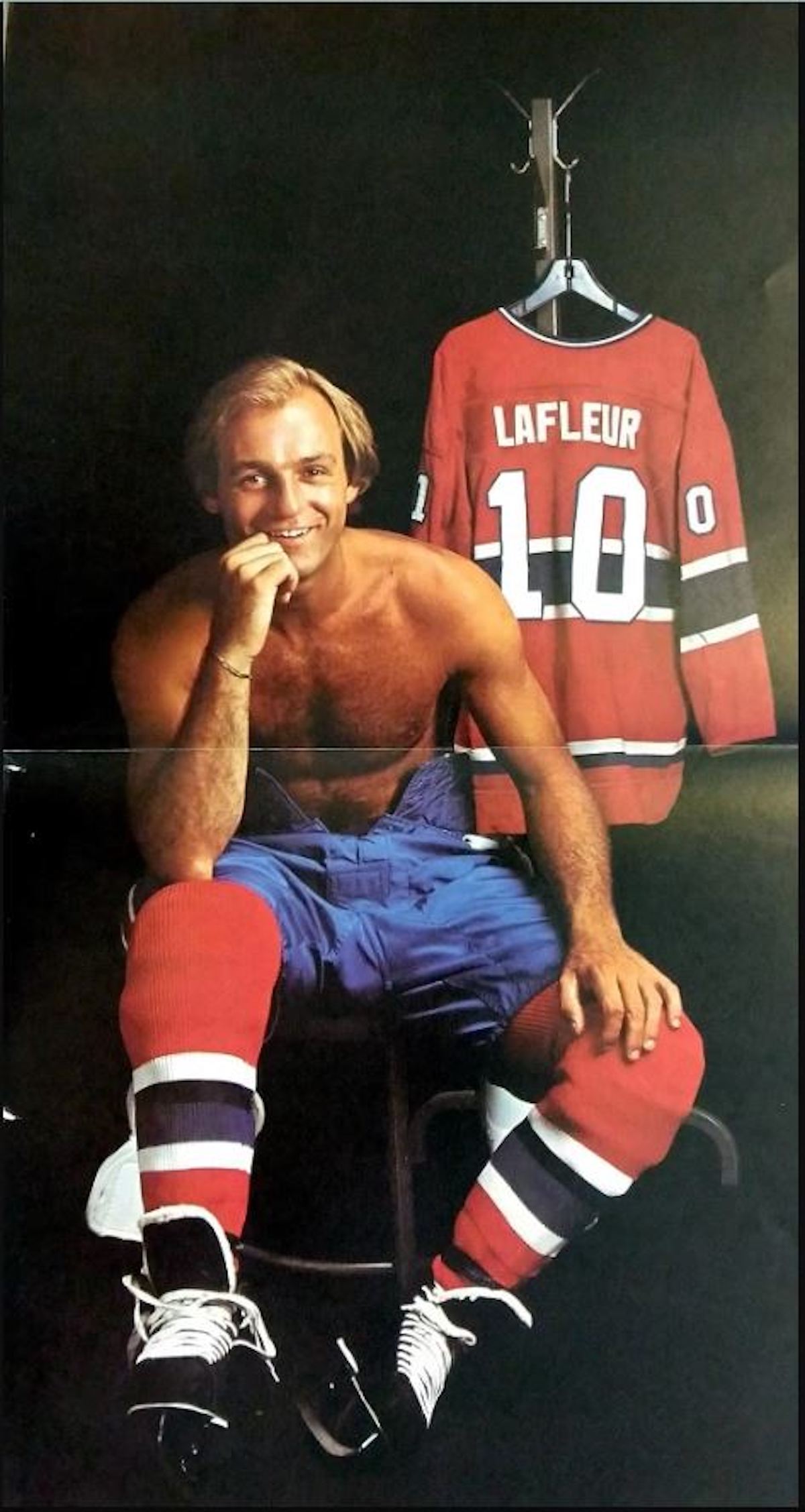 Much better, is my Lafleur! record from 1979. I even managed to get the late Montreal Canadiens legend to sign my copy more than a decade ago when he was playing a charity game in support of military families in Petawawa. I covered the event as a journalist, and after getting my interviews on the bench and on the ice, I went out to the truck and got my copy of the cherished record and headed to the dressing room after the exhibition game. Lafleur spotted it in my hand. “Oh, God — that damn thing,” he said, before signing it for me.

The album is hilarious. It’s Lafleur — speaking in French — giving tips and insights both overtop and interspersed with French-language disco music. It comes with a poster of the tanned, topless Lafleur sitting in hockey pants. But he doesn’t sing.

If it’s an actual musical performance you’re looking for, you need to spin my copy of the 7″ featuring both Phil Esposito And The Ranger Rockers and Marcel Dionne And The Puck-Tones. The 1979 record was created as a fundraiser for juvenile diabetes. Both songs were written by the late Alan Thicke — the Canadian game show host, songwriter and actor famous for playing Dr. Jason Seaver on Growing Pains. He’s also Robin Thicke’s dad, but I won’t hold that against him. He and Esposito were friends, and both grew up in Ontario.

Speaking of music videos, while he doesn’t sing or play any instruments, Washington Capitals star forward Alex Ovechkin makes a bizarre key appearance in the 2014 Russian-language pop video Let Them Talk by Katya Lel, staring severely at the camera for three minutes.

A few years later, loathed/loved hockey commentator and former coach Don Cherry did a techno anthem to go along with one of his Rock ‘Em Sock ‘Em Hockey home videos. It will leave you shook. “Let’s Go!”

Some hockey players make legitimate records which aren’t meant to be novelties. Buffalo Sabres defenceman Jim Schoenfeld made two! The first, named for his hockey-creative nickname Schony, came out in 1973 and actually features one original song and a trio of Beatles covers — including Hey Bulldog. The original is called Before. He’s a terrible singer, like a flat Eric Burdon on some of the ones with assertive vocals, like his cover of All Along The Watchtower (lol). But his own composition is rather difficult to explain. It’s a soft-sung folky death march. A real dirge, which almost has opportunities for outsider greatness, which are never realized.

In 2010, retired Calgary Flame Theo Fleury put out a country album. The hockey player turned author and right-wing motivational speaker’s record is an autobiographical pile of steaming crap. But, I’m sure some love it dearly. No question, the man has been through some incredible highs and lows and has strong opinions. But, yeah … this is not my bag.

In 1998, Detroit Red Wing Darren McCarty started a band called Grinder to help raise money for two of his teammates who were injured in a car crash. Grinder contributed the song Step Outside for a compilation album called Believing In Detroit. A few years later they followed this up with an EP featuring covers of The Stooges and The Damned. McCarty now has his own brand of marijuana.

In 1990, then-New York Islanders goon Ken Baumgartner put out a three-song EP on which he appeared on two of the songs — coveres of Motörhead’s Bomber and AC/DC’s Live Wire — featuring Rocky George from Suicidal Tendencies! It’s kind of awesome, though the production is horrid, especially the kick drum.

I grew up in Hockeytown Canada — Pembroke’s official status — where they say there are two things you can do: Play hockey or be in a band. They got that right — clearly, the two don’t blend well. 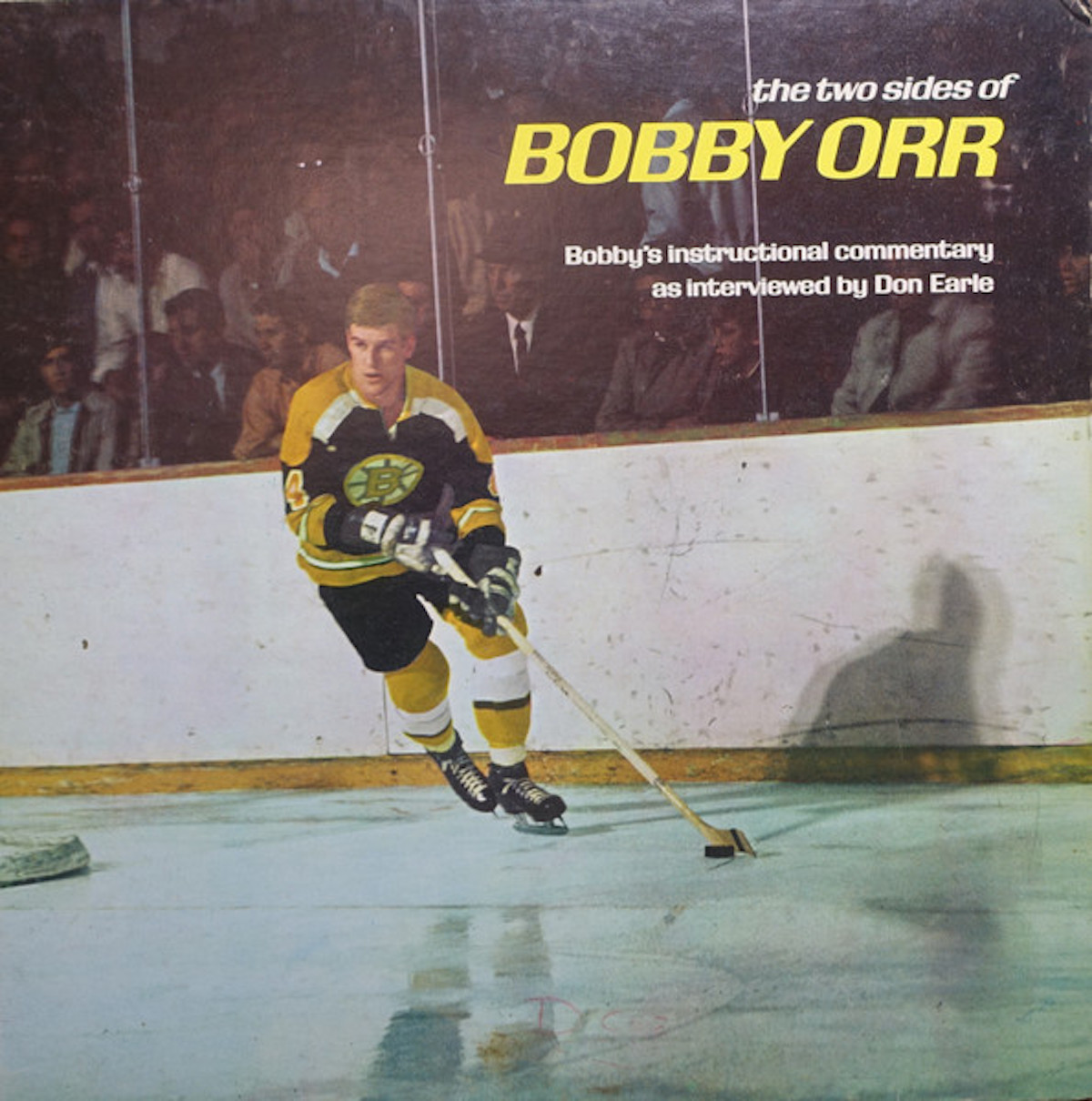 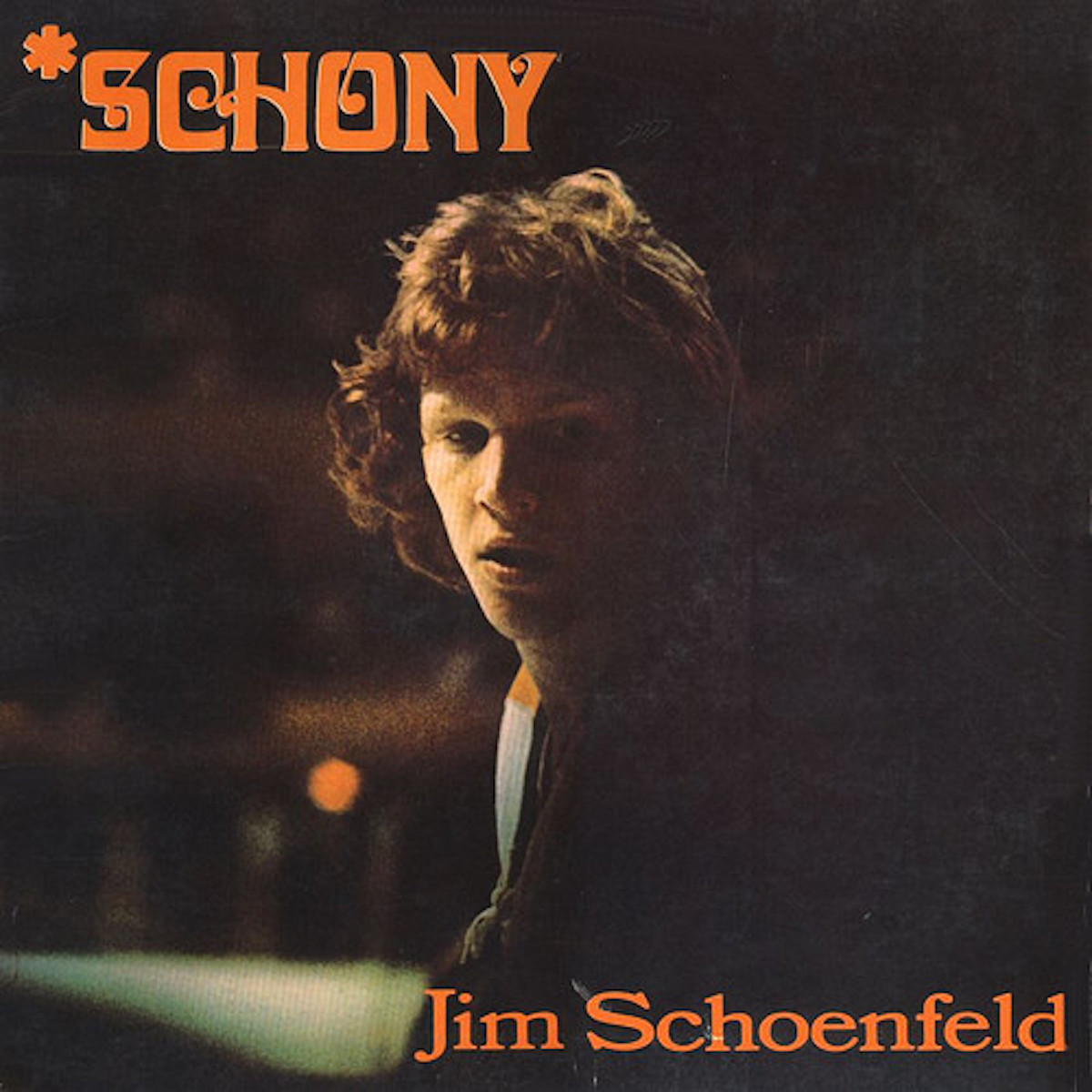