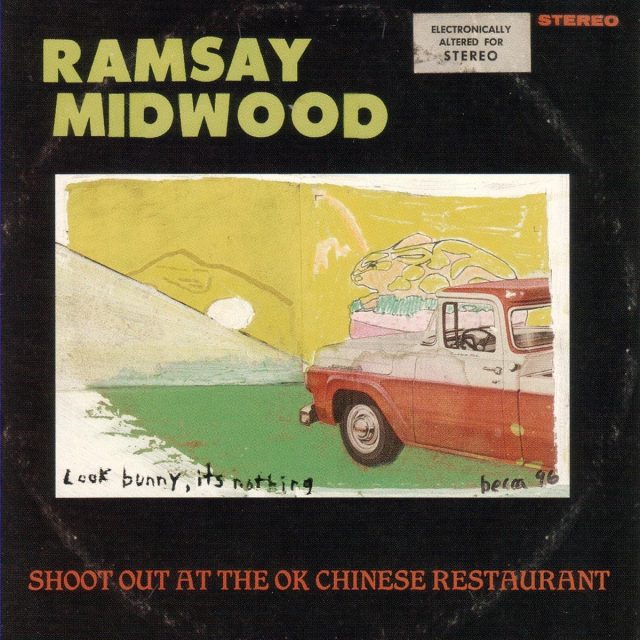 Ramsay Midwood just wan’t made for these times. Mind you, I’m not quite sure which times he was made for — but rest assured it isn’t today’s world of artificially sweetened pop and mass-marketed metal.

Midwood, a rootsy singer-guitarist who reportedly hails from Virginia but now makes his home in Texas, is a throwback to the glory days of troubadours like Woody Guthrie, Pete Seeger and Bob Dylan — though, as the bizarre title of his debut album Shoot Out At The OK Chinese Restaurant suggests, his is artistic vision equally coloured by the carnival sunglasses of characters like Tom Waits and Captain Beefheart. Listening to his creaky backwoods croak and his gnarly fusion of lazy, twanging roots-rock, Delta slide-guitar blues and acoustic folk, it’s tough to tell whether he’s a 20-something dilletante from the ’burbs or a grizzled old bluesman from way out yonder. All I know is that anybody who can pen grand weepers like the piano blues Esther and grim reapers like the workplace-massacre ode Spinnin’ On This Rock — not to mention a guy who can toss off a line like, “Feed my monkey and raise my rent / Lord have mercy, she was heaven-sent” — is somebody we need around. Maybe he is made for these times after all.