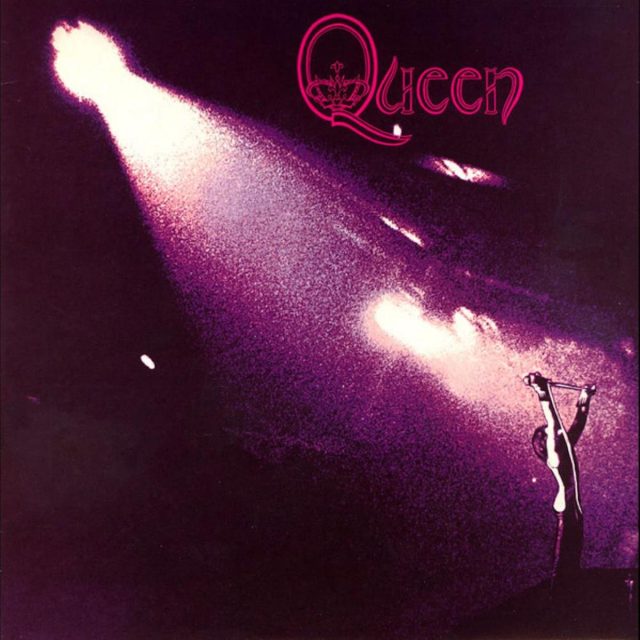 It’s hard to say which has aged better, the first Queen album or me. We’re the same age.

Actually, the album is a bit older — recorded and mixed and ready for release by November 1972. The band just didn’t have a record deal, having turned down Chrysalis‘s offer. They figured their best bet was to get an album done and then shop it around and play demonstration gigs. It worked, but by the time EMI signed them to Elektra, the band felt they were already doing much better material. The eponymous debut came out July 13, 1973, just weeks before they began recording Queen II. Looking at a setlist from September 1973, they only played two songs from the first album — neither of them were the single Keep Yourself Alive. Even for the encore, the band did a classic rock medley including Jailhouse Rock and Be Bop A Lula.

The debut is actually quite a statement, by everyone involved. The band knew they had to be bold. It was the era of Ziggy Stardust. You couldn’t put out just another glam album, or a hard rock album, or a prog album — it had to get attention, be different, dramatic and great.

So, what have we got? Well, you have arguably one of the most skilled, dynamic lead vocalists ever — albeit Freddie Mercury was still early in his career and developing — but he’s joined by two bandmates who also are strong singers. Not just backup either, both guitarist Brian May and drummer Roger Taylor can and do sing lead. Only Taylor takes a lead on the debut, though. Bassist John Deacon is as solid as they come, and has a style which complements the explosive abilities of May and Taylor. Even the production of the album is heavy-handed, with lots of effect on the vocals, guitars, drums and the overall mix, panning from side-to-side and creative placement of sounds across the stereo spectrum. Oh, and no synthesizers. They were swinging for the fences. 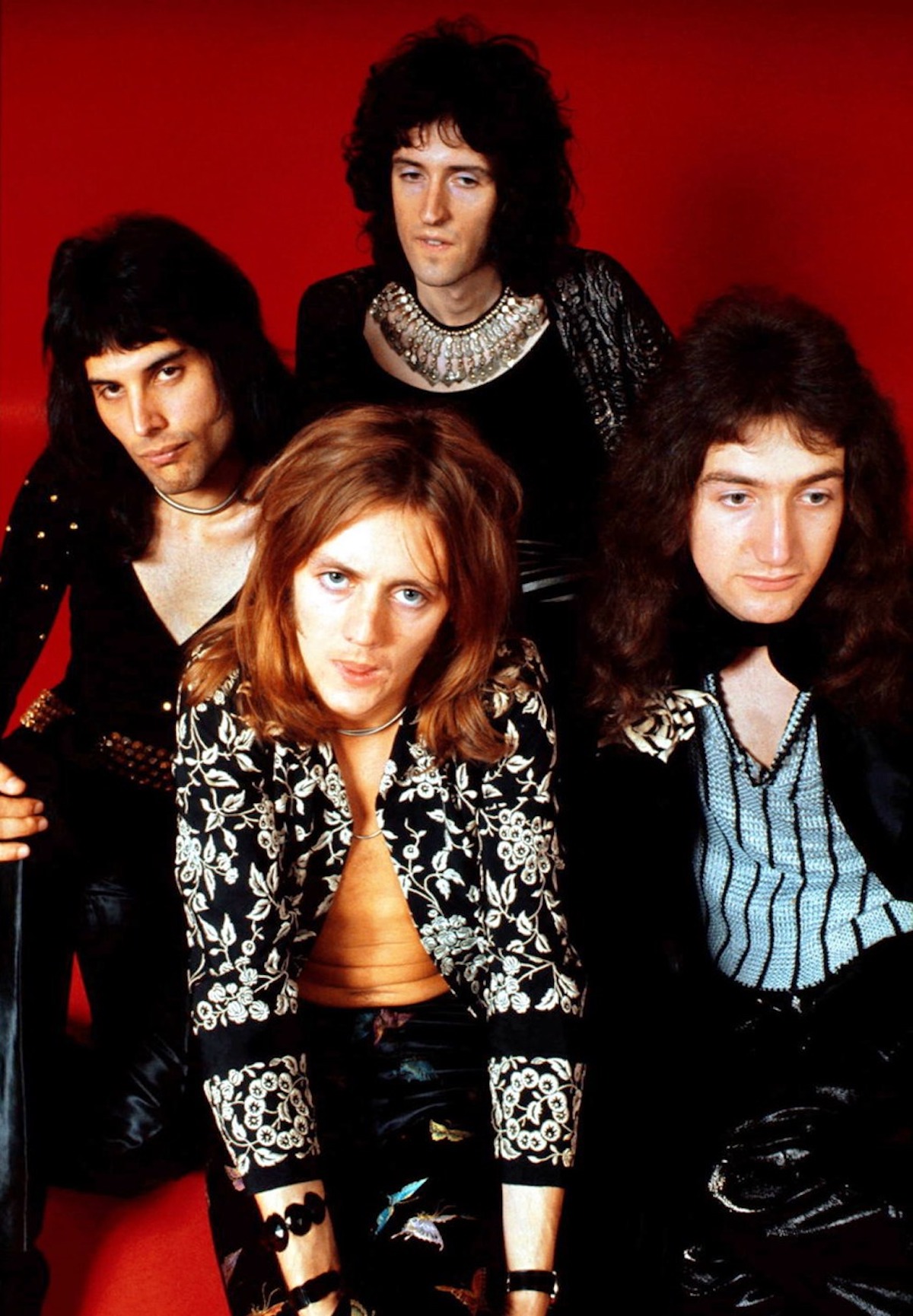 So, let’s examine how they did, with our retrospectacles on. The album opens with the lead single, the song which got them signed — Keep Yourself Alive. With a simplified arrangement and production, it could almost be an Aerosmith song. It’s hard to find the original mix of the song anymore, except on old vinyl. My copy is the Canadian first pressing. I like it better than the 2011 remix. There are at least three different guitar tracks before the vocals come in, mixed a little right and a little left of centre. It sounds cool with headphones. May already has his signature sound — which essentially is achieved by playing a Vox AC30 amp full, with a treble booster — plugged into the ‘normal’ jack. Oh, you also need his signature homemade Red Special guitar (or any number of official or non-official sound-like-Brian–May pedals).

The guitar is the dominant thing in Keep Yourself Alive. It’s loud and treble-heavy and thick with phaser and flanger. At times, it’s just as loud as the vocal — particularly when it follows word-for-word with the ending of the first chorus. Maybe too loud. Maybe, there’s too much going on in the song. Like an over-decorated Christmas tree. I mean, there’s even a drum solo!

The guitar solo which follows is where we are really and truly first introduced to the quintessential May guitar sound. Even more signature than Mercury’s voice. The other classic Queen stuff, stuffed into this 3:46 song include a vocal breakdown and a key transposition. It’s like they’re grabbing you by the scruff and shouting “We’re Queen!!” That’s exactly what they were doing.

The next track is the uber-’70s Doing All Right. (All right and alright is such a lyrical jewel of the era: It’s Alright by Black Sabbath, Saturday NIght’s Alright for Fighting by Elton John, Feelin’ Alright by Joe Cocker, All Right Now by Free, It’s All Right by Curtis Mayfield). This one certainly is a rich and buttery ballad at times, but also demonstrates that Queen rarely play anything straight or predictable.

It starts with Freddie piano and a tender, sweet vocal — bursting into an arrangement similar to Wots Uh The Deal? by Pink Floyd. It changes up and goes super folky — voice and acoustic guitar — for a bit before suddenly transitioning into something like a riffy Meat Loaf rocker, then a three-part vocal flourish before going back into the Floyd part. It repeats the progression and this time a face-melter guitar solo accompanies the riffy part. The song ends with the three-part vocals, mostly on their own with a bit of piano. Quite the epic, but more than a little pretentious. Different era, I know.

Anyway — the next song comes in like a jet crash-landing into a mountain lake. Great King Rat sounds like the title of an Alice Cooper song. Goodness you can tell May’s guitar was so very loud in the studio. He must have gone through vacuum tubes like socks.

This one is pretty proggy and rocking, with a galloping beat and ye olde descriptors which sound like cursing (son of a whore). This is a bit Jethro Tull-ish, but better vocal arrangements and a dual guitar solo — May in a tandem with May, one of which working the Cry Baby wah pedal like an old sewing machine treadle. There’s a dramatic middle section which goes on for ages before dissipating into an acoustic break for a bit before the galloping part starts up again. Then, there’s a very Black Sabbathy bit for an extended so before chorusing out. So far, three epics. It’s a lot.

It doesn’t let up, My Fairy King is next, the song which gave birth to Freddie’s stage name. He liked the lyric “Mother Mercury, look what they’ve done to me” and took it as his own. No more Freddie Bulsara. It’s a great stage name. This one starts cool, with a driving beat and loads of pounding piano, but quickly turns to shit. Proggy and theatrical and ghastly. Like a bad number from a musical. There’s loads of wildly panned and panning vocals. This song has no chorus. It’s exasperating.

Shake it off and flip the album for Side 2. It opens with Liar, which reminds me of that other Liar song done by Three Dog Night. Except this one is six-and-a-half minutes long. It starts off great and riffy, but the vocals don’t come in 1:30, and when they do it’s during a quiet part. Hmmm… I don’t like the chorus … well, the shouted Liar! parts, anyway. It’s very, very shrill and theatrical.

The Night Comes Down is next, a  May song with which they never were happy with the mix — so they used the demo from two years earlier. It was one of the first songs written after the band formed in 1970. It features some nice chunky acoustic guitar and busier bass than Deacon usually provides. Widely panned drums, give this song a cool feel. It’s actually a lovely ballad, though not really catchy. Taylor is a real aggressive player.

Speaking of whom, his lead vocal contribution is next. Modern Times Rock N’ Roll is very rocking, as you’d expect if you’ve ever heard I’m In Love With My Car from A Night At The Opera. But, Taylor has written a pretty impressive handful of well-known Queen songs — both Radio Gaga and Sheer Heart Attack outright and contributed to Stone Cold Crazy and Under Pressure. I love this track, the album needs it. The chorus is a bit naff, but it has a real Slade charm to it. It’s simple and fun.

Son And Daughter is next. This one made me laugh out loud. It’s Heavy Duty by Spinal Tap. Queen don’t groove at all, do they? If this song had a bit of strut, it would be great. But it stomps around with toaster boxes on its feet, knocking over plants.

Then there’s Jesus. Jesus, is it awful. Again, awkward and lumbering. Basically just two chords and the story of Christ. Mercury, who wasn’t Christian, wrote it. I don’t know. Whatever.

Freddie also wrote the last song, which is either weird or studpid — I haven’t decided. Seven Seas Of Rhye is an instrumental snippet of a song he hadn’t finished writing. The plan was to have the follow-up album start with the rest of it. Instead, Queen II also ends with the song, but the full version. It ended up being their first hit.

Anyway, the debut album version — a minute long — is a waste of your time.