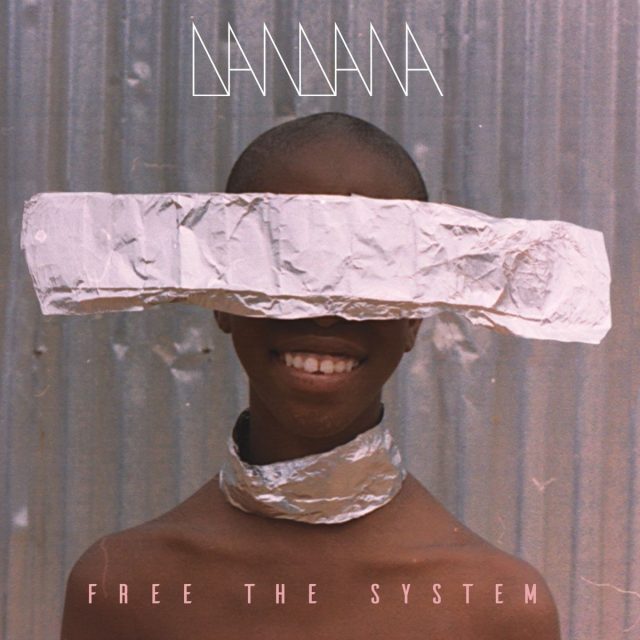 THE EDITED PRESS RELEASE: “Dandana’s Free The System is the followup to their well-received EP single of the same name, released in June. The album contains seven tracks, and is about broadening musical tastes, travelling, friendship and letting go.

Dandana is a musical collective with musicians from The Netherlands, Senegal and The Gambia with members Bas Ackermann, Ebou Gaye Mada, Filly Dioma, Jackson Loman, Joop de Graaf and Modou Joof. Their sound pays tribute to traditional West African rhythm and grooves, and the love for ambient and synthesizers.

Together they chose to let go of the past and take a new musical path. They do this by combining traditional instruments from Senegal and The Gambia such as sabar, xalam and balafon with percussion, electronic drum pads and a range of vintage synthesizers. Inspired by West African psychedelic mandingue pioneers Guelewar, Ifang Bondi & Touré Kunda to the synth-driven vibes of bands like Air & Tame Impala. Free the System will take you on a journey through a new universe.

Most of the album was recorded in The Gambia and Senegal, West Africa and produced by Bas Ackermann and Tijmen van Wageningen. During their travels, the jams, the conversations and encounters, it became clear how uncertain the future is in Senegal and The Gambia, people having to survive on a daily basis with minimal means. It’s a certain hopelessness that is normally far from our Western minds.

In these urgent times of COVID-19 and the Black Lives Matter movement it becomes clear that we have to free ourselves from the system. Free The System is about the gap between the older generation and the younger generation. The old system can’t easily deal with young or new ideas. This system needs to be changed, we have to free ourselves from it.”