Home Read Albums Of The Week: Atsuko Chiba | Water, It Feels Like It’s... 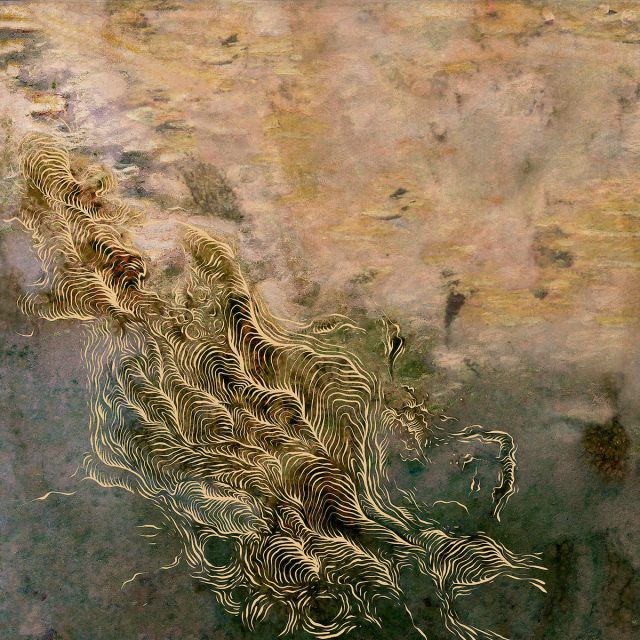 Archived at Room 11 — Atsuko Chiba’s studio — alongside the band’s sixth member, engineer Matthew Cerantola, this collection of musical moments stems from months of experimentation taken on by the musicians, as well as from conceptual dichotomies born in strange times. Roaming free along a multitude of genres, akin to a flagless ship cutting through beautiful, yet troubled waters, this third full-length from the Montrealers should please fans of The Mars Volta, Beak> or Spirit Of The Beehive.

“We wanted the record to take the listener on a journey, each song being a moment,” they say in a press release. “Because of that, we were less focused on traditional song structures … Instead, we gravitated towards creating musical experiences with a trajectory, equally comfortable with repeating an idea for five minutes as we were reacting to a past moment by forcing a sudden change. We were far more concerned with the evolution of a single part, rather than thinking of our songs as sections, parts or modules that needed to fit a certain mold or structure. Songs could simply be their own musical worlds.”

As always, the album finds Atsuko Chiba venturing across genre-defining borders with a cohesive and hypnotic blend of post-rock, progressive rock, and krautrock, weaving together a rich sonic tapestry that subverts through offbeat songwriting. These six tracks further refine their unique sonic alloy, a reconciliation of extremes, equally informed by the fringes of musical exploration as well as by pop music, past and present.

“We were also influenced by musical genres that tend to be more repetitive such as electronic or drone music,” they say. “We discussed topics such as drones, ragas, hypnotic rhythms, minimalism, spatial awareness, musicality through overall patience, trying a less-is-more approach, etcetera. This led to us five playing as an ensemble rather than as musicians with defined roles; we were all responsible for pushing forward the main idea.

“As opposed to our last album, which was about introspection, spacetime and the personal journey, the themes explored on this new album are related to our environment and our reaction to it. Though not meant to be strictly political, our references stem from highly politicized movements and ideas. Division and group ideology are heavily explored. A prime example is the weaponization of vocabulary used to distract, displace and alienate us, forcing us to pick sides on every front. Our lyrics also strongly denote our innate love for all living things, encompassing a hopeful, if somewhat violent, plea for change.”

Following two early releases that showcase improvised sessions, Atsuko Chiba recorded a first full-length entitled Jinn in 2013. They followed up with two EPs in 2016: Figure And Ground and The Memory Empire. In April 2019, they released their sophomore long-player Trace, revealing a new depth to their already diversified sonic palette, proposing an elegant balance between straightforwardness and psychedelia.

Live, Atsuko Chiba combine their brand of experimental rock with video and light installations triggered in realtime by the band, creating an immersive multisensorial environment. Over the years, they have toured in Canada, the U.S. and Europe, sharing the stage with notable acts …And You Will Know Us By The Trail Of Dead, Big Business and Duchess Says. The five-piece head back on the road with a slew of concerts in early 2023.”