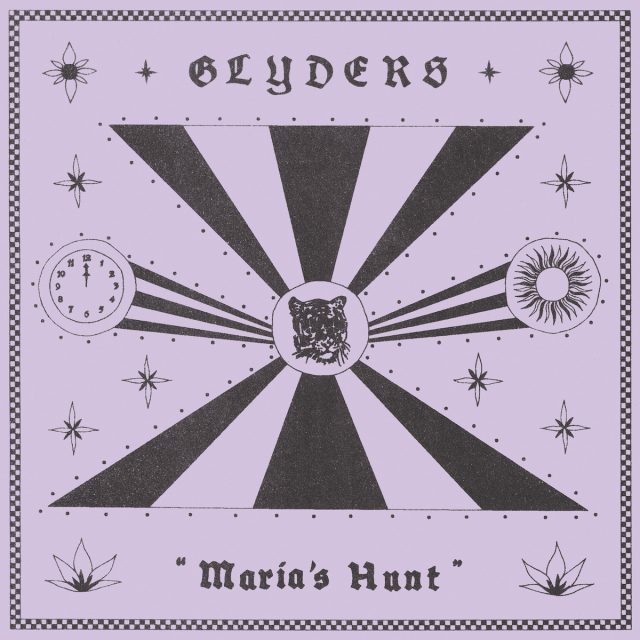 THE EDITED PRESS RELEASE: “80 degrees in the midnight shade. Just another breezeless night. The crickets and the sirens and the humming of florescents and neon all melting down in the groove. An emptiness it’d be a shame to lose. Except — is that the wind kicking up? Coming round the bend / like a ghost in the road / just off the beaten path / rubbing shoulders with the ditch / Glyders!

Formed in 2014 in Chicago by partners Joshua Condon and Eliza Weber, Glyders have kept busy, lighting up shows around town and country ever since then with their mystery sound, on the road when and where they could from here to Europe, taking time also to self-release a couple of EPs (Dim and Lend A Hand) whose high lonesome wack promised that a full length would be a real trip. 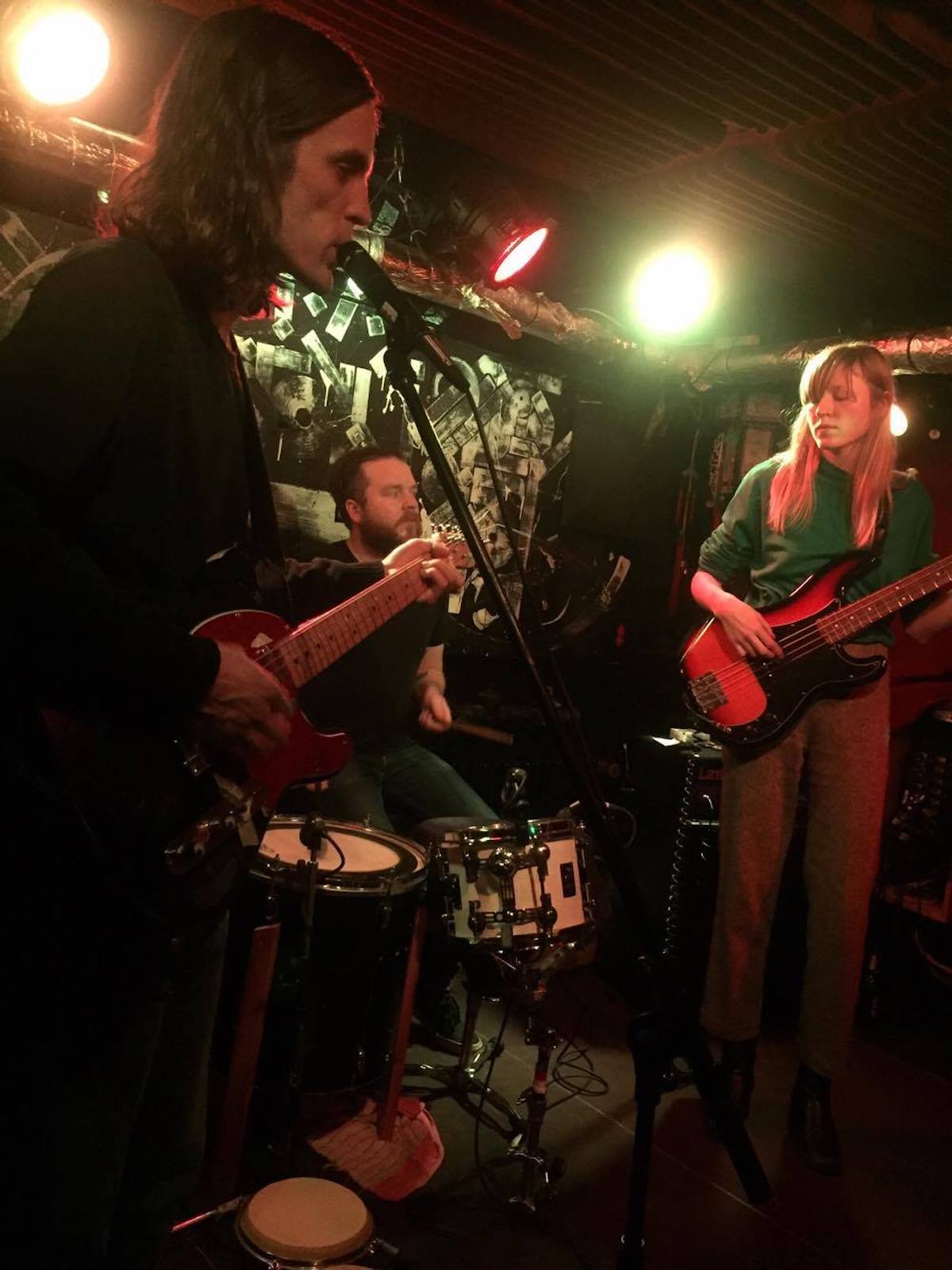 Whether you knew it or not, here it comes now — you’re right in the path of Maria’s Hunt. Fueled by Josh’s spectral vocals and the liquidity created by his guitar and Eliza’s bass, Glyders’ mazy spacecraft takes to the air from the empty parking lot out back of the roadhouse and finds in its arc an anodyne of the trippy and the wiggy / ghostly places lost and found. Glyders have it both ways, rocking the white line with fervor but also stopping to soak up the fragrance of the purple sage and the queen of the night by the side of the road.

They’ve cut their records at home, with Josh delving deep in the pleasures of analogue recording, finding the embodiment of their subterranean fascinations with twists and turns of the dial in a space they’ve dubbed the Juicy Lagoon. Steeped in the pop and psychedelic enigmas of rock ’n’ roll yore, the buzzing of tubes and transients and uncontainable rumble, Glyders make it shake and live in front of the tape machine and real audiences alike with a flexible, expansive palette of sounds and a tight bunch of songs.

For their first vinyl full-length, the watchword, as ever, is “maximal minimal.” And it works. These kids are up around the bend and in it for the long haul. After a few lineup shifts over the years, they’re settled down with drummer Joe Seger and are fixing their sights on the far horizons. If you see Glyders choogling down the track, pull up and get set for Maria’s Hunt.” 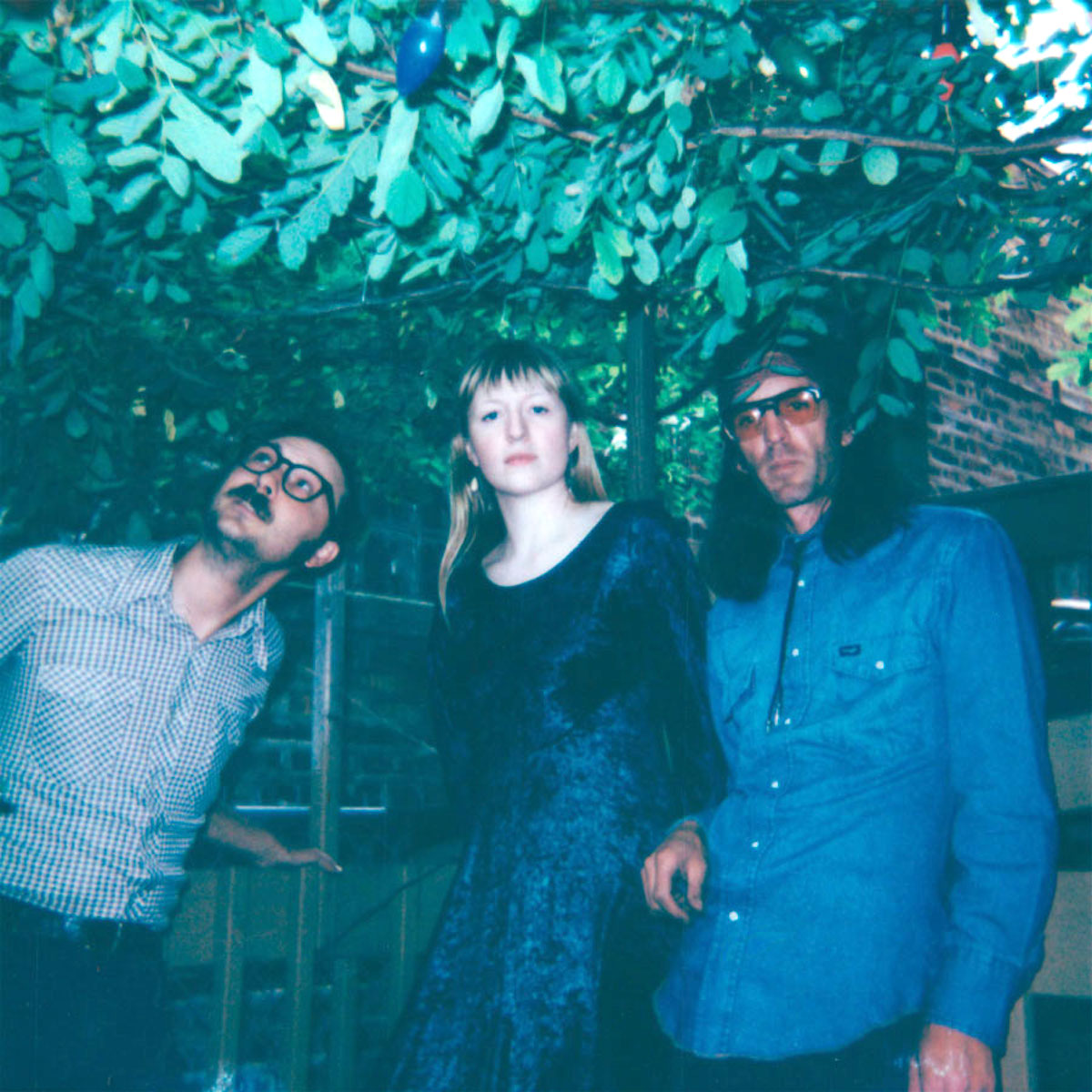