Taj Mahal explores a jazzy new direction in his musical journey on his ground-breaking new album Savoy, due for release on April 28, his label Stony Plain Records has announced.

Mahal can rightfully be called a living legend for his contributions to popular music. With a voice as instantly recognizable as Louis Armstrong, Ray Charles or Johnny Cash, throughout his career he has pushed the envelope of American roots music forward by incorporating sounds from the Caribbean, Africa, traditional blues and jazz. He has won three Grammy Awards from 14 nominations, was inducted into the Blues Foundation Hall of Fame, and presented with a Lifetime Achievement Award from the Americana Music Association.

With Savoy, Mahal takes a new direction in his musical journey, exploring a collection of blues-tinged classic material with his good friend and acclaimed record producer John Simon, whose resume includes producing classic albums by The Band, Leonard Cohen, Gordon Lightfoot and Blood Sweat & Tears. Recording Savoy is the realization of a musical collaboration they had been discussing for decades, finally locking in the studio time in Oakland to make it happen in August 2022.

In the introduction to the first track Stompin’ At The Savoy, Mahal talks about his parents meeting for the first time at the famous Savoy Ballroom in Harlem during the initial run of Ella Fitzgerald with the Chick Webb Band in 1938, writes Stony Plain Records co-founder Holger Petersen in the album’s informative liner notes. The album is a loving throwback to the sounds of the swing jazz big band era. With guest vocals of Maria Muldaur on Baby It’s Cold Outside and Evan Price’s violin on two tracks, the album covers 14 standards composed by the likes of Duke Ellington, Louis Jordan, George Gershwin and Louis Armstrong, brought to life by the unique voice and character of the one and only Mahal.

Taj explains, “I heard (the songs on Savoy) as a kid when all of those people who made those musics were alive and speaking to us through the records. Those weren’t just records to collect. Those were like listening to your relatives, your uncles, your cousins, your grandparents speaking to you through that medium, the medium of music. The music was good then. It’s going to be good now, especially when you got people who really respect what it is … (and) respect the gift they’ve been given. It’s a gift to be able to play music, art, dance, write, do science, whatever, ’cause you’re contributing to humanity. What you’ve been sent to do, that’s the whole thing.” 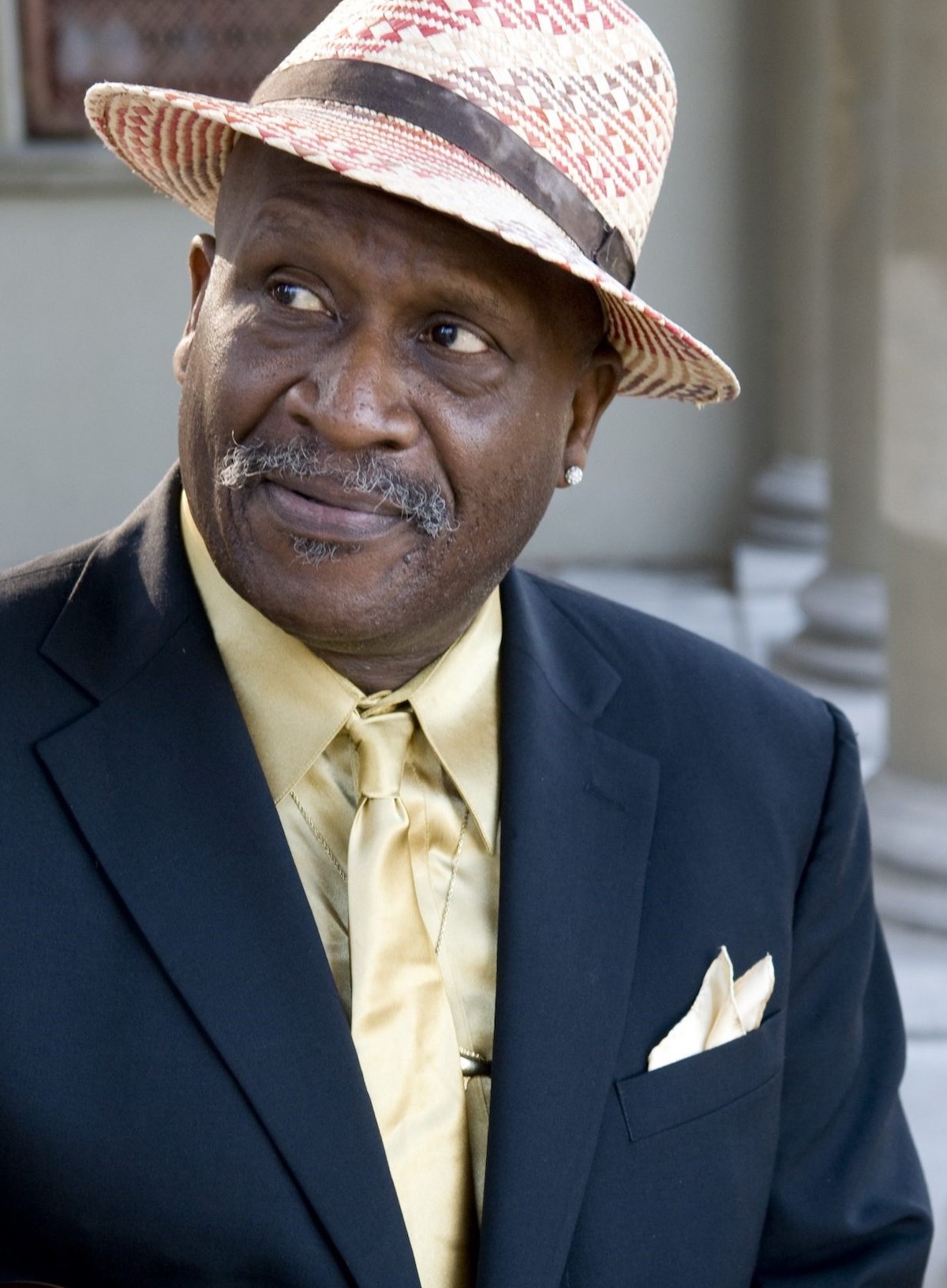 Mahal’s exploration of music began as an exploration of self. He was born in 1942 in Harlem to musical parents — his father was a jazz pianist with Caribbean roots who collaborated with Buddy Johnson, Taj’s godfather. His mother was a gospel-singing school teacher from South Carolina — who cultivated an appreciation for both personal history and the arts in their son. “I was raised really conscious of my African roots,” Taj says. ”My parents came together around music, which was swing and the beginnings of bebop. That was significant, in terms of what kind of music I heard from them.”

Fans of Taj know that he started working with Ry Cooder in the mid-’60s L.A. band The Rising Sons. His first two solo Columbia albums, Taj Mahal (1967) and The Natch’l Blues (1968), are two of the most influential blues albums of the era. Never one to be pigeonholed, Taj has recorded more styles of roots music than any other artist. Those releases include music from the Caribbean, Hawaii, Africa, and India, as well as gospel, rock, early R&B, children’s music, soundtracks, and nearly every kind of acoustic and electric blues. He brings a musicologist’s quest to each project.

Mahal first met producer Simon at the New York City Columbia Records Studios in 1968. John was producing and playing piano on the first Electric Flag album. Taj was already a fan of John’s productions, playing and arrangements, in particular his arrangements for an album featuring Marshall McLuhan, the influential media guru. Taj invited John to play keyboards on his tours during the ’70s and he also played on Mahal’s landmark The Real Thing (1972) album as part of an adventurous band that included four tuba players. Taj and John have remained close friends and kept in touch over the years and toured together again in 2006. Talk eventually turned to their mutual love of classic standards with a blues twist and to doing another album together. Trading songs, the two came up with a list of 59 possibilities before settling in on the 14 contained in Savoy.

On the first day of recording, they were running down Simon’s arrangement of Stompin’ At The Savoy with encouragement from Taj. Webb had the first hit with the song in 1934 and Ella later recorded it with Louis Armstrong. Taj said, “It needs a little more sashay. You’ll know it when you hear it.” Co-executive producer Petersen, who was at the session shares, “and everybody did! Taj’s scat singing is a highlight. Except for Killer Joe, fans would likely have heard all the others at one time or another at the Savoy Ballroom during its long run from 1926 to 1958. This is a Taj album like no other and a deep part of his long history.”

Pre-order and pre-save the album HERE. 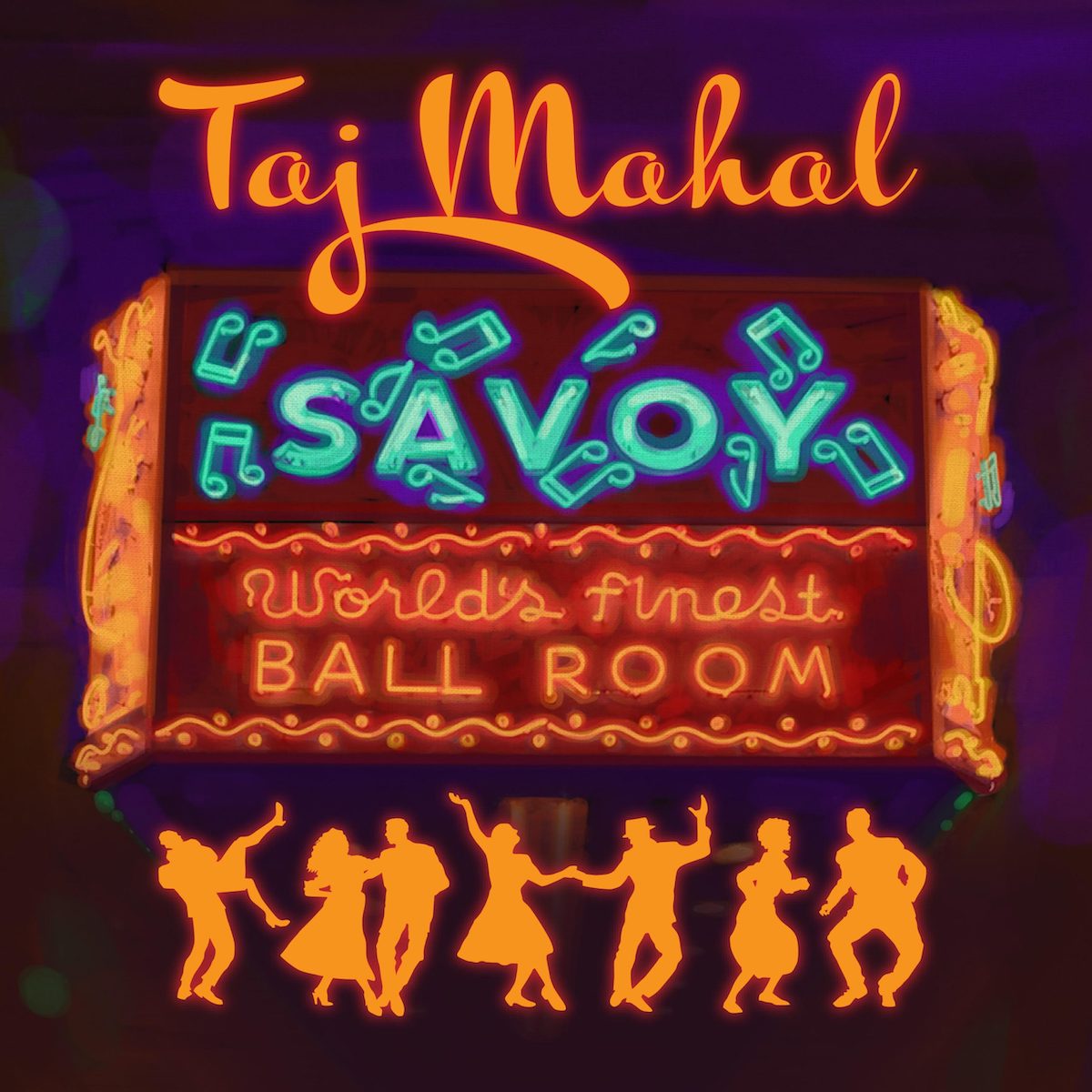