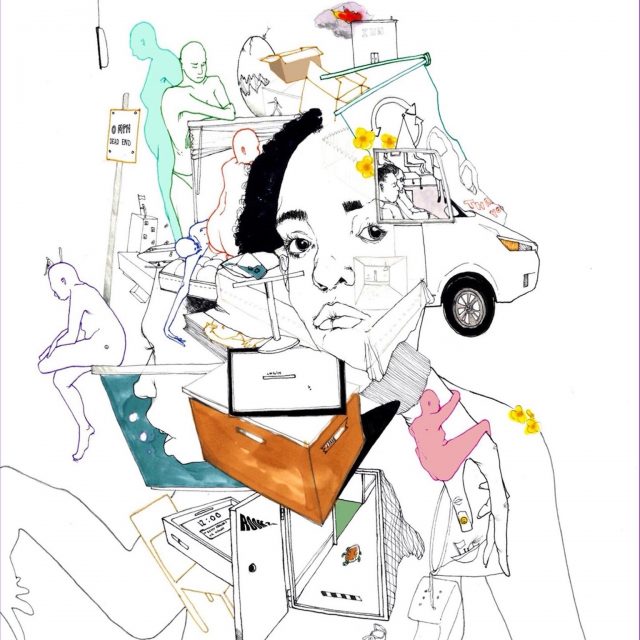 Too many rappers talk too much and say too little. This is not a problem that Fatimah Nyeema Warner (aka Noname) is ever likely to have. Not by a long shot. The Chicago rapper says a lot — and has a lot to say — on her official debut album Room 205. And she says it magnificently on this fantastic and flawless followup to her acclaimed 2016 mixtape Telefone. Picking up where Telefone hung up, Room 205 showcases Noname‘s nimbly skipping cadence, motor-mouthed delivery and razor-sharp wit. Alternatively (and sometimes simultaneously) playful, personal, powerful, profane, poetic and political, her brilliant wordplay flies faster than your ears and your brain can possibly take it all in. Here, by way of example, is what she says in her first 30 seconds on the mic: “Maybe this the album you listen to in your car / When you driving home late at night / Really questioning every god, religion, Kanye, bitches / Maybe this is the entrance before you get to the river / A heaven before the heathen no reason for you to like me / Maybe this your wifey just wanting a clean divorce / The baby ain’t really yours, this really for babies teething / And chicken wings under-seasoned / Y’all really thought a bitch couldn’t rap huh?” Well, not like that, anyway. And even those who can don’t generally do it in such gently soothing tones. Or over a warm, soft bed of vintage neo-soul, shimmering R&B and other-dimensional space-jazz. Make room. And commit that name to memory. You’ll be hearing it a lot.