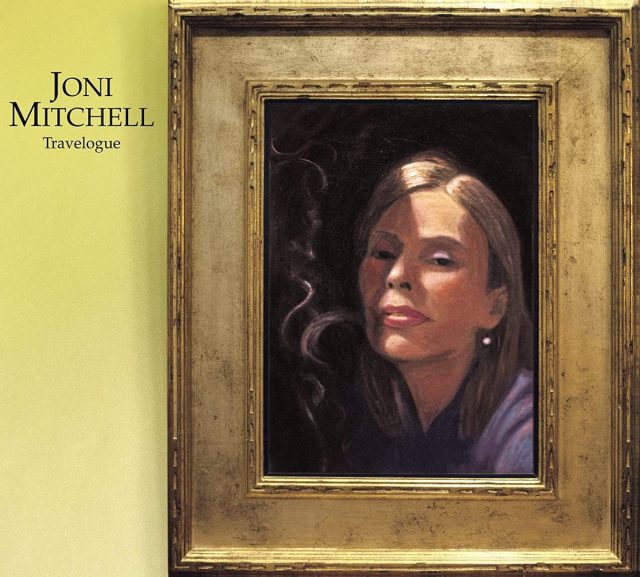 The legendary singer-songwriter claims her latest album Travelogue is her swan song from the odious enterprise that the music business has become. To which one can only reply: Become? Like it wasn’t always? In any case, the mercurial Mitchell sure does throw herself a swank going-away soiree. This beautifully packaged two-CD set follows Joni as she relives some of the highlights of her career, delivering 22 of her personal favourites with the help of crack players like sax legend Wayne Shorter, pianist Herbie Hancock and an orchestra conducted by Vince Mendoza (whose baton also was present on her 2000 covers album Both Sides Now). Naturally, Joni’s favourites might not be the same as yours — while Woodstock and The Circle Game are here, Travelogue ignores no-brainers like Big Yellow Taxi, Raised On Robbery, Help Me and Both Sides Now in favour of lesser-known fare such as Otis And Marlena. Still, Mitchell’s exquisite voice (which has descended over the decades from a brash soprano to a smoky alto) and Mendoza’s rich arrangements — which run the gamut from the lush orchestral landscape of Wild Things Run Fast’s Love to the moody jazz silhouettes of Charles Mingus’s God Must Be A Boogie Man — might convince you to add some of these to your own personal Mitchell best-of. Sorry to see you go, Joni — but nice to see you went in style. (SPOILER ALERT: Mitchell actually made one more studio album — 2007’s Shine — before pulling the plug on her recording career.)