Sultans Of String invite you to watch their feature film Sultans Of String: The Refuge Project Visual Album – a pandemic project that has won accolades at the Cannes and Best Istanbul film festivals, and has been selected for the Vancouver Independent, Scarab and Folk in Film festivals.

Come join their cast and crew party, and celebrate their recent wins with a film screening — as well as another birthday “year around the sun” for bandleader Chris McKhool — all while raising donations for a good cause! There are two Ontario screenings:

TORONTO: Sun., Nov. 20
Doors at 6 p.m., film at 7 p.m. sharp.
Tranzac Main Hall, 292 Brunswick Ave, Toronto, ON, M5S 2M7
Get tickets HERE.
All proceeds after hall rental cost will be donated to the UN Refugee Agency for their life-saving programming. Sultans Of String have raised more than $10,000 so far!

The film is 95 minutes long and screenings will be followed by a chat! The film includes songs from Refuge and Sanctuary, which are up for four Canadian Folk Music Awards. 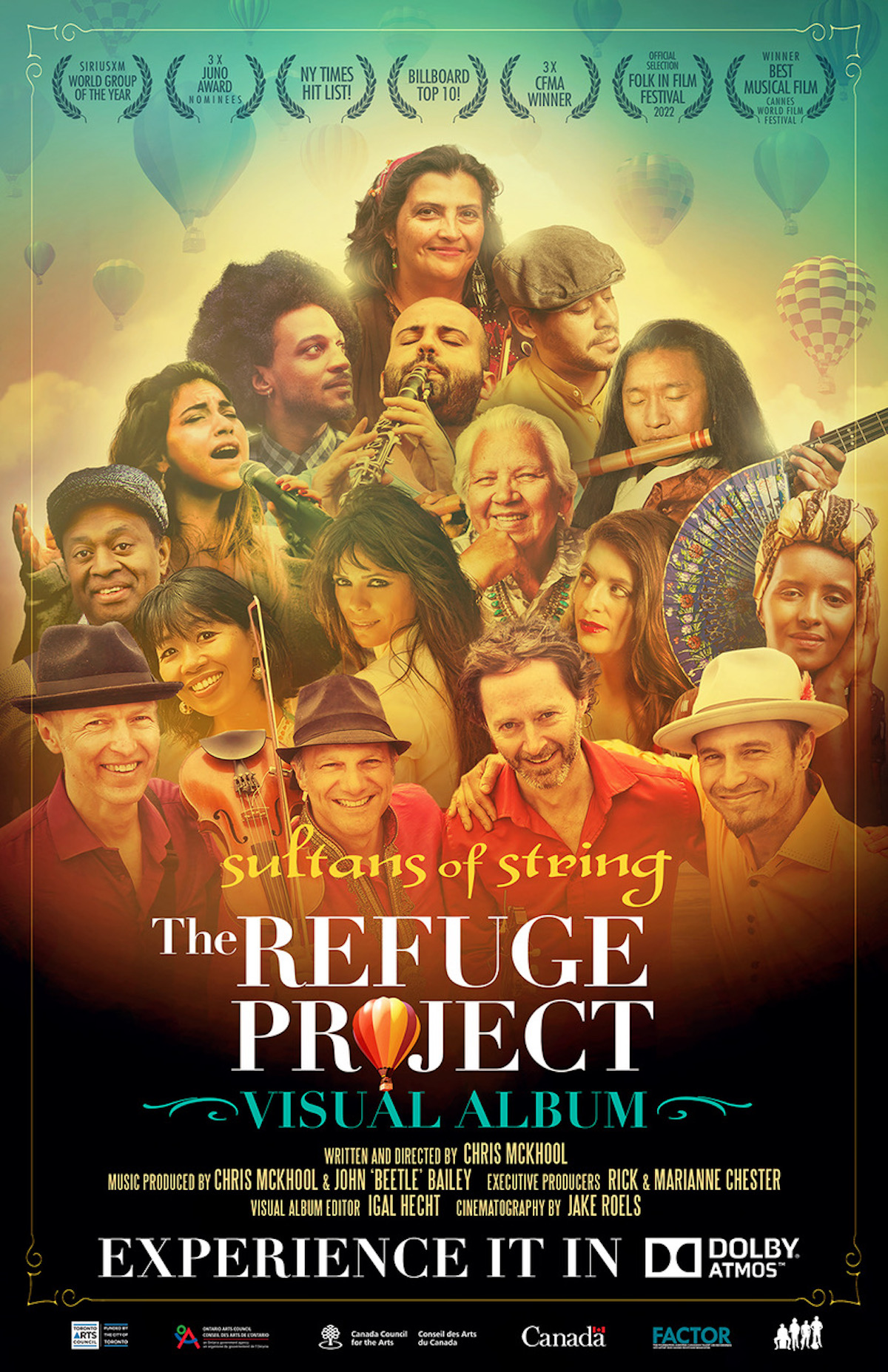 Mixed in full Dolby Atmos, this ambitious, diverse, inclusive, and passionately political film puts the Billboard-charting world music group Sultans Of String face to face with a VIP roster of global ‘ambassadors,’ some of whom are recent immigrants and refugees to Canada and the U.S., as well as essential Indigenous voices. All are masters of world music that communicate with each other through the global language of music.

Addressing the struggles of life on Mother Earth has always inspired this band. In Sultans Of String: The Refuge Project Visual Album, they bring their unique brand of musical synergy and collaboration to bear on discussion and songs that speak to the challenges facing the world’s displaced peoples — their stories, their songs, their persistence and their humanity.

Joined by an international cast, this three-time Juno-nominated band immerses themselves in the plight of the international refugee, and the humanitarian response that should greet everyone in search of a home.
Mckhool explains, “The larger Refuge Project is centred around the positive contributions of refugees and new immigrants to Canada. We are bringing in special guests that are newcomers to this land, as well as global talents that have been ambassadors for peace. We wish to celebrate the successes of those who make the journey here and bring their extraordinary talents with them, in this case, music. Each one of us has a remarkable story to tell, and we are excited to share the beauty of these collaborations with you.” 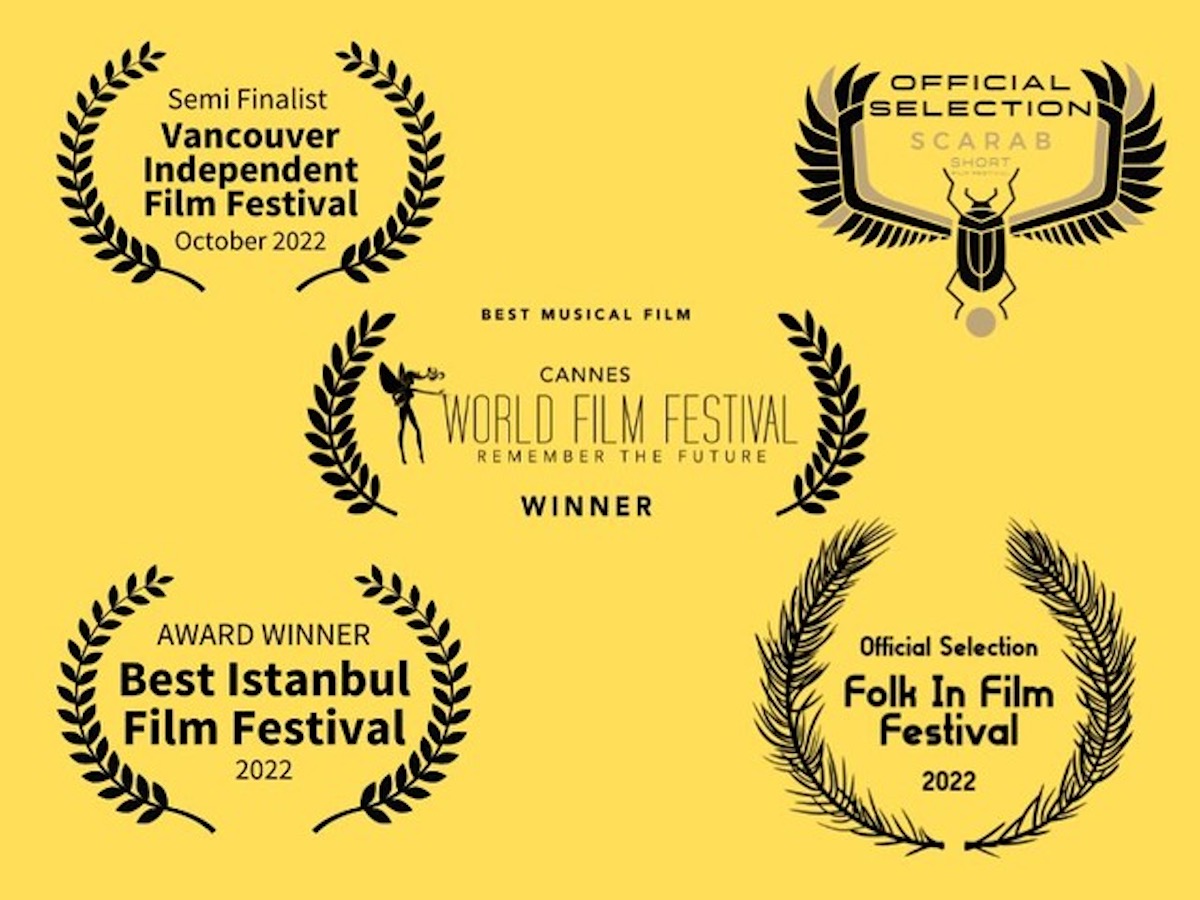 “The true inspiration behind these albums and film is the incredible artists we get to collaborate with,” says McKhool. “We learn so much from these diverse voices, and each one of them is so personally inspiring. As Ahmed Moneka, an artist and refugee from Iraq says, ‘Love is the main reason for a great future,” and we are so privileged to be able to collaborate with so many incredible voices on this project.” 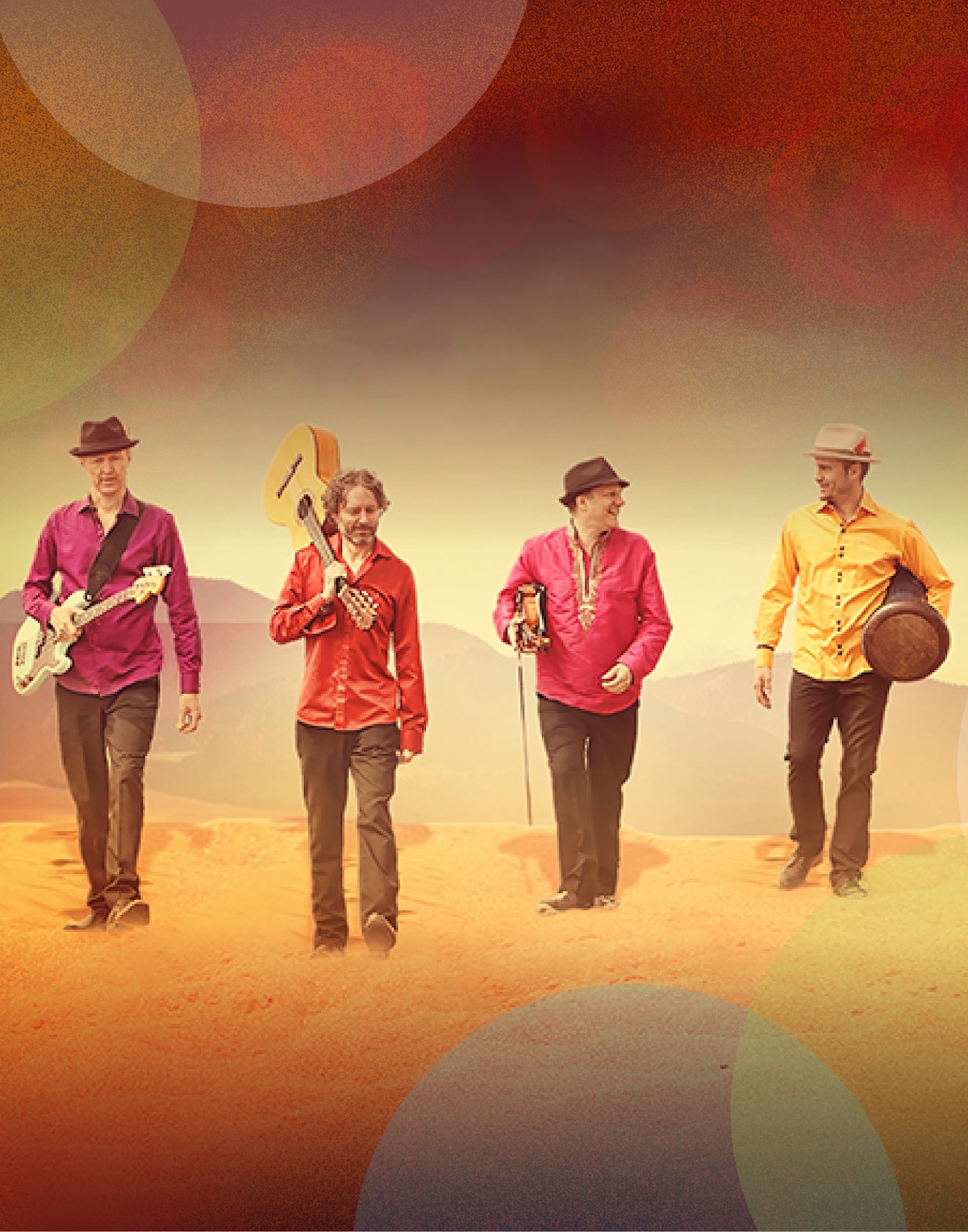