Home Read Albums Of The Week: Guns N’ Roses | Use Your Illusion I... 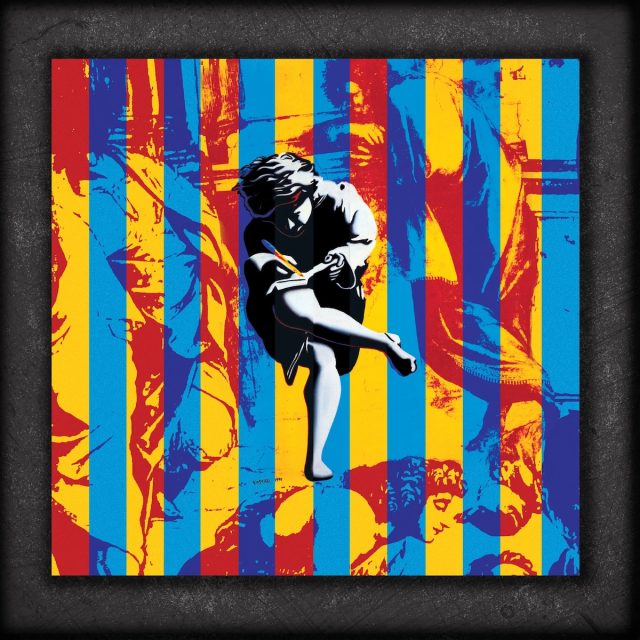 THE EDITED PRESS RELEASE: “Use Your Illusion I & II is the ultimate box set reissue of Guns N’ Roses’ 1991 multi-platinum releases. The Super Deluxe Edition feature a total of 97 tracks, 63 of which are previously unreleased. The original studio albums have been fully remastered for the first time from high-resolution 96kHz 24-bit transfers of the original stereo 1/2-inch analog masters.

Guns N’ Roses’ highly anticipated third and fourth studio albums Use Your Illusion I and II were originally released simultaneously on Sept. 17, 1991. With the massive success of GN’R Lies and Appetite For Destruction, the band had the daunting task of a followup album. Not only did they deliver; Guns N’ Roses surprised the world by releasing not one but two new full-length studio albums. Upon release, Use Your Illusion I reached No. 2 and Use Your Illusion II took the No. 1 position on the Billboard 200 chart concurrently, selling over 500,000 copies in the first two hours of release, with an estimated sales of over 685,000 and 770,000 respectively within a week of release.

Use Your Illusion I features the band’s bombastic cover of Paul McCartney’s Live and Let Die, the Top 10 hit Don’t Cry, and one of the ultimate hard-rock power ballads — the ’90s anthem and MTV staple November Rain, which hit No. 3 on Billboard’s Hot 100, spent a total of 30 weeks on the chart, and holds the title of the first video from the ’90s to hit 1 billion views on YouTube (now nearing 2 billion views). November Rain will now include a real 50-piece orchestra for the first time — newly recorded, conducted and arranged in 2021 by Grammy-winning, Emmy-nominated composer Christopher Lennertz. 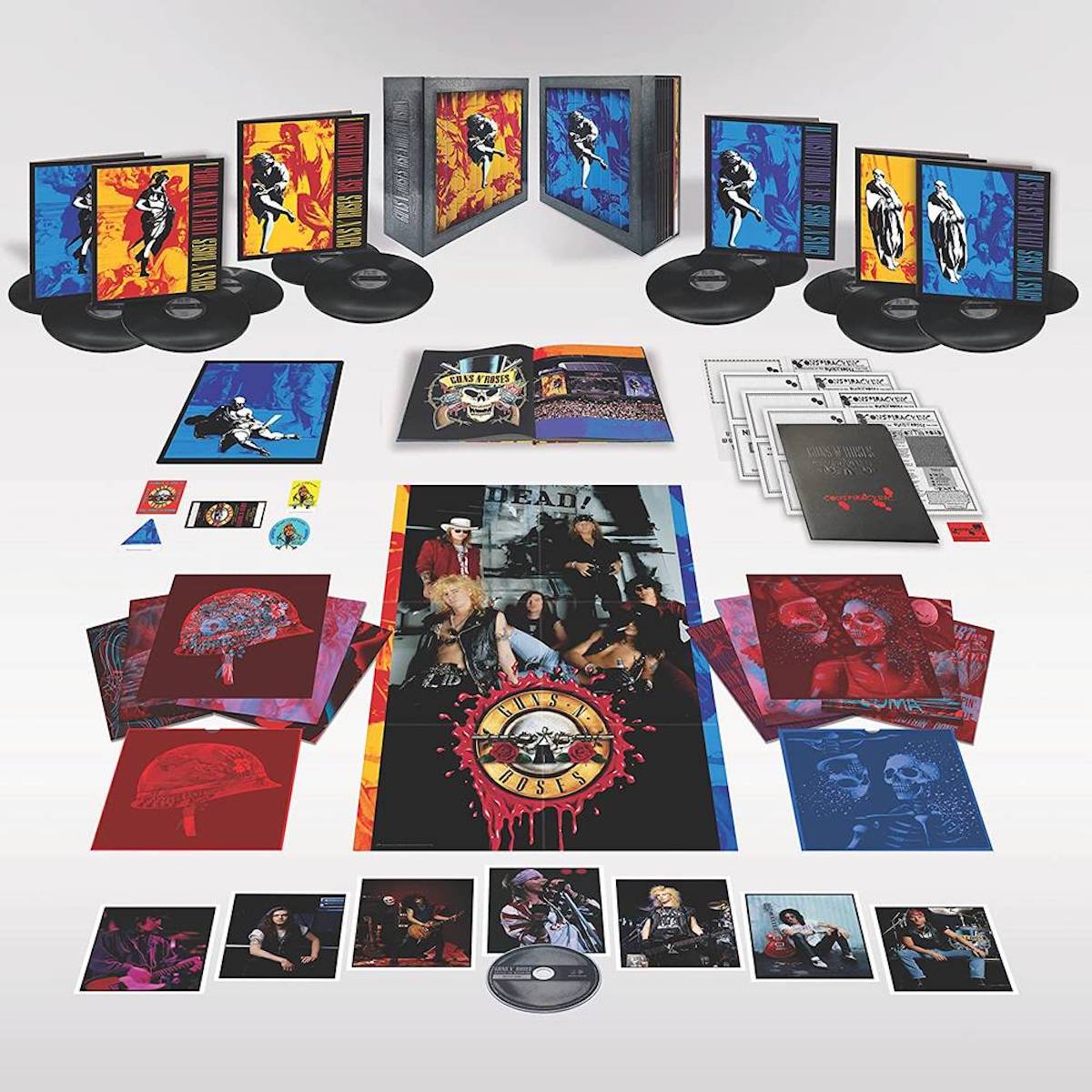 Use Your Illusion II features the band’s Top 50 single You Could Be Mine, Civil War, which reached No. 4 on Billboard’s Mainstream Rock Airplay chart, their cover of Bob Dylan’s Knocking On Heaven’s Door and an alternate version of Don’t Cry featuring different lyrics.

The Super Deluxe Edition also includes the complete audio of Live In New York, taped at the Ritz Theatre on May 16, 1991, with sound newly mixed from the original multi-track tapes. This legendary show is one of three warmup shows for the Use Your Illusion Tour featuring Izzy Stradlin on guitar. The show also includes the original version of Don’t Cry and a special performance of You Ain’t The First, both of which features the late Shannon Hoon of Blind Melon on guest vocals. Also included is the audio of Live In Las Vegas, taped at Thomas & Mack Center on Jan. 25, 1992. Also newly mixed from the original multi-track tapes, it features the band’s new guitarist Gilby Clarke. The bonus disc is a Blu-ray Video of Live In New York, newly transferred from 35mm film prints to 4K UHD and presented in 1080p 24fps HD, in its entirety, along with audio mixed in Dolby Atmos, Dolby TrueHD 5.1 surround, and PCM 48kHz 24-bit stereo. This is the first release of any complete audio and video concerts from the Use Your Illusion era.