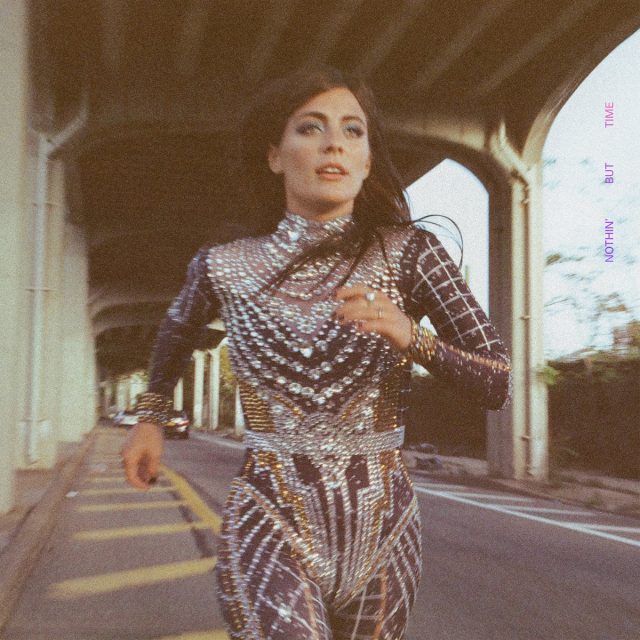 THE EDITED PRESS RELEASE: “Breanna Barbara’s second album Nothin’ But Time is a raw, immersive trip through the sounds of psychedelic rock and blues, anchored by her forceful vocals and unforgettable songwriting. Sporting a sound that feels classic and of-the-moment at the same time, Nothin’ But Time is the next chapter in Barbara’s exciting career, cementing her as an artist who’s committed to plumbing new emotional depths as she bursts through every sonic barrier put in her way.

The Minnesota-born and Florida-raised Barbara fell in love with old country and Delta blues while travelling as a teenager; eventually, she started writing songs and taught herself slide guitar while attending acting school. After her father passed away, she moved to Vermont for a spell and found a new creative spark amidst isolation and mourning. “Music was an emotional side of me that I would hide,” she explains. “I use music as a stream-of-consciousness exercise to get my feelings out.”

When Barbara migrated to New York to finish school, she got serious about pursuing music as a career, putting up songs on Bandcamp and gigging at legendary NYC venues. Hoping for the best, she eventually sent demos to producer Andrija Tokic (Alabama Shakes): “To my surprise, he said, ‘Let’s make a record,’” she remembers. Barbara decamped to Nashville’s Bomb Shelter studio with Tokic and assembled a crack backing band to record what would become her debut album, Mirage Dreams. “It was a magical lineup,” she recalls. “They became my best friends.” 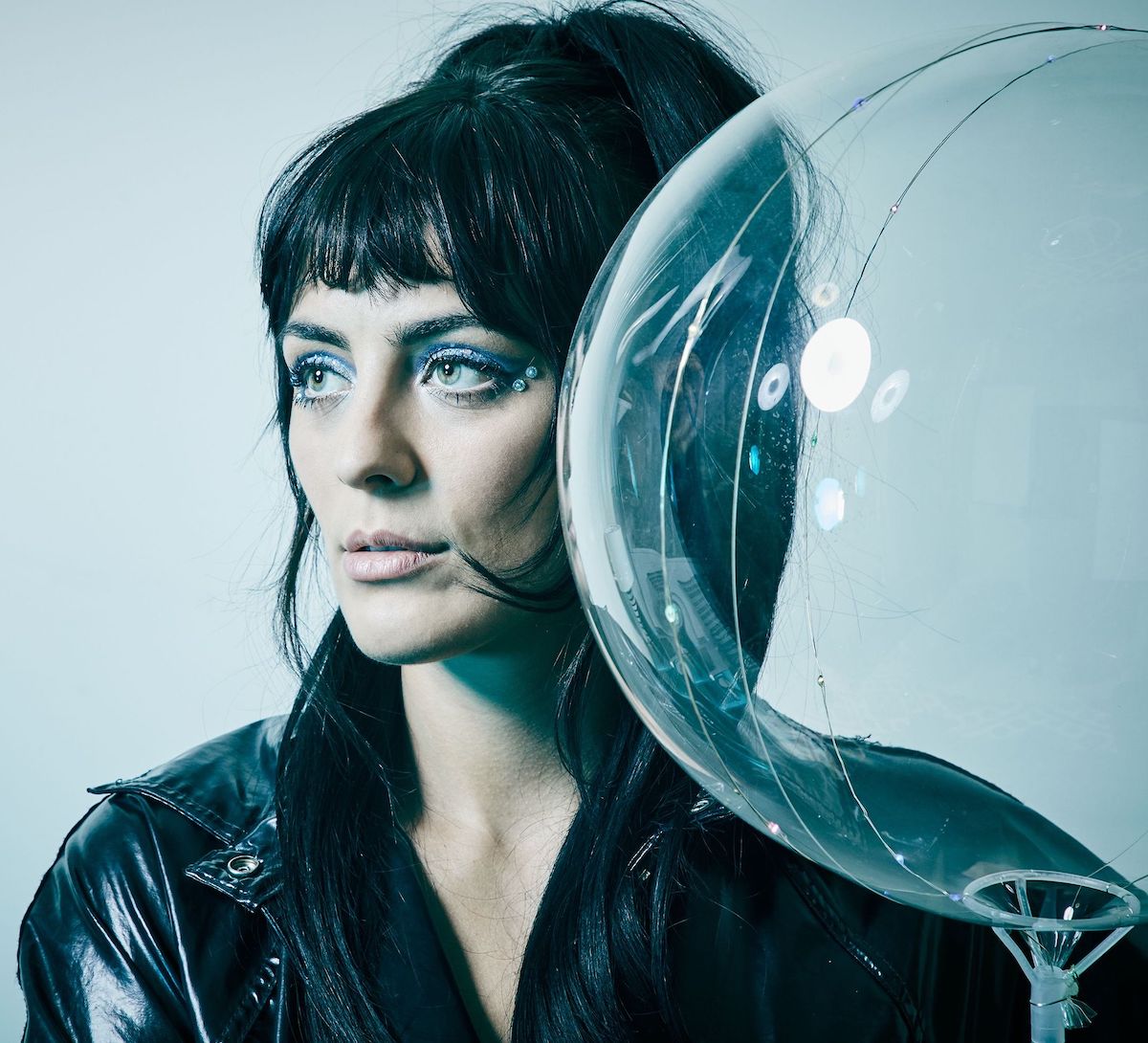 After the release of Mirage Dreams, Barbara collaborated with legendary trip-hop vanguard Tricky; while on tour with her band and in her own downtime, Barbara also wrote the bulk of Nothin’ But Time, with some of its 11 songs dating back to 2017. Originally, Barbara recorded 17 songs for the album, several B-sides of which — including the brooding and expansive Big Bang Blues — were selected to appear on the Netflix shows Sex/Life and In The Dark. “It was one of the first songs I ever wrote,” Barbara says about Big Bang Blues, “and as I dove more into spiritual and celestial realms, I wanted to say thank you to all those who inspired me to pick up a guitar and process my own mental health. It’s never easy, but it’s so needed.”

“I wanted each song to come from a genuine place,” she continues. “I’m very sensitive and emotional, and I’m at my best when I’m coming from a true place.” For the recording of Nothin’ But Time, Barbara hit the Bomb Shelter again with Tokic and her band in the months prior to the COVID-19 pandemic to put everything to tape: “I’d learned so much since the last time we were in the studio that I knew I could have a stronger voice getting back into the studio again.”

With contributions from musicians like Jack Lawrence (The Dead Weather), Tall Juan, Derry DeBorja (Jason Isbell) and Champagne Superchillin’s Ben Trimble and Charles Garmendia, Nothin’ But Time reflects Barbara’s headlong journey into the world of psychedelic rock and pop, mixing these heady styles with her already established hard-driving blues-rock approach with warped Theremin tones as well as celestial vibes courtesy of DeBorja’s own synth wizardry, as Barbara and her band sought out to create mind-expanding music that’s also firmly rooted in the real. 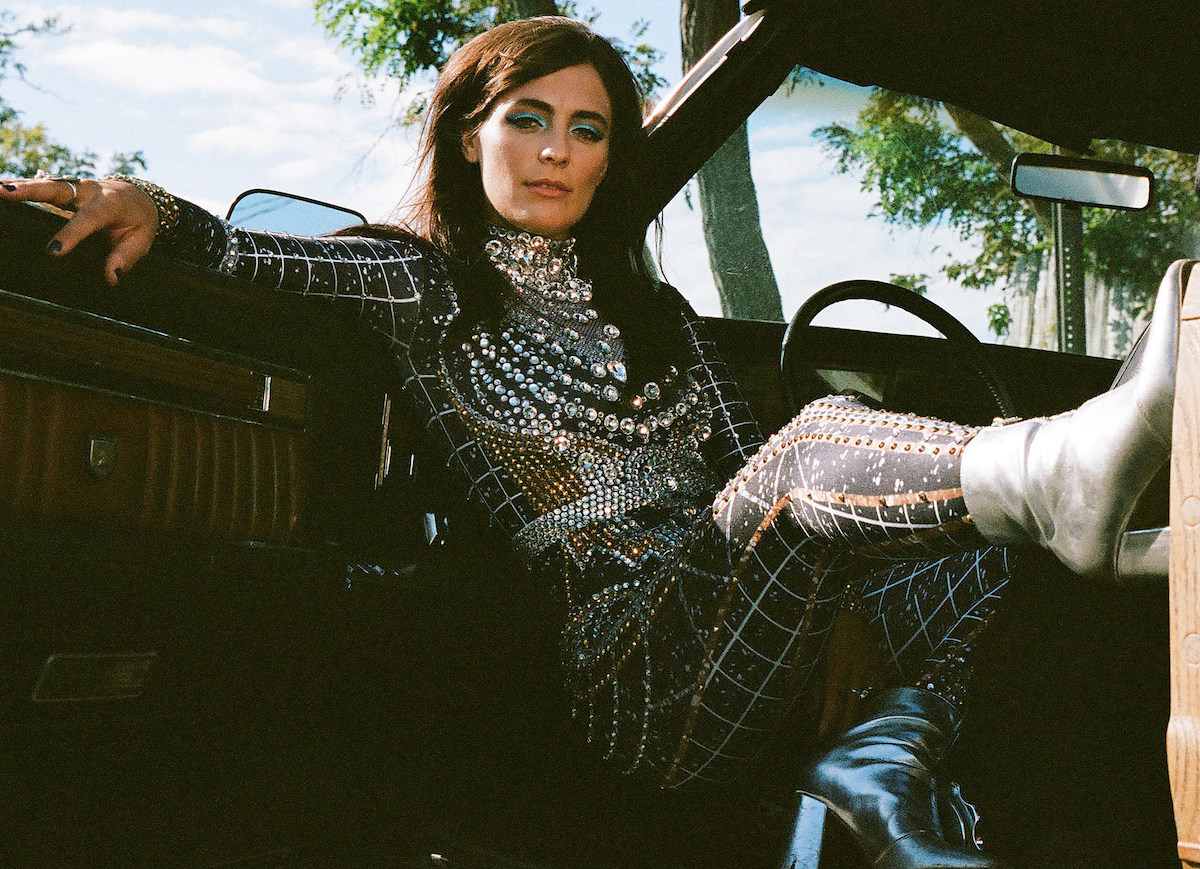 “I wanted to make a record that reflected what was going on in the world and outside of myself, while exploring my sound more,” she explains. There’s the organ-rich ecstasy of You Got Me High and the hair-raising, Cat Power-recalling intimacy of Devil. Me Too is a searing rumination on the patriarchy’s oppressiveness over punchy strings, while opener Diamond Light features rolling drums and miles-long guitar lines, as Barbara’s voice cuts through the atmosphere while ruminating on nostalgia and the perils of looking back. “We can look at things so beautifully, but in hindsight they have another facet to them,” she explains regarding the lyrical perspective.

Over the driving beat of Landslide, Barbara zooms in on the ways fate affects our daily living, and the complications that come from taking the wheel. “I’ve been trying to trust my intuition more as I get older,” she explains. “I’m very impressionable, so I find it best for me to focus when there’s nothing else around to influence my decision.” Then there’s the howling title track, which takes on the heavy subject matter of facing down death itself.

“Death has always been something that’s hung over my head,” Barbara ruminates while discussing the song. “The idea that we have nothing but time makes me want to throw everything in the air, but I also want to hold on to everything so tightly that I don’t want to move forward.” Nothin’ But Time is defined by such honest self-expressions — a fearlessness that’s at the core of her artistic outlook and overall way of being. “I’m all about not being afraid of your own voice,” Barbara states. “The way out of the hardest times is deep within you. You are enough.”