Maybe white men can’t jump. But at least a few got rap game — and without resorting to the misogyny of Eminem or the yee-haw idiocy of Kid Rock. Say hello to Buck 65 and MC Paul Barman, two names at the top of this year’s hip-hop draft picks.

Nova Scotian Buck 65 (aka Rich Terfry) would be the valedictorian of this graduating class. Square — his sixth full-length and the fourth instalment in his Language Arts series — is part post-grad thesis, part art installation. The hour-long song-cycle concept album is divided into four untitled musical blocks that join into a dense, meticulously constructed narrative of downtempo beats, darkly funky tracks, deft scratches, growled pronouncements like, “The hippies of today will be the squares of tomorrow,” and samples of everyone from William S. Burroughs to Bill Cosby. 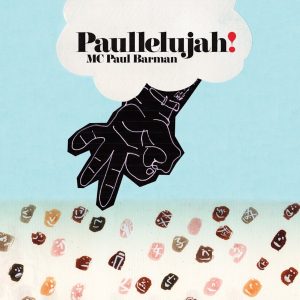 New Jersey’s Paul Barman, on the other hand, plays class clown on his debut full-length Paullelujah! Crossing the smartypants vibe of Beastie Boys with the X-rated horndoggery of Kool Keith and the sampledelic playfulness of De La Soul, Barman paints himself as “the ne plus ultra of B+ culture,” but when he boasts that he’s “Iller than the Iliad,” you realize his brain is as big as his mouth. And when he announces he’s “advancing the art form and depantsing a fart storm,” it’s obvious he’s right — on both counts. Looks like both of these b-boys are ready for the big leagues.