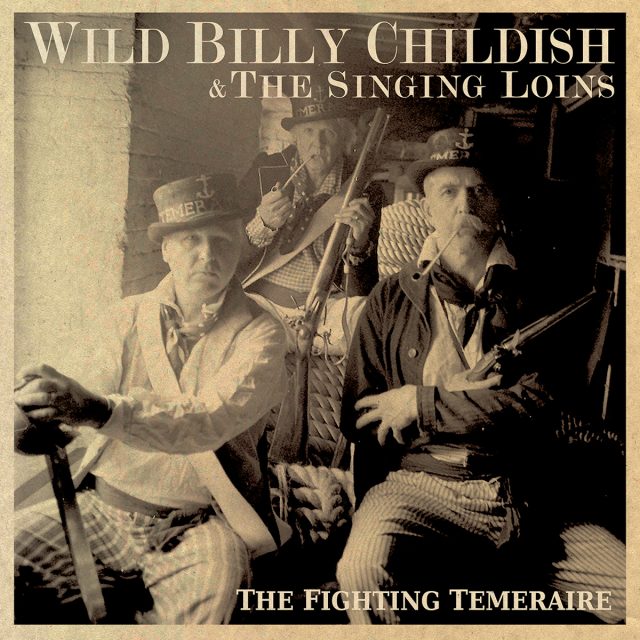 THE EDITED PRESS RELEASE: “In memory of Chris Broderick of The Singing Loins, who passed away earlier this year, here’s a new studio album by Wild Billy Childish and Arf and Rob from The Singing Loins.

The Fighting Temeraire contains new songs, old songs re-worked, traditional songs and a Bob Dylan cover. HMS Temeraire was a 96-gun ship of the line, built in Chatham, as was HMS Victory. After Broderick’s death, Billy, Arf and Rob decided to get together and record a 45 in his memory. The single Song Of The Medway soon led to this full-length LP.

The Billy/Loins connection goes back to the early ’90s. Billy had recorded the first two Singing Loins LPs in his bathroom back then, as well as an LP of folk variations of his own tunes with Chris and Arf. It was Chris’s dying wish that the boys should continue The Singing Loins, so it was pretty much a given that this fine LP would come to be. At once ancient and modern, it is a fitting tribute to a great ship (and singer) of the Medway.”