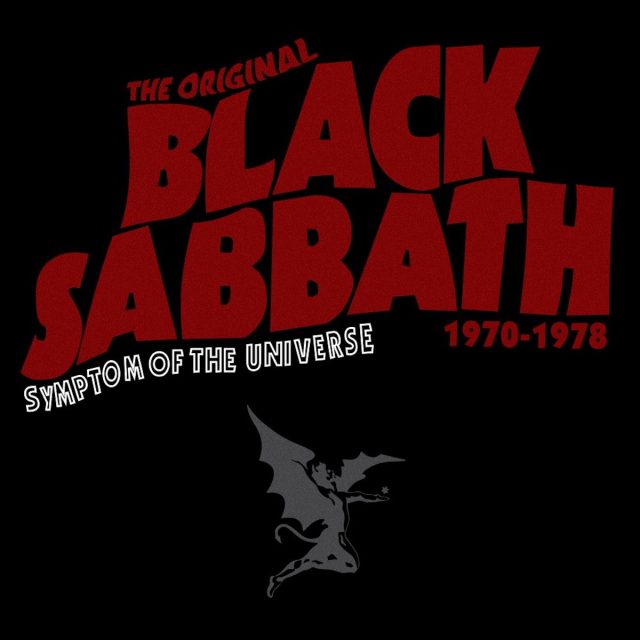 A few years back, Henry Rollins joked that El Niño was too destructive and evil to have such a cute name. His suggestion? Call it The First Four Black Sabbath Albums. If you get that joke, you’re the person the new Sabbath anthology Symptom Of The Universe was created for.

This two-CD set boils down the band’s first eight albums into a 29-song slate of sludge-metal classics including N.I.B., Paranoid, Iron Man, War Pigs, Fairies Wear Boots, Sweet Leaf, Children Of The Grave, Supernaut, Hole In The Sky and plenty more that will have you involuntarily throwing devil-horns and banging your head like your hair is on fire. Granted, there’s only one sorta-rare cut — Evil Woman, off the U.K. version of their first record. But if you don’t already own all these albums, this high-quality set could be all the Sabbath you need — at least for now.

Be warned, though: Once you get hooked (and you will), you’ll be shelling out for keepsakes like the new Black Sabbath Story DVDs. Vol. 1 covers the Ozzy Osbourne years and includes some pretty cool old clips — live versions of N.I.B., War Pigs, Children Of The Grave and Symptom Of The Universe, along with promos for Paranoid, Sabbath Bloody Sabbath, It’s Alright and Hard Road — intercut with interview footage of guitarist Tony Iommi and bassist Geezer Butler. As a bonus, there’s a lengthy interview with the band’s first manager Jim Simpson (think Michael Caine in Little Voice), who tries to point out their jazzbo roots. Sure, Jim. Similarly amusing, but in an altogether different way, is Black Sabbath Story Vol. 2, which tracks the band’s post-Ozzy slide into pointlessness. If you’re a fan of Ronnie James Dio, the interview footage and clips of Neon Knights and Die Young might make this worthwhile. But frankly, I doubt even Iommi could sit through ’80s-rock glop like No Stranger To Love and Feels Good To Me.