Home Read Albums Of The Week: Coheed And Cambria | Vaxis II: A Window... 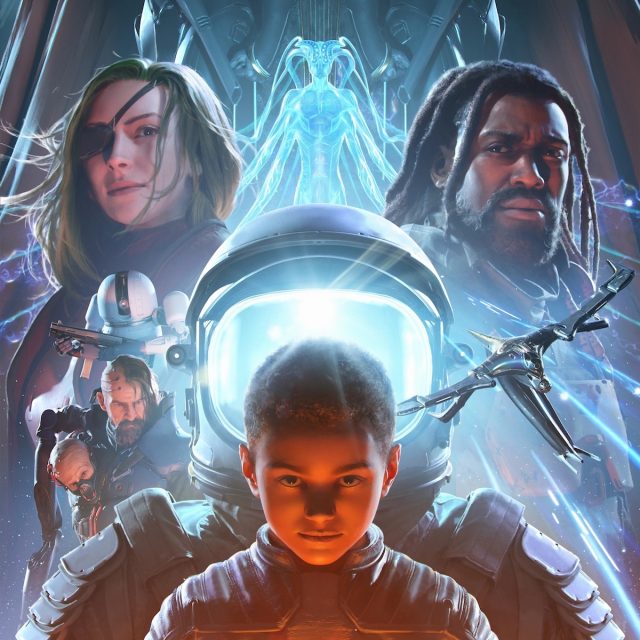 THE EDITED PRESS RELEASE: “If you’re a fan of basically any music genre involving a guitar, 2022 feels like a year for looking back. Depending on who you talk to, the pop-punk revival is in full swing, followed closely by an emo revival and possibly also a post-hardcore revival quietly (read: loudly) waiting in the wings. It would be tempting for a band like Coheed and Cambria — whose groundbreaking first album Second Stage Turbine Blade turns 20 this year — to revisit the sounds of genres they helped pioneer. But making the same album twice just isn’t in their blood. It never has been.

“I’ve always thought of us as sort of the oddity, the underdog,” said frontman and guitarist Claudio Sanchez. “Why follow trends [now]? I just wanted to write a record that was right for Coheed in 2022. We’re still breaking ground.”

That record is Vaxis II: A Window of the Waking Mind, which pushes the band’s sound in directions nobody could have seen coming two decades ago: From sparkling electronica to rock opera spectacle. Vaxis II also continues Coheed’s decades-spanning Amory Wars science fiction story, an undertaking that now encompasses nine albums, a multitude of comic books, novels, a trio of games, and a coffee brand. The new album serves as a sequel to multiple records in the band’s discography while retaining the accessible, emotion-packed lyrical style that turned songs like Welcome Home and A Favor House Atlantic into chart-topping radio hits.

There’s simply nothing else like Coheed’s fictional universe in music, with other bands only just now beginning to embrace transmedia storytelling in a way that’s come naturally to Coheed since their inception. In truth, Coheed got a head start not just on music, but pop culture in general; when comics were still considered the dusty domain of a subspecies of basement dwellers, Sanchez embraced the medium as a means of telling his superpowered sci-fi story. But even that approach came from a personal place: The characters of Coheed and Cambria represent his parents, and each entry in the saga chronicles his own messy, difficult journey through life. 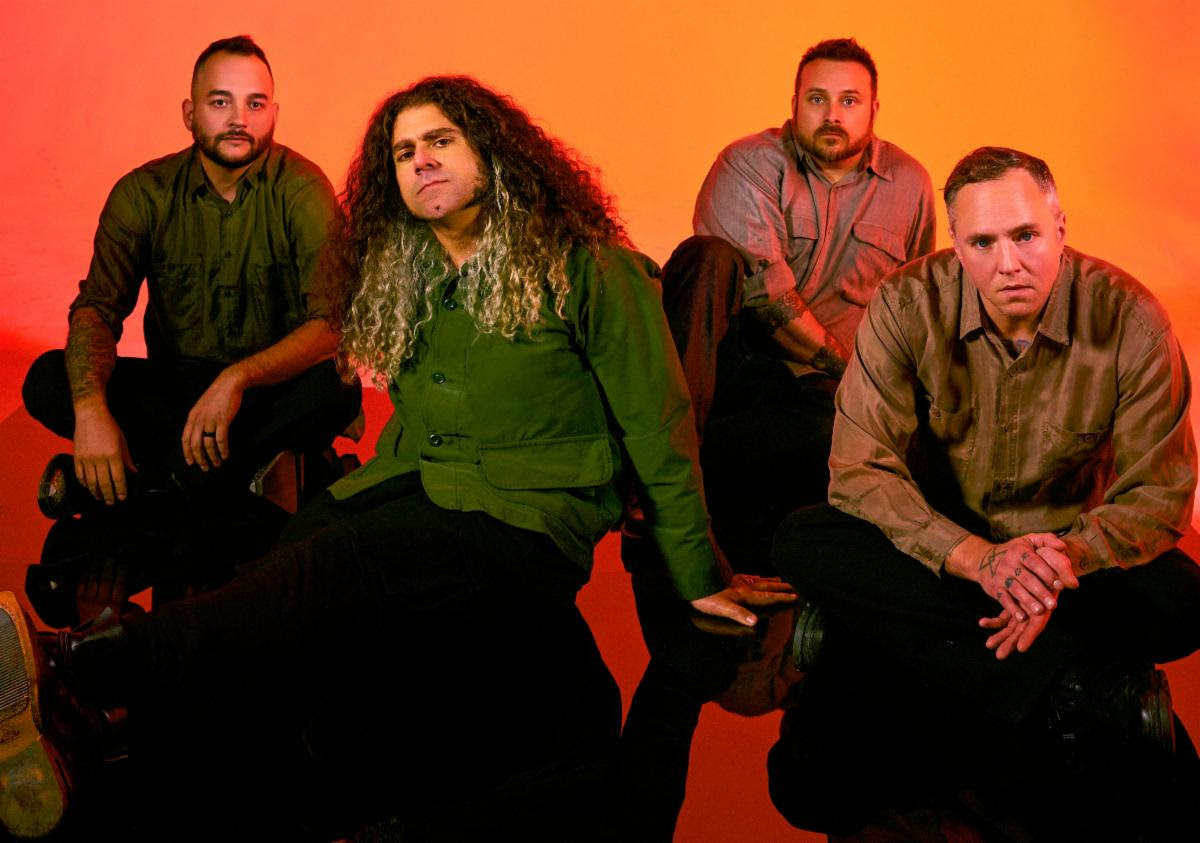 “They were riddled with my life’s story,” said Sanchez. “It’s just that I was afraid to be the figurehead of the band. I didn’t want people to know that these songs are very real and about myself, so I would take them and make them more fantastic.” When mainstream critics and prospective fans first caught wind of the comic book band’s ties, they weren’t sure what to make of it all. “At the time when it was all created and becoming public knowledge, it didn’t feel like it was being all that well received,” admitted Sanchez. “From the outside perspective, it felt like, ‘OK well, this is going to hit a ceiling,’ you know?”

But over time, this approach has resonated with fans to an even greater degree than other bands’ more literal lyrics. After all, who can’t identify with feelings of awkwardness and insecurity? Who hasn’t wanted to create an outlet for those feelings, to pour them into a productive mold and forge them into something beautiful? In every Coheed song, no matter how fantastical, those emotions come through. Rock stars have painted themselves as flawless sex gods since the dawn of time. Coheed is a band for everybody else, which has allowed them to amass one of the most singularly dedicated fanbases out there (If you want proof, just ask anyone who’s ever tried to run an online poll pitting any other band against Coheed).

That’s not to discount the importance of the storyline itself. Before our real-life Earth was gripped by the Galactus-like hand of Marvel madness, Sanchez tapped into something essential: Fans, Coheed’s success proved as early as 2002, are looking for something they can invest themselves in. They don’t just want a collection of random songs or a one-off story; they want lore and mythology — something meaty they can sink their teeth into and discuss endlessly with their friends. In times of both desperation and celebration, they’re searching for community. Coheed provides that through a story that’s equal parts universal and personal.

“It’s taken me 20 years to have these conversations (with fans),” said Sanchez, whose hard-won comfort with more straightforward expression shows in conversations he has with fans on modern platforms like Twitch and TikTok. “There’s a comfort that comes with that, because we’re coming from the same place.”

Even while boasting some of Coheed’s most accessible material to date, Vaxis II is putting the story front and center more than ever, with accompanying cinematic visuals in both music videos and an official novelization co-created by Sanchez and his wife, Chondra. Sanchez recognizes that not everybody will immediately get it, but he’s confident in the story he’s telling because he’s seen it bring people together firsthand. “I know it’ll probably be hard for some when you look at the album and you’re like, ‘This looks like a movie. What’s even in here?’” Sanchez said. “But why hide that? Hopefully, if you don’t want the concept, you can look past the art and just enjoy the music. But if you do [dig deeper], I think you’re going to be well rewarded.” 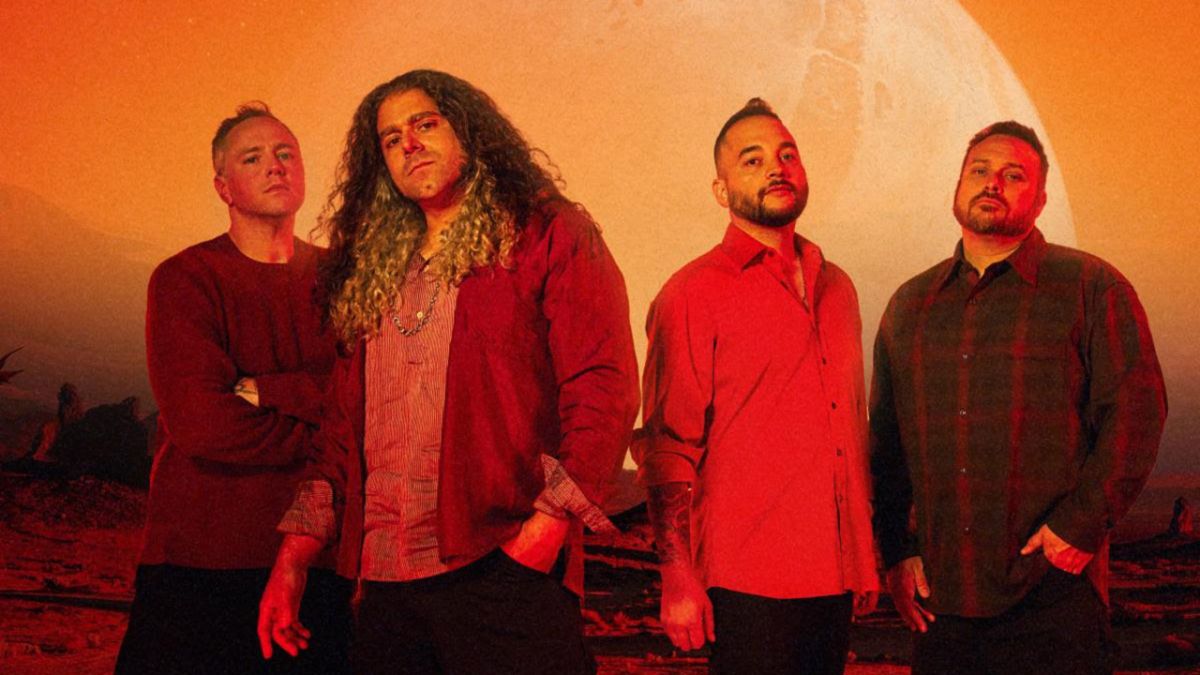 Already, Vaxis II track Shoulders has proven to be Coheed’s best-charting yet, and it’s a perfect embodiment of the dualistic nature of the band’s songs: On one hand, it’s about a character whose brother — or at least, part of him — is physically fused to his shoulder, but on the other, it sees Sanchez wear his heart on his sleeve in expressing frustration at Coheed’s outsider status. “It keeps me hungry and not complacent — the idea that it’s not over, that there’s still ground to cover,” said Sanchez. “But even if we were embraced by the mainstream, I would still be challenging myself because it’s what I need to do to live. I need to write music.”

A career full of success, experimentation, and frustration culminates in Vaxis II’s title track, A Window of the Waking Mind. Preceded by straight-ahead rockers like Shoulders and synth-flavored ragers like A Disappearing Act, it’s nonetheless one of Coheed’s most ambitious songs ever — an eight-minute, six-movement opus that seamlessly blends together ideas from Broadway theater, metal, rock, pop, and movie soundtracks. Alongside the aforementioned novel and visual art, it elevates the Amory Wars saga to its most cinematic place yet. It does this all in service of the real heart of Vaxis II: Sanchez’s son Atlas, who has served as inspiration even before his arrival. The song punctuates a tale in which Vaxis is largely in a coma-like state, with his parents seeking a cure. In the end, however, they discover that within his mind, he’s traversing all of time and space. Sanchez wrote it to convey his own experiences in “learning to be a caretaker and a good husband,” but also as a metaphor for the pressure put on parents and children to conform to a standard way of parenting and of growing up.

“Being a dad and watching so many of my friends go down the path at the same time has made me recognize my own introversion and neurodivergence. I see how that could be something misunderstood or squashed by the world.” said Sanchez. “It’s personified in the story that the parents are looking for some sort of pharmaceutical to cure their son when in actuality that’s not what they need at all. They just need the perception to see that this is power, not weakness and help Vaxis tap into the ways to harness it.”

It’s the sort of grandiose, all-encompassing song that might feel jarring on a record by just about any other band, but Sanchez believes that this is what happens when you consistently break new ground: You earn the right to pave over it however you please. “We were always on the outside,” said Sanchez. “But I think we’ve afforded ourselves the liberties and flexibility to do all these sorts of things. It’s all right in the wheelhouse of what we do: the straightforward poppier messages meeting the more perplexing progressive aggressive stuff. It’s all there, and it’s always been there.” 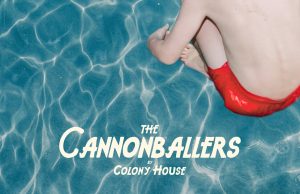