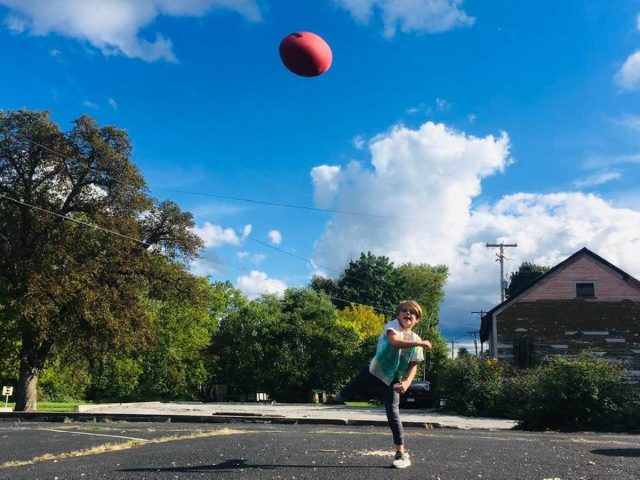 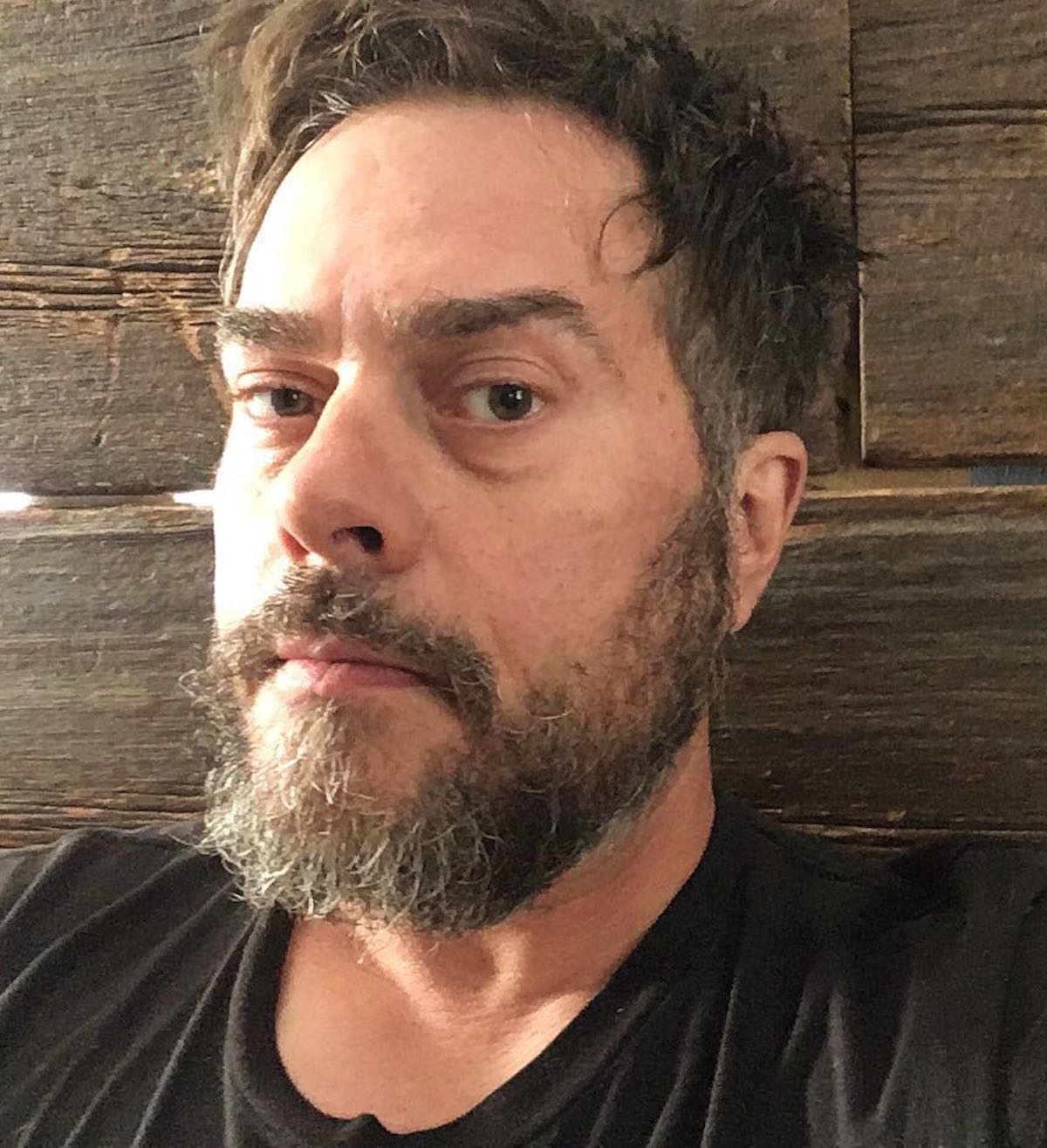 The afternoon sky is forever blue, me and Charlie on the ground. To the Crows in the woods across the creek, we are small. We are commoners of no interest to the gods of the Forest. And that I understand/ it doesn’t hurt my feelings. We are together in this moment, the kid and me. 8 years old plus 50 years old equals 58 years old. So collectively we are probably older than almost all the Crows except maybe the king himself. Or the queen. But who cares. King Crows and queen Crows would also likely take a moment to bow their heads in recognition of what is about to happen if they were in fact over there in the treetops with this cackling bunch today. They are probably not though. I mean, the head honcho Crows don’t waste time hollering at vultures and shit like this lot do.

The main Crows/ the god Crows/ they grow fantastically enormous on the half-eaten doughnuts and fat wads of Italian hoagie that the peasant crows bring them, incessantly. A never-ending feed inspired by blind allegiance. Some call it real love. Some: a kind of wild patriotism. Me? I call it madness. These regular Crows grow these god Crows fat like foie gras geese and then fatter still, until the once fit bird, chosen and selected by the murder to lead them, begins to grow down in tree trunk space, going blind after years in the utter darkness, until the day comes when it cannot move at all. Outsized in a way that wedges it forever in the Hollow Trunk Palace, it can only stare upwards, towards where they know the High Hole to the World is, even if they can no longer witness its light/ its wonder and promise. They look at it/ no longer seeing it/ and they are angry inside at what the urge for power has done to them. It’s understandable. I mean, fuck.

Fat and immobile and completely dependent on their immensely loyal subjects for survival/ they long to hear the voices of the sleek and the moving and the beautiful when they return from their hunts and perch steadily on the crest of the High Hole to the World.

“A humblest beak of fallen salt popcorn for My Lord!,” announces the Watch Crow as the the Hunter Crow lets it drop down into The Supreme Dark.

“A humblest beak of fresh river water for My Lady!”

“A humblest gift of coins for My Lord!”

“A humblest gift of a Michelob bottle cap for My Lady!”

And the shit rains down on their fat heads and they shout out new orders, licking at the drink/ lapping at the food/ being buried, slowly but surely, under the growing weight of these gifts from a land they still rule but will never see again.

Anyways, me and Charlie don’t care. Why would we?

Fuck everyone else. Fuck the Crows. Fuck the government. Fuck the churches and the ice cream trucks and the armies halfway across the world pouring lead into each other’s soft skin. Fuck the cowboys in their pickup trucks tailgating me down the valley road because they are so angry at the universe because of the size of their baby wangs. Fuck the police. Fuck the frozen pizza people. Fuck the doctors and fuck their rude-ass ways. And fuck the pro football players and also the college football players, too.

I mean, the dream is short.

And there is no room in the dream for all this Penn State traffic on Saturday mornings around here.

Drop it in your ass.

Drop it from a Good Crow’s beak/ drop it down into the hollow darkness of your margarita buzz Gameday tree trunk/ drop it like it’s hot/ 5 tons of long tall Winnebago crashing down onto you fat trapped bastards/ 100,000 people cheering at once as they watch you swallow an entire RV like it was a gummy worm on a bright cheery tailgate morning when the world was lying, quite obviously, to itself.

Fuck all this pageantry.

We are all dying as we speak.

You know what I mean?

I don’t care what you do.

Watch all the goddamn college football you want.

Soon they will watch college football without you/ park the RV in the old spot/ heat up the clam chowder and the chili in the crockpots in the places where you once stood listening to the Steely Dan or the Smokey Robinson or the Fleetwood Mac on the Bluetooth/ and it’s gonna be like you were never even here to begin with.

Which- by the way- is also true.

Me and Charlie are moving out through the backyard towards the church parking lot to have a catch with the football. It is Charlie’s request and today it seems to come at me in a strange blaze of magic. In the house, I’d been laying on my bed, feeling blue, feeling dejected by things/ by money problems and by work stuff and by my own self-worth/ wondering if my death would somehow be better for the kids, or for Arle/ when something got me up. Made me move. Moved me. Moves made. Movie Man.

I went down to meet the school bus and it was the old thing, man. The old sounds. The faded churn of distant acceleration. The rising rush of the dirty motor song. The coming hum/ yellow and black/ afternoon promise/ train on the track. Two 8-year-olds, Piper and Charlie. Stepson and son, respectively/ but son and son, effectively. In the front room, just by the front door, with the dogs clacking their long nails on the fake wood floor, I stood there determined not to kill myself one more time because I could hear their voices screaming with joy as they moved from the bus to the street, then the street to the sidewalk. Then their kicks flapping down the sidewalk. The wap wap wap Wap WapWap WAp WAp WAp WAP WAP WAP WAPWAPWAPWAP!WAP!WAP!WAP! as they come closer to our porch, to our house, where we live with each other a lot of the time, and where we intertwine and immesh ourselves into each other’s worlds. Me stood there in the middle of all these Halloween decorations we’ve been putting up/ black cats and uneasy ghosts and hideous witches with their warty faces and their banging bodies underneath all that creepy cloak shit (who knew?)/ me stood there listening to the coming of the happy slappy kid foot rag coming down the block.

Probably it has all gone down like this in this exact spot before. Across the years in this hundred plus year old house, how many people have heard this very thing? This rhythm of youth. This drumroll from one song ending into a fresh one being born. Count it in. Count us in. Here we go. The band starting up again and the color streaming back into the world just as it had been draining out/ all the blues and greens and yellows and reds draining away with false dusk settling on the whole damn town. Now it comes roaring back/ the next song/ 1-2-3-4!

Maybe I stop in my tracks and lift RVs and toss them aside like firewood logs because I am trying to clear a fucking path for some truth. You ever think of that, hoss? You ever think that maybe I am trying to be in the running tracks of these youngest kids of mine the moment they come blasting through that afternoon door/ snacks on their minds/ YouTube on their minds/ hammering across the old porch boards/ their sneakers booming now like cannons opening up in the fields over by the Amish farms?

Their cheap dirty sneakers thumping across the old porch boards like musket shots from skirmishers in the cornfield shadows. Firing at me from so long ago. Shooting at us from across the resting years/ from across these buried centuries.

Hollering so loud/ crying out shrilly/ packs on their backs/ rebels crashing through their lines/ these kids I know come barreling through the door and they are covered in black powder dust and war grease and the splattered brains and flecks of skull of good friends who took it hard in the face/ right next to these two!/ my boys living as other boys dropped/ and there I am/ once again/ trying not to daydream so much transcendentalist mysticism into, like, the fucking kids getting off the goddamn school bus like they do every day/ but it’s pointless, I guess.

I can’t stop trying to stay alive, you know? And this is evidently how I do it. How I keep on keeping on for now.

I pour on the theatrics. I Civil War the whole fucking world. I Gettysburg me pissing on a tree in the woods at work and I create Crow Kingdoms in my head while I’m toasting a frozen waffle for my stepdaughter at 7 in the morning, on a banal Tuesday, when everything that ever has been and ever will be seems intrinsically connected to me suddenly because:

It turns out it is.

The connections are there, they are real. I didn’t dream this stuff up.

Tell me the truth, dude. 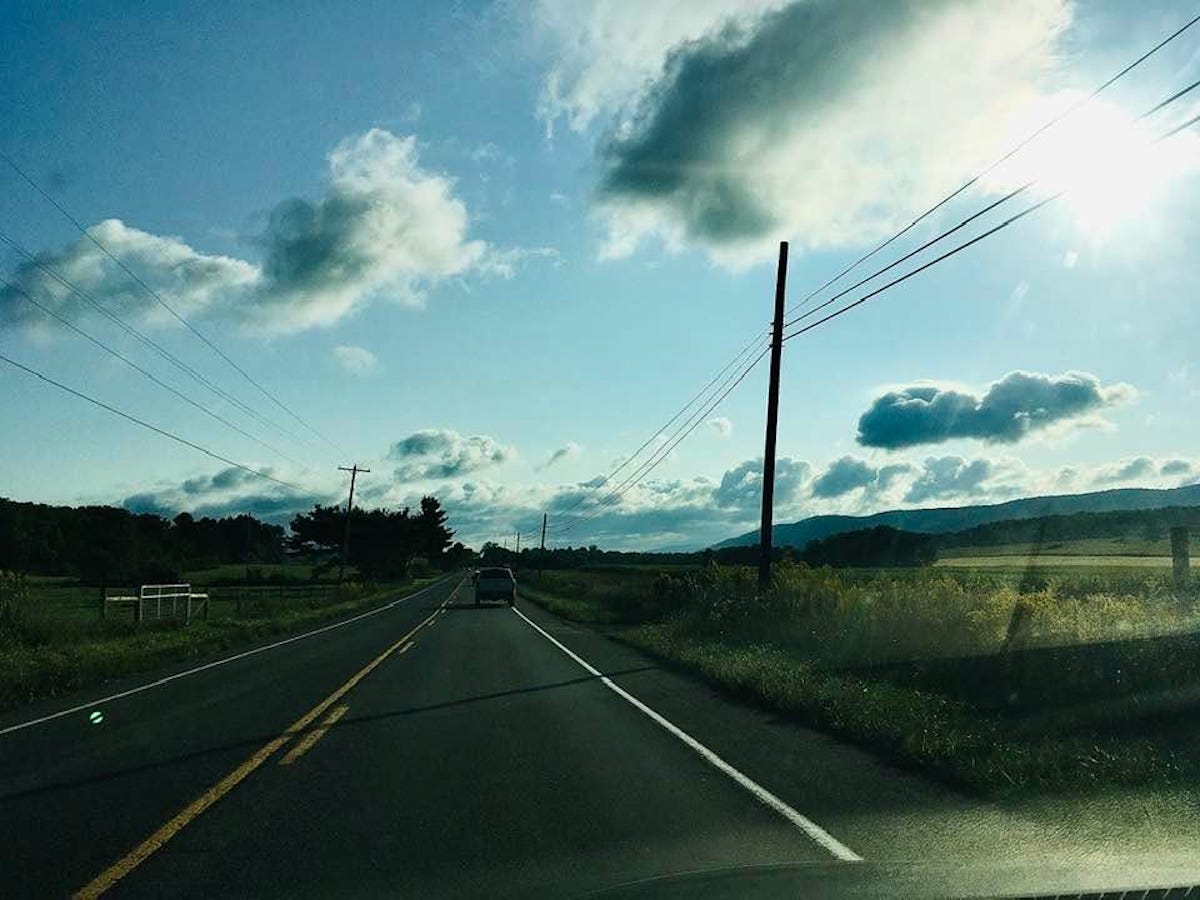