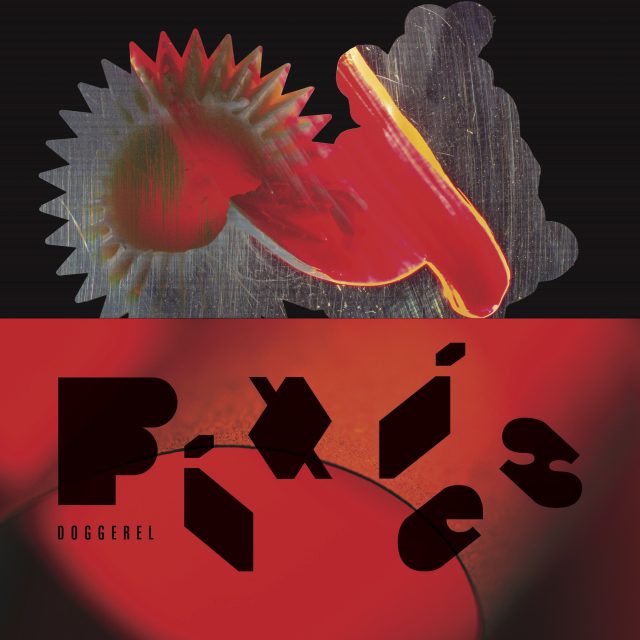 THE EDITED PRESS RELEASE: “The iconic Pixies forged an influential path for alt-rock during their first era, while their post-2004 reunion has seen them alchemize more sophisticated dark arts — and add another three U.K. Top 10 albums to the three they achieved on their first run. Now as fired up as ever before, Pixies present their eighth studio album Doggerel, a mature yet visceral record of gruesome folk, ballroom pop and brutal rock, haunted by the ghosts of affairs and indulgences, driven wild by cosmic forces and envisioning digital afterlives where no God has provided one. And all the while, right there on the news, another distant storm approaches.

Guitarist Joey Santiago says, “This time around we have grown. We no longer have under two-minute songs. We have little breaks, more conventional arrangements but still our twists in there.”

Singer/guitarist Black Francis adds, “We’re trying to do things that are very big and bold and orchestrated. The punky stuff, I really like playing it but you just cannot artificially create that shit. There’s another way to do this, there’s other things we can do with this extra special energy that we’re encountering.”

That energy shimmers in the album’s first single There’s A Moon On, which fits into the space between prototype squalling Pixies guitars and heartland rock classicism. Thematically it plays somewhere between fact and legend, playing upon the adrenalizing effect of the lunar cycle on the human psyche, a phase during which the drunks in Francis’s brother’s bar become more aggressive. 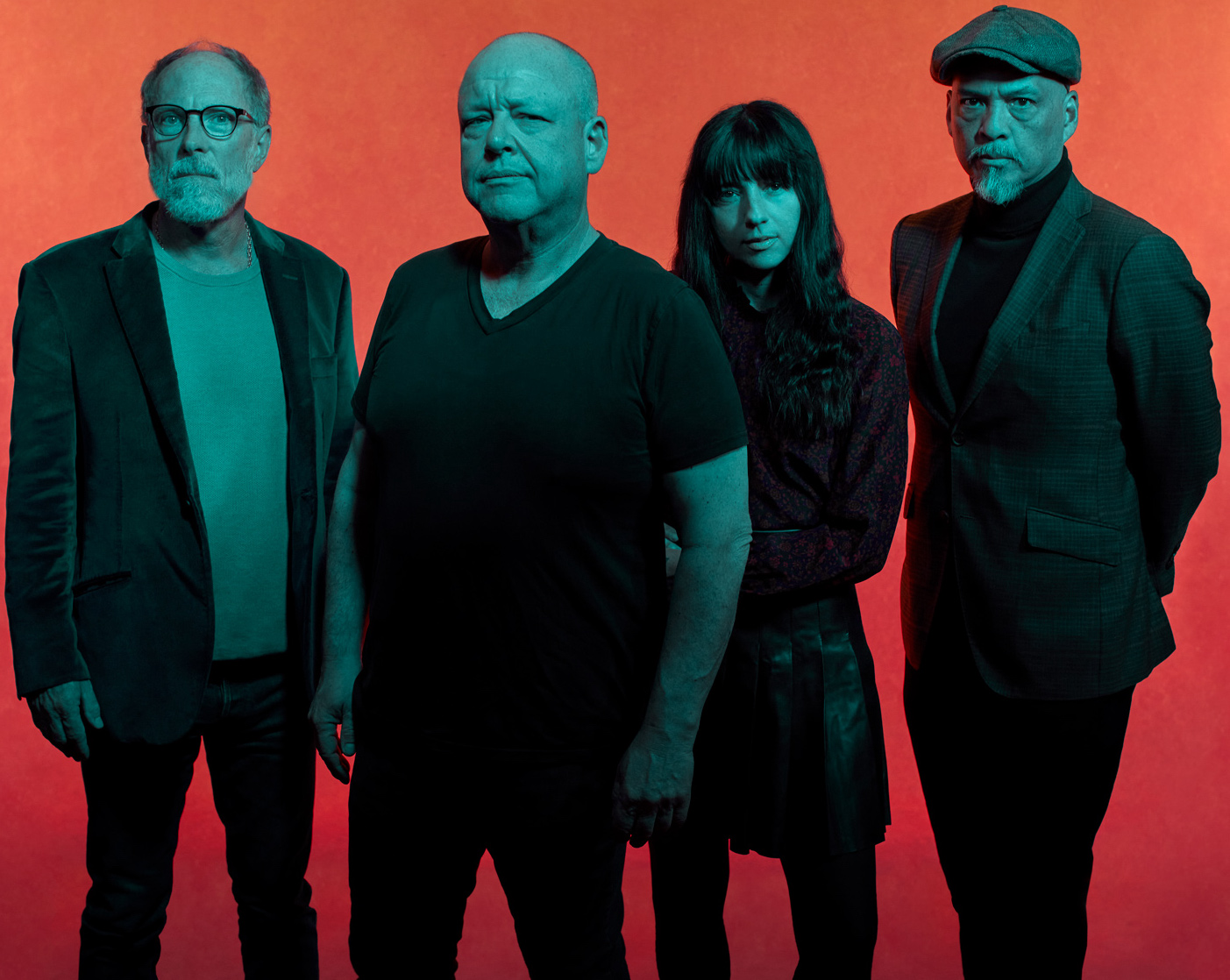 A congregation between darkness and beauty consistently emerges throughout the record. There’s Haunted House, a spirited concoction of ’50s-flavoured pop with ghosts both literal and metaphoric, as well as the brooding Morricone desert rock of Vault of Heaven, and a breezy folk-rock melody on Pagan Man. But Pixies still possesses a ferocious edge, one that feeds into the grinding intensity and surrealism of Nomatterday and the Who-like power of Dregs Of The Wine, which will surely be the first and last Pixies song to namecheck Van Halen.

It’s a record with an unusual genesis. Instead of building upon rough ideas in the studio, Black Francis turned up to sessions with 40 songs prepared. Sessions started late in 2021 with producer Tom Dalgety (Royal Blood, Ghost) working with Francis in Massachusetts, before they headed to L.A. to finish tracks with the rest of the band.

Their input would be vital. Santiago contributed his first two Pixies songwriting credits, with music for Dregs Of The Wine and lyrics for Doggerel. Meanwhile, drummer David Lovering and bassist Paz Lenchantin’s performances have the uninhibited energy of two musicians who both confess to feeling reinvigorated by the process.

If 2014’s Indie Cindy was conceived as a belated continuation of Bossanova (1990) and Trompe Le Monde (1991), and 2016’s Head Carrier revisited some of the murky melody and exotic gristle of Surfer Rosa (1988) and Doolittle (1989), both Beneath The Eyrie (2019) and Doggerel are expansive and unfettered albums that leave behind any sense of expectation. They are records evolved from, but not beholden to, Pixies’ past.”