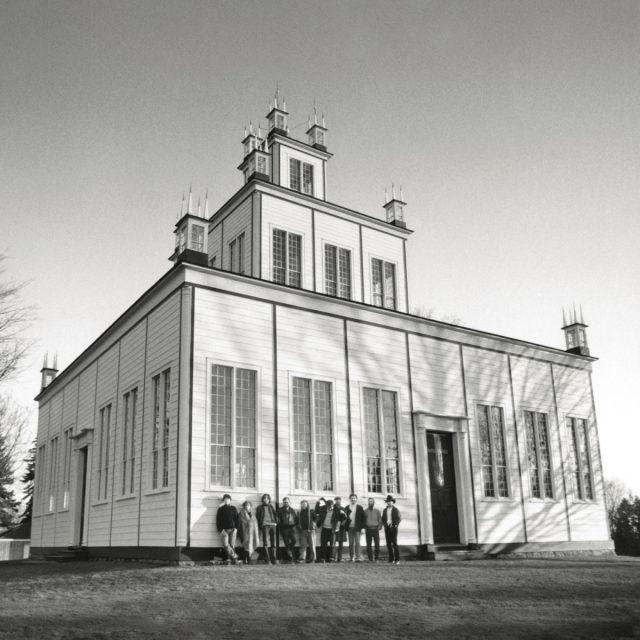 THE EDITED PRESS RELEASE: “Sharon is the alternate recording of what would become Cowboy Junkies 1990 album The Caution Horses, the followup to the band’s iconic album The Trinity Session. The one-microphone recording, captured over three days at Sharon Temple in the spring of 1989, is a ‘lost’ album featuring many songs that became The Caution Horses.

This release is a limited pressing that includes an eight-page booklet containing liner notes by Dave Bowler (author of the band’s biography Music Is The Drug) and never-before-seen session photos by Chris Buck. Sharon was mastered for vinyl by Cowboy Junkies’ long-time producer Peter Moore.

“We spent three unseasonably cold days at the Sharon Temple, a uniquely beautiful wood building situated about an hour north of Toronto and built by a Quaker offshoot as a place to perform music and celebrate God,” explains guitarist and songwriter Michael Timmins. “In the end we shelved the album and went on to record The Caution Horses in its stead. But 33 years later, here she is, Sharon, for the first time on vinyl, rescued from the gaping maw of oblivion.”