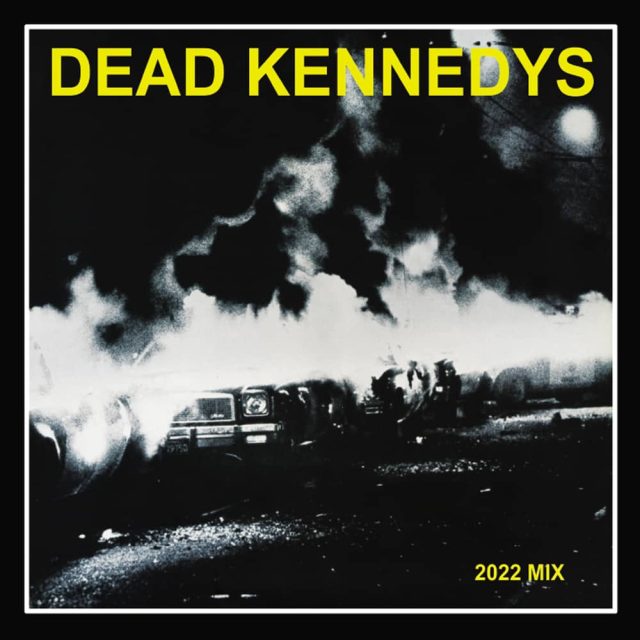 THE EDITED PRESS RELEASE: “San Francisco’s Dead Kennedys arrived onto the post-punk scene of the late ’70s and early ’80s with something to say and an urgent, razor sharp sound. After two early singles they delivered the classic Fresh Fruit For Rotting Vegetables in 1980.

In the intervening decades, the album has never failed to inspire and challenge everybody who came across it. This new mix, produced by Chris Lord-Alge, gives incredible new sonic clarity to those songs. It comes accompanied by sleeve notes from Amy Linden and East Bay Ray, plus contributions from Dave Grohl, Duff McKagan and many other artists inspired by the record over the years.

“We tried (remixing) one song, Chemical Warfare,” says co-founding guitarist East Bay Ray. “What Chris came back with was amazing. Everyone heard the difference, so we said, ‘All right, let’s go!’ ”

Overseen by the band, this new 2022 mix demonstrates the enduring power of this music, and the relevance of its message today. A revolutionary, must-hear experience for everybody familiar with the original!”