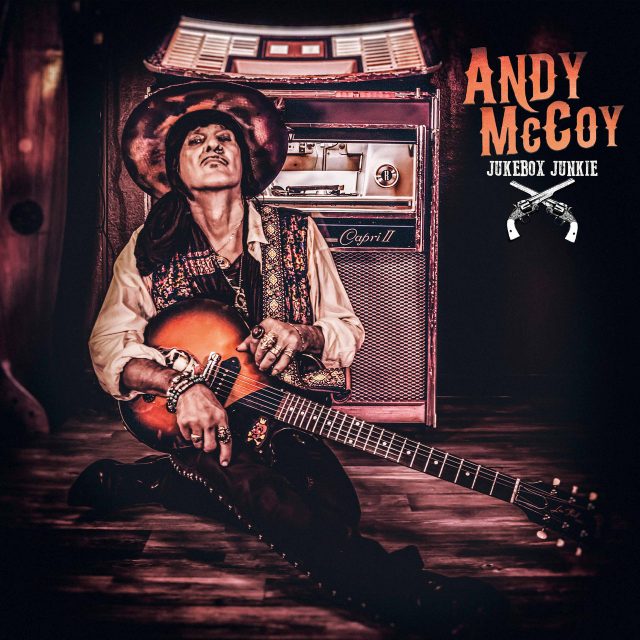 THE EDITED PRESS RELEASE: “Famed Hanoi Rocks guitarist and songwriter Andy McCoy taps into the rich musical history that inspired him on his loose and freewheeling covers album Jukebox Junkie.

“These are songs that everyone ought to know.,” McCoy says. “I chose them from a list of 60 that I thought deserved to be bigger hits. I think this is the most colorful album I have ever done.” 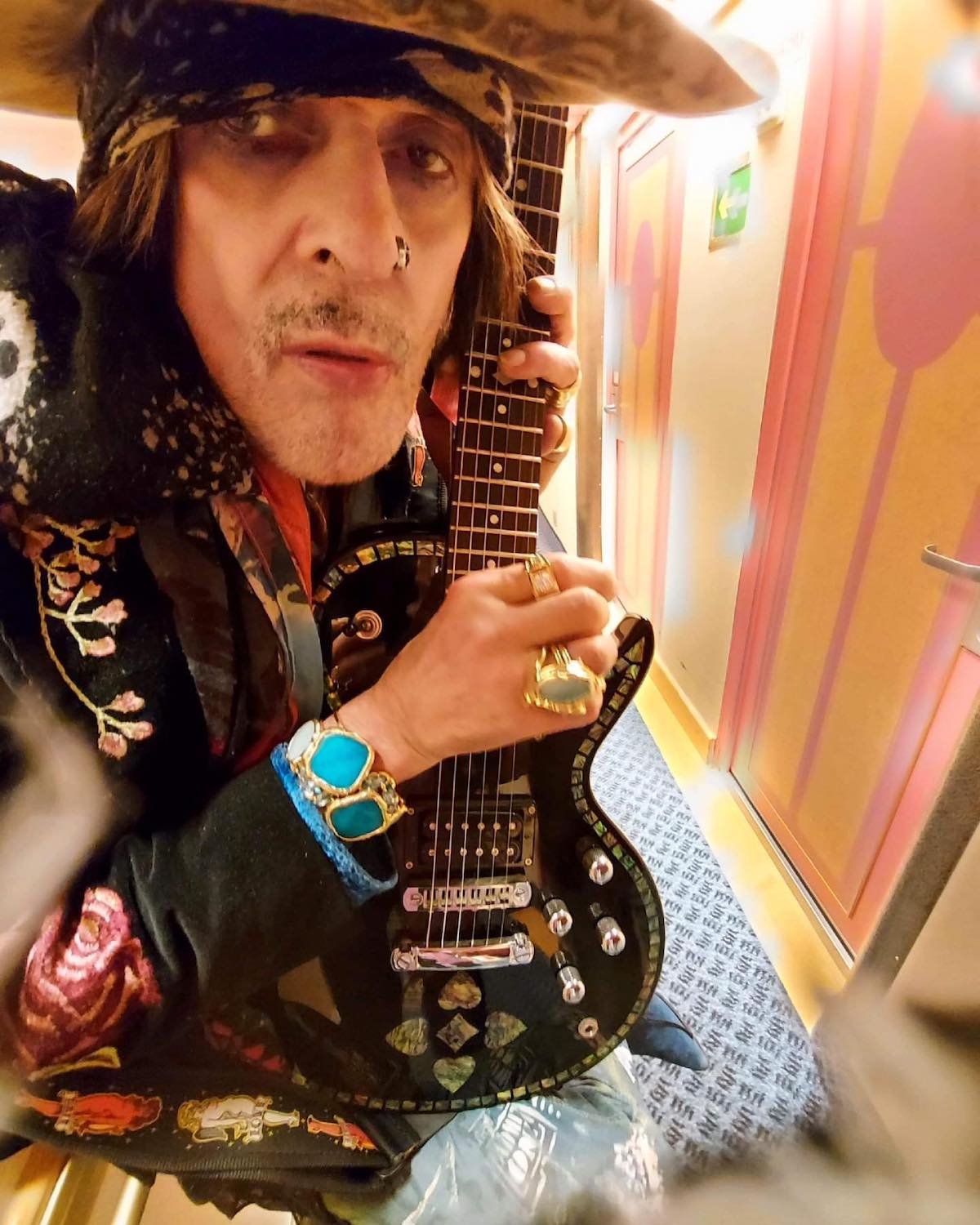 Of course, famed Finnish glam-rock heroes Hanoi Rocks were never shy about wearing their collective influences on their fishnet sleeves. Starting with their acclaimed debut album, the group frequently included surprising cover versions among their killer originals — from the Carole King-penned Walking With My Angel to the bluesy folk of Hoyt Axton’s Lighting Bar Blues to the smoking hot take on Creedence Clearwater Revival’s Up Around The Bend, which currently rides the top of the band’s most played songs on Spotify.

A national icon in his native Finland, McCoy has been called the Finnish Keith Richards. His over-the-top image and streetwise bending of punk, glam, and old-fashioned rock ’n’ roll inspired a generation of platinum-selling bands and musicians, including Slash and Nikki Sixx. McCoy helped introduce punk to Finland with his teenaged band Briard before befriending glamorous Michael Monroe and forming Hanoi Rocks. The band embarked on wild life-changing and death-defying thrill ride around the world, touring not just Europe, London, and America, but also Israel, Brazil, Thailand, and Japan. After Hanoi Rocks dissolved following the death of drummer Nicholas “Razzle” Dingley in Hollywood in December 1984, McCoy carried on with Suicide Twins, Cherry Bomz, a successful solo career, and a stint as a sideman to Iggy Pop.”