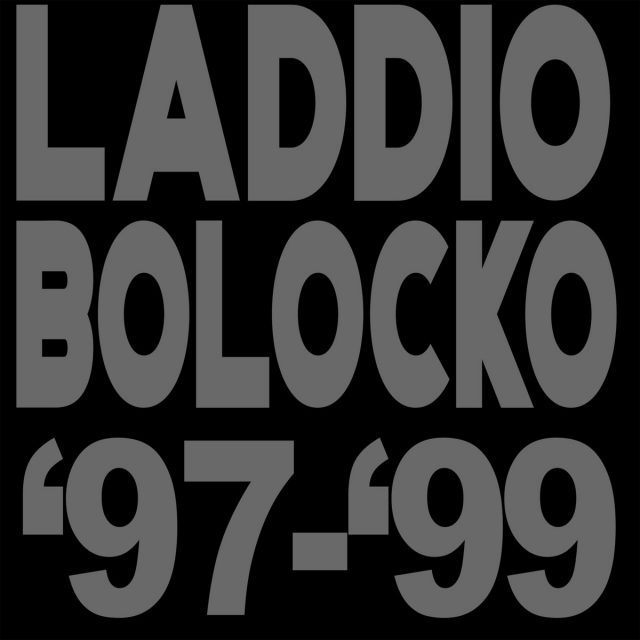 THE EDITED PRESS RELEASE: “The following story might be bullshit (drug use and memory enhancements): Years ago I was sitting at home staring into the middle distance and the phone on the wall rang (that should denote how long ago this was). On the other end was the booker from The Bottom of the Hill in San Francisco, who had never called me before. She was excited about the show they had that night and was calling people to invite them. Apparently the night before a band called Laddio Bolocko had played and were so mesmerizing, so strong that they had offered them the next night, which was open. I was intrigued as no band had ever warranted this invite previously to my knowledge. This was new and exciting territory.

“I had my ass & ears handed to me that evening. Scorching, pummeling, deep waters ran over me as I stood, beer in hand, mouth open. My memory may be embellishing but I remember a sax as big as me, drums that were physically hanging on by a thread, and twin electric strings that reeled sinister sprites over my head in outwardly circular patterns. Aggressive, far-out fractals burned in my brain. I had never seen anything like this band, and never have again.

“That’s why it’s so shocking to wait around all these years for someone to pick up the thread and re-release these three perfect recordings on LP for the first time … and still be waiting. So, I’m happy to announce, Castle Face is here with a 3xLP remedy. We’ve been working with all the original members of Laddio Bolocko and sifting through to put together this concise LP box set of what is arguably their strongest home studio recorded material. Included here (for the first time on wax) are Strange Warmings of Laddio Bolocko, In Real Time and As If By Remote.

“Includes former members of Dazzling Killmen, Panicsville, The Psychic Paramount, and Mars Volta. For fans of Can, This Heat, The Residents, improvisation (really they are hard to compare, they are so singular in sound)”