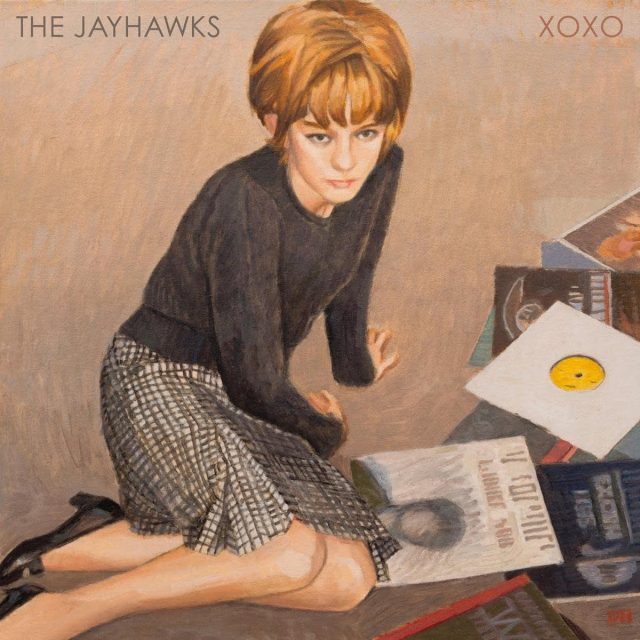 Is Gary Louris suffering from writer’s block? Tired of coming up with songs? Or just trying to live up to that World’s Greatest Boss mug he got for Christmas last year? After resurrecting a bunch of extracurricular cowrites and enlisting two of his bandmates to sing lead on some songs last time around, The Jayhawks’ longtime frontman loosens the reins even further on XOXO. The band’s 11th album features songwriting contributions and vocal spotlights from all four current members, which certainly makes it the band’s most inclusive album — but also its least focused at times. Bottom line: The songs that feature Louris are the album highlights — and there aren’t quite enough of them to make this a slam-dunk. Still, fans will find enough to love about XOXO to justify their time.

THE PRESS RELEASE: “The 11th Jayhawks studio album represents a bold step forward. For the first time, all four members contribute writing and lead vocal duties. XOXO is the most diverse and wide-ranging in the group’s storied history. Rather than marking a sonic departure, though, the collection signals a sharpening of focus for the band, an elevation in understanding of who they are and what they do best. In classic Jayhawks fashion, the songs here mix the influence of American roots music with British invasion and jangly power-pop, but there’s a newfound vitality at play, as well, an invigoration of confidence and energy that could only come with the injection of fresh blood. The result is an album that, much like the band’s lush harmonies, brings multiple distinctive voices together into a singular whole, a collection that, ironically enough, finds unity in individuality and identity in reinvention.”