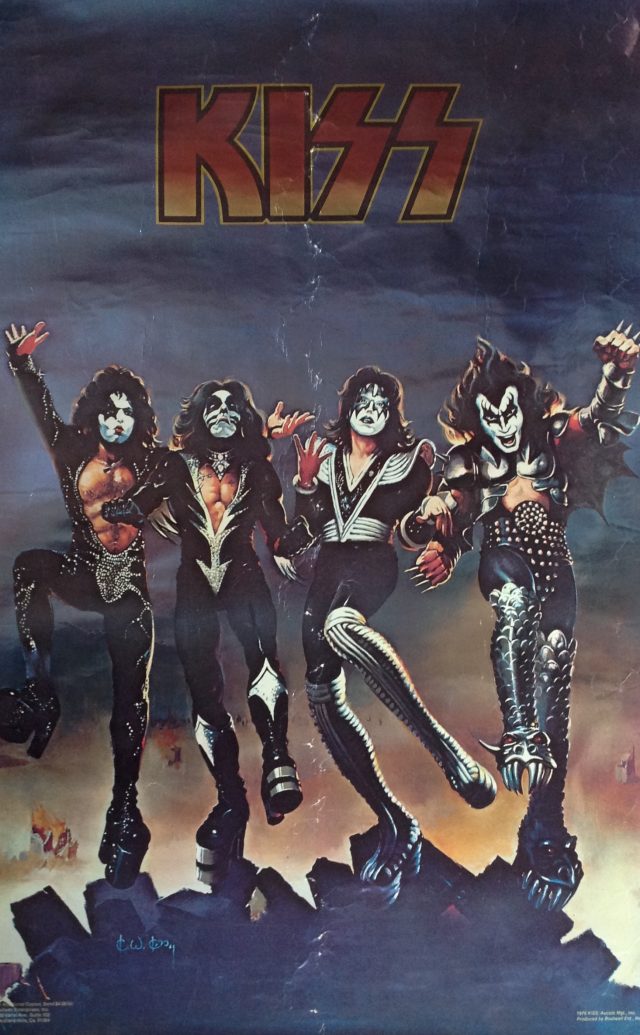 Way back in the 1970s, I was your basic longhaired, teenage rock ’n’ roll dumbass. And KISS were, as they used to say, the hottest band in the land. So yeah, I was a fan. I had all the albums (and I still believe the first three discs — especially Dressed to Kill — are still solid records of their era). I saw them when they came to town (including the time Cheap Trick opened and tossed KISS records into the crowd during Surrender). I had (and still have) a bunch of posters and memorabilia. I even sent away my $5 to join the KISS Army. I’m pretty sure that’s where I got this 22″X34″ poster of the Destroyer album cover, printed on thick foil. I seem to remember it being fairly rare at the time. Apparently it still is, based on the ridiculous prices people are asking for them online. If you’re interested in owning it, email me. I’d be happy to let it go to a good home. Even if you never believed KISS were the hottest band in the land. UPDATE: THIS POSTER HAS BEEN SOLD.