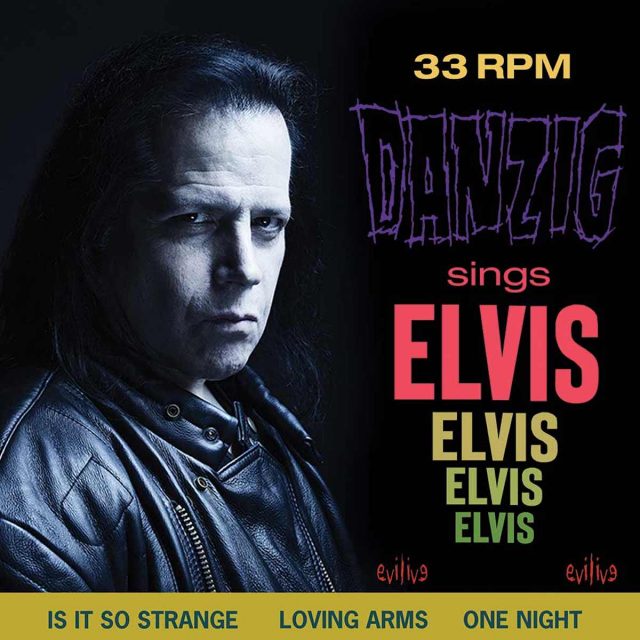 Nope, it’s not a joke. At least, not an intentional one. Though it is something of a shaggy dog story. Miniscule metal majordomo Glenn Danzig first announced he was recording an Elvis Presley tribute EP way back in 2014. Since then, he’s blown by several release dates while the project grew into a full-blown album dedicated to his idol The King. Is it worth the wait? Well, that depends. If you’ve been impatient to hear the king of The Misfits crank up the slapback echo and sincerely croon a few reverently rendered rockabilly classics like Baby Let’s Play House and Fever — along with plenty of syrupy ballads like Love Me and Always On My Mind — you’re in for a treat sweeter that a fried peanut butter and banana sandwich. On the other hand, if you were hoping he might inject some of his demonic personality and malevolent musicality into the proceedings, this headscratcher of a disc might leave you colder than a Chicago morn In The Ghetto (which, sadly, is one of the many recognizable Elvis classics Danzig seems to deliberately and defiantly avoid in favour of lesser-known fare). Either way, you’d think a guy like Danzig would be ready, willing and more than able to put some evil back into Elvis. But you’d be dead wrong.

THE PRESS RELEASE: “Glenn Danzig is a name that permeates, infects, and ultimately makes strong, the very soul of hard rock in the ’90s. Through the legendary punk charge of his pre-Danzig outfits Misfits and Samhain, Danzig formed the backbone of today’s mosh movement. Into the deep waves of the Danzig catalogue, and you’ve got a band that has created high-tension hybrids that are still being pondered and quietly adopted throughout today’s metal community. This studio album pays tribute to his idol and inspiration, Elvis Presley. Features 14 unforgettable interpretations of well-known Elvis classics and unheralded deep cuts that will thrill fans of both of these kings of rock music. Highlights include Danzig’s sinister take on Fever and a truly haunting version of Always On My Mind! Danzig is no stranger to working with American music royalty, having written songs for both Johnny Cash and Roy Orbison!”