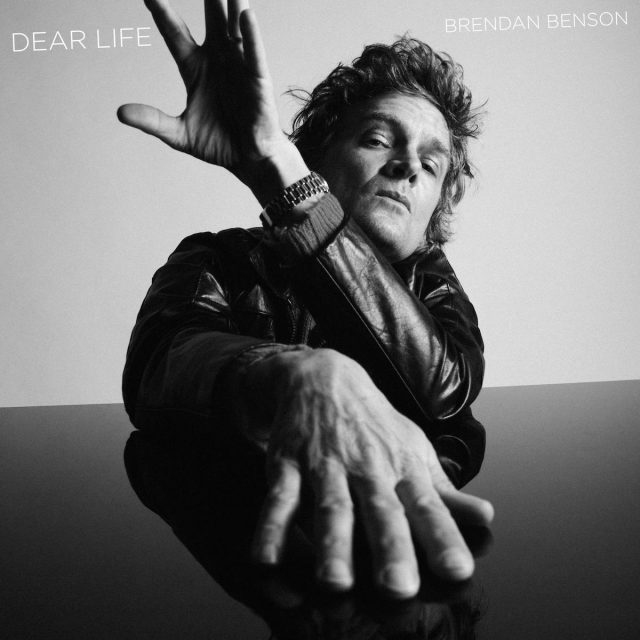 Life’s been good to Brendan Benson. And you don’t have to take my word for it; the grainy-voiced singer-guitarist and Raconteurs member is only too happy to tell you himself — emphatically and continually — over the course of his latest solo album. Endearing and earnest, Dear Life is an unabashed celebration of married love, new fatherhood, embracing your inner joy and appreciating everything you have. But don’t assume for one second that Benson’s newfound happiness has made him complacent on the musical front — this idiosyncratic 11-song statement ambitiously encompasses everything from edgy guitar-rock to jangly roots-pop, horn-topped soul and envelope-pushing fare that flirts with hip-hop and dance grooves fashioned with synths and drum machines. Clearly, he’s living his best life. In more ways than one.

THE PRESS RELEASE: “Brendan Benson finds himself in an enviable spot as he enters the third decade of a remarkably creative, consistently idiosyncratic career — an accomplished frontman, musician, songwriter, producer, band member, husband, and dad. Dear Life marks this consummate polymath’s most inventive and upbeat work thus far, an 11-track song cycle about life, love, family, fatherhood, and the pure joy of making music. Produced and almost entirely performed by Benson at his own Readymade Studio in Nashville, the album sees the Michigan-born, Nashville-based artist — and co-founder, with Jack White, of The Raconteurs — reveling in a more modernist approach than ever before, fuelled by a heady brew of cannabis, hip-hop, and a newly discovered interest in software drum programming. The result is an untapped playfulness that elevates expertly crafted songs like the future funk-fuelled opener, I Can If You Want Me To, and the ecstatic Richest Man Alive with voluble arrangements, elastic grooves, and incandescent power. Imbued with revitalized ambition and confidence, Dear Life is Brendan Benson at his very best. “There’s something about this record,” Benson says. “A friend of mine called it ‘life-affirming.’ I thought it was a joke at first but then realized, well, it’s about life and death for sure. I don’t know if that’s positive or optimistic or whatever, but that’s what’s going on with me.”