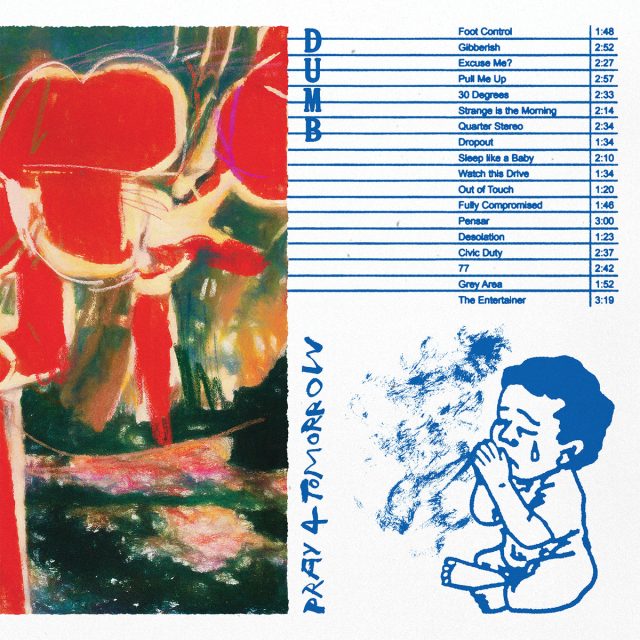 THE EDITED PRESS RELEASE: “Dumb had a classic start as a DIY outfit back in 2015, playing their first shows in the dining room of a tear-down in east Vancouver. The four band members — Franco Rossino, Shelby Vredik, Pipe Morelli and Nick Short — were all part of a larger group of friends that jammed and partied together often.

Seven years later, the band have released their third LP with Mint Records, Pray 4 Tomorrow — self-recorded at Choms, a studio co-owned by Short and Rossino. Dumb has toured extensively in North America and Europe, played with Wolf Parade and Dilly Dally, and are known for their catchy punk rhythms, squealing guitar feedback, and strongly spoken lyrics.”