Black Mirror: Bandersnatch and this week’s tsunami of music releases have something very fundamental in common: They’re both choose-your-own-adventure stories. By that, I mean that there are so many worthy albums, EPs, singles and reissues arriving that I could have written umpteen different versions of this list, depending on the direction I took. In the end, here’s where I ended up. Your own mileage, as always, may vary: 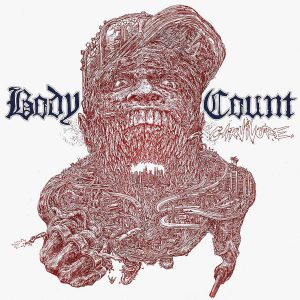 THE PRESS RELEASE: “Humans are animals, pretty much in denial of just how savage we can be,” declares Body Count singer Ice-T. “The songs on Carnivore play out that theme in different ways. It’s not about a diet; it’s about being bloodthirsty creatures.” Carnivore is the pioneering metal band’s seventh album since forming in 1992 and skyrocketing to infamy thanks to the Cop Killer song controversy. Carnivore is also the most melodically hardcore and lyrically articulate BC album to date. It serves up eight originals, including the poignant When I’m Gone, featuring Grammy-winning guest vocalist Amy Lee of Evanescence, along with the call-to-arms of the edgy, rapid-fire Bum-Rush, and the primal roar of the title track/first single. Prestigious musical guests include Hatebreed’s Jamey Jasta and Riley Gale of Power Trip. Additionally, Colors 2020 and 6 In Tha Morning, two iconic Ice-T rap cuts, get re-done metal style, with Slayer’s Dave Lombardo on drums. Body Count pays homage to Motörhead with Ace of Spades, while political punk provocateur Jello Biafra makes a cameo, further cementing Carnivore’s 11-song collection as an album for the ages.” 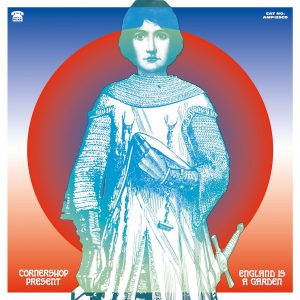 Cornershop
England is a Garden

THE PRESS RELEASE: “In the latest of a series of albums that have mirrored the exceptional story of the band itself, Cornershop return with a new album England Is A Garden. It is an album that strides in an upbeat fashion, to deliver a full listening experience, bringing songs of experience, empire, protest and humour, steeped in the way only Tjinder Singh would come with. The anvil here is music itself, and a celebration of Tjinder’s birth place — The Black Country, which also gave birth to heavy metal that has gone on to influence the world. Whether the streets are lined with pylons or palm trees, the Black Country has allowed us to see things differently. So the sound here goes back to Englands’ Midlands, with two thumbs up to the feeling of hearing heavy metal from the back of a stage, as we all ride on and await the female backing vocals of our song to come in.” 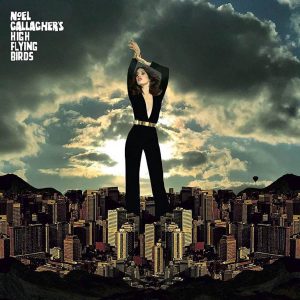 THE PRESS RELEASE: “Noel Gallagher says of the single: “It was written in Abbey Road last November on the same day I wrote Black Star Dancing. It’s that good, it sounds like it took 5.4 people to come up with it. It’s already a live standard and we haven’t even played it yet.” The upcoming EP features new songs plus a remix of the title track.” 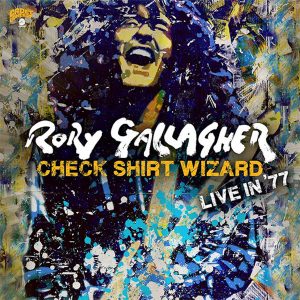 THE PRESS RELEASE: “The 20-song, previously unreleased set is culled from four shows (London, Brighton, Sheffield and Newcastle) during an early 1977 tour across the UK in support of Rory’s album Calling Card. Featuring fantastic live versions of tracks from that album as well as songs from the 1975 Against The Grain album and other live favourites. Gallagher’s most popular albums have always been his live ones, such as Live! In Europe, Irish Tour ’74 and Stage Struck. He was an artist that came alive onstage and this album covers a previously undocumented live period. “The whole concert was taped on the Jethro Tull Maison Rouge mobile by the way, and from where I was standing that concert on record would surpass the classic Live in Europe album. And that’s saying a lot,” — Brian Harrigan, Melody Maker, 1977. If ever there was a “musician’s musician” then that accolade surely belongs to Gallagher. Renowned for his blistering live performances and highly respected for his dedication to his craft, he died in 1995, aged just 47, yet his reputation has continued to flourish in the years since. Indeed, some of rock’s most seminal figures, from Jimi Hendrix to Eric Clapton, Queen’s Brian May to The Smiths’ Johnny Marr, have cited him as an influence. Rory remains a touchstone for all would-be guitar heroes in the 21st century.” 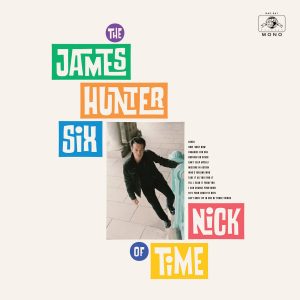 THE PRESS RELEASE: “The James Hunter Six are back with another sublime offering of no-nonsense rhythm and blues. Recorded and produced by Bosco Mann, Nick of Time is a shining example of how a master songsmith can continually draw fresh water from a bottomless well. In addition to the uptempo, swinging R&B that has put JH6 on the map, Nick of Time explores so much more! The opening track and lead single, I Can Change Your Mind, is a beautiful, mid-tempo rumba that tips the hat to the sound of many early King/Federal releases, but executed with a vibrancy that propels the tune into the 21st century. The lush arrangements on Till I Hear it From You and He’s Your Could Have Been sound like lost tracks from an early ’60s Burt Bacharach session. The straightforward soul of Brother or Other (whose timely message is only tantamount to its groove), and the sparse Paradise for One (that finds James channeling his innermost Nat King Cole), enrich the album with sounds one may not readily associate with James and co. — culminating in James’ most exciting full-length release to date.” 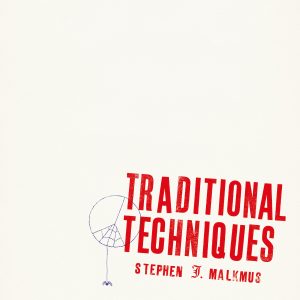 THE PRESS RELEASE: “Traditional Techniques, Stephen Malkmus’ third solo LP without The Jicks (or Pavement), is new phase folk music for new phase folks, with Malkmus as attuned as ever to the rhythms of the ever-evolving lingual slipstream. An adventurous new album in an instantly familiar mode, Traditional Techniques creates a serendipitous trilogy with the loose fuzz of The Jicks’ Sparkle Hard (2018) and the solo bedroom experiments of Groove Denied (2019). These three very different full-lengths in three years highlight an ever-curious songwriter committed to finding untouched territory. Traditional Techniques is centered around Malkmus’s 12-string acoustic guitar, and the product of Malkmus and Chris Funk (The Decemberists) with Matt Sweeney (Chavez, Superwolf) playing guitar throughout. Informed by a half-century of folk-rock reference points, Malkmus drew from a whole new musical palette — including a variety of Afghani instruments — to support an ache both quizzical and contemporary. Alongside gorgeous folk music, Traditional Techniques presents occasional bursts of flute-laced swagger, straight-up commune rock, and mind-bending fuzz.” 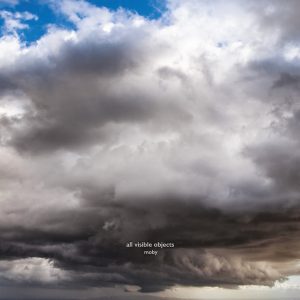 THE PRESS RELEASE: “Recorded in the legendary EastWest studios, Moby created this album in Studio 3 where Pet Sounds was recorded, using the same board that was used in the making of Ziggy Stardust and the same piano that Frank Sinatra used to record some of his most notable hits. Keeping with Moby’s history of donating to charity (in 2018, he started selling off his records and collection of synthesizers and drum machines, donating the proceeds to charity), he is using this album as a sounding board to bring attention to a long list of charities dedicated to preserving our planet and all its inhabitants.” 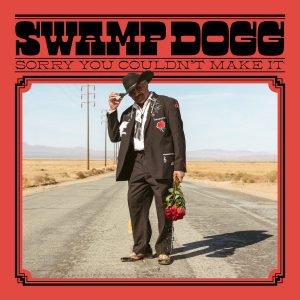 THE PRESS RELEASE: “While 77 year-old Jerry Williams’ most enduring persona is the psychedelic soul superhero Swamp Dogg — a musical vigilante upholding truths both personal and political since 1970’s immortal album, Total Destruction To Your Mind — he will tell anybody who will listen that he’s considered himself country this entire time. “If you notice I use a lot of horns,” Swamp says. “But actually, if you listen to my records before I start stacking shit on it, I’m country. I sound country.” Sorry You Couldn’t Make It allows Swamp to finally dive into the sound he grew up playing. These are narratives about love, of missing the one you love, of compassion, family and friends, and even the kind of love that transcends death. “I was looking for a new way for Swamp Dogg to go,” he explains. “Apart from me singing and writing most of the songs, I didn’t participate — in other words, I told ‘em, ‘Don’t ask me, I wanna see what happens without my influence.’ It was hard for me to do, ego-wise.” 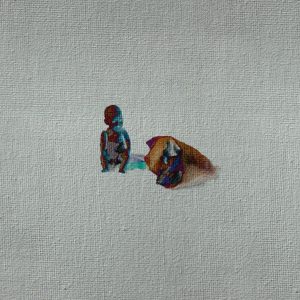 THE PRESS RELEASE: “Tricky returns with his new 20,20 EP, featuring vocals from creative collaborator & touring vocalist Marta, and Berlin-based Anika. 2019 saw the producer and artist Tricky release his highly acclaimed autobiography Hell Is Round The Corner and play select shows, including the South Bank’s Queen Elizabeth Hall. The book captured Tricky’s indomitable spirit – recounting all from a turbulent early family life to the spotlight of late 90s music industry excess. This year, new music can record the next chapter.”