If different is good, these albums are better. Here are four recent releases that push the conceptual and creative envelope. As always, I’ve included Bandcamp links where possible so you can support the artists directly. 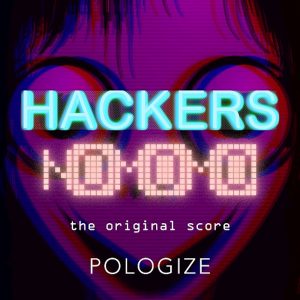 THE PRESS RELEASE: “25 years ago… A ragtag gang of hackers put their skills and information-should-be-free ideology to use, saving an oil company from almost reporting a 0.01% loss that quarter as potential victims of a hacker known as The Plague. Now, with corporate socialism safely entrenched in the system, it seems like the world is safe. The gang-from-the-past are now parents-in-the-present, raising teens who, thankfully never have to put down their iPads to look at a command line… until a haunting new force appears. Momo: Are they an elite hacker, an ancient Japanese demon or worse… a cryptocurrency speculator bent on breaking the back of the international financial system? Now, this May-December group must put family aside and try to stop this neon demon whose freakish mask may be the least scary thing about them. After Trent Reznor and Atticus Ross departed the project during a shift change of their captors, electro-rock/indie-pop/synthwave/other-hashtag-worthy-genre pioneer Pologize took over soundtrack duties. “I was more than happy to do it. They didn’t need the guns and zipties,” Pologize said of his work on the score, rubbing his birdlike wrists. The score takes the “I’m-so-serious” vibes from Reznor and Ross’ work and leans hard into the over exaggerated musical tropes Hollywood is comfortable with. “I turned the dials firmly to EDM, 80s synthwave and brostep, then snapped them off. There’s no going back.” 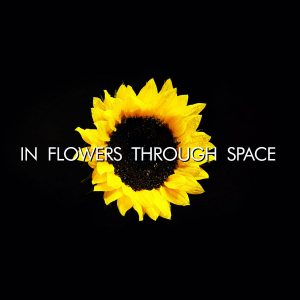 THE PRESS RELEASE: “In Flowers Through Space is a conceptual album based on the Fibonacci sequence of numbers  —a spiraling mathematical formula which is seen in flower petals throughout the natural world and has historically been associated with beauty. Using the recording studio as an instrument, the project is helmed by innovative New York City-based composer, producer and audio engineer E Scott Lindner, who challenges an ensemble cast of revered modern jazz and classical musicians to compose, improvise and interpret his cinematic visions. The result is an album that weaves together themes of mystery, nature and science, and takes form as equal parts celestial jazz journey and progressive classical music experience. “The Fibonacci sequence translates to the human brain as beauty,” says Lindner. “I thought it would be interesting to try and make a record that was entirely ‘Fibonaccized’—which is a word I made up—and see if it ended up being beautiful.” Recorded at Lindner’s Pinch Recording studio in New York City, the number of musicians on each song on the album increases to mirror the Fibonacci sequence — which opens with 0, 1, 1, 2, 3, 5, 8, 13, 21 — and studio sessions were held on dates featuring in the Fibonacci. Computer code was also created to translate Fibonacci numbers into musical note frequencies, which in turn inspired the scales used throughout the project. “This is the most complex and emotional album I’ve made and it’s completely guided by this mathematical construct,” says Lindner. Alongside the album, a documentary will be released to showcase the emotionally charged and creatively demanding recording experience.” 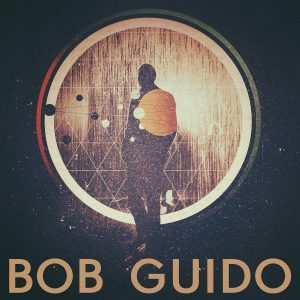 THE PRESS RELEASE: “There are few people making music in Canada as pure and inspiring as Bob Guido. The Ontario-born composer, producer and multi-instrumentalist is completely committed to the joy of discovery, and the pleasure of wandering down a road with no expectation of where it might lead. On his new self-titled solo album, Guido followed those roads to create 12 stunning pieces that affirm his place among the leading voices within Canada’s ambient music scene. Since his first violin lessons at age 4 — given by a Catholic nun who did not spare the rod — Guido has been chasing new and innovative ways to create sound and, more importantly, enhance its emotional impact. “Music is the best way that I know how to unravel the mystery of this world,” he says. “My music seems to always sound very mysterious, and I think if it stopped sounding that way, I would lose interest. My guitar playing, for example, has become more and more about finding what is interesting and unpredictable rather than what is impressive. With this album, I would keep the weird takes and purposely trash the good ones. Eventually, I started to try to have this extra level of awareness of when something was unusual or unique and amplify that aspect of what I heard in my performance.” 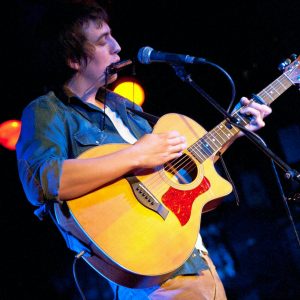 THE PRESS RELEASE: “That Broken Buckle, a new album by singer-songwriter and newspaper editor Callum Baird, has been released. This collection of songs about life in Scotland were mostly written and recorded five years ago but have never been released until now. Callum Baird is a 28-year-old singer-songwriter from Glasgow. His original songs paint a sprawling portrait of Scottish society. Influences include Bob Dylan, Bruce Springsteen, The Gaslight Anthem and Hamish Imlach. Callum is also editor of two major Scottish newspapers – The National and the Glasgow Times.”