Home Read The Best & The Rest | This Week’s Top Nonconformists

Some folks just don’t fit into any category. And more power to them. Here are the best rule-flouters and convention-skirters I heard this week, in order of preference:

NONCONFORMIST OF THE WEEK

MY TWO CENTS: Singer-songwriter Moses Sumney is hard to pin down on his second album, mixing and melding a whole host of sounds and styles — jazz and rock, soul and pop, electronica and more — into an ever-changing, genre-defying creation that grabs and holds your attention. Stay tuned for Part 2 in May. I know I will.

THE PRESS RELEASE: “Moses Sumney evades definition as an act of duty: technicolor videos and monochrome clothes; Art Rock and Black Classical; blowing into Fashion Week from a small town in North Carolina; seemingly infinite collaborators, but only one staggering voice. A young life spent betwixt Southern California and Accra, Ghana — not so much rootless as an epyphite, an air plant. The scale is cinematic but the moves are precise deeds of art and stewardship. Sumney’s new, generous album, græ, is an assertion that the undefinable still exists and dwelling in it is an act of resistance. To try to pin Sumney down on a sound – and really, on any matter — is to end up with a hand full of fog, but his genius is never allowing the set to sound like a hodgepodge. His forthcoming double album expands upon the sonic universe built in Sumney’s critically-acclaimed debut LP Aromanticism and subsequent EP Black In Deep Red, 2014. The songs on græ may be divergent, like the visceral, Smashing Pumpkins drama of Virile and the intoxicated, outro jazz of Gagarin. There’s the kinky, ambiguous bop of Cut Me countered with the sweeping, amphitheater-ready Bless Me. But there’s that voice, always unknowable and penetrating, threading these pieces together: a heavenly rasp, a whale call, Miles Davis’ horn, a soulful snarl. It all works to create a paradox, keeping art and artist somewhere between any one sure thing – but surely something that demands your attention affixed and your breath bated. All of this is græ.” 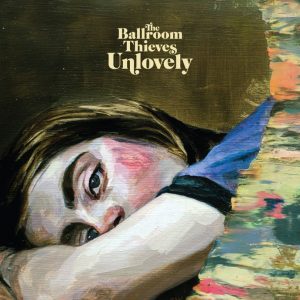 MY TWO CENTS: They call themselves “a rock band in a folk suit.” That’s not bad — though this co-ed Boston trio comes off far more eclectic, adventurous and thoughtful that that on this unique, intriguing and frequently lovely set.

THE PRESS RELEASE: “In a society buoyed by lies, it takes strength to confront the truth. Unlovely, the third full length album from Calin “Callie” Peters (vocals, cello, bass), Martin Earley (vocals, guitar), and Devin Mauch (vocals, percussion), isn’t about the complete absence of beauty. Instead, the 11 tracks on The Ballroom Thieves’ latest LP are a sonic encapsulation of emotional and political dissonance, the constant state of discomfort that’s enveloped the world for the past few years. “We write about the things that are important to us and right now, it’s impossible to ignore the inadequate state of the world,” says Earley. “We just wrote the songs that came out of us and they happened to be largely political.” He continues, “In an ideal world, we would never write a political record — there’d be nothing extreme enough to warrant it.” Incorporating musical styles that range from Motown to classic rock and metal, Unlovely maintains the recognizable, nostalgia-tinged sound of The Ballroom Thieves’ previous outputs while pushing a heightened brashness. Since the release of their first EP and debut full-length, A Wolf in the Doorway, The Ballroom Thieves have consistently and skillfully crossed genres, bridging the gap between folk, rock and soul. With Unlovely, thanks in part to frequent collaborator Ariel Bernstein, the trio took it a step further and grew their instrumental arsenal, amplifying their signature energy and eccentricity. 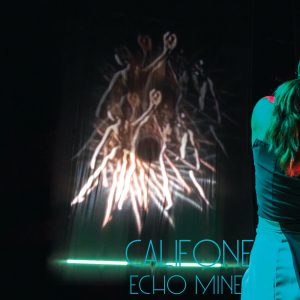 MY TWO CENTS: This is the first album in about seven years from singer-guitarist Tim Rutili and his experimental post-rock trio. Fortunately, this amalgam of noisy grooves, angular guitars, dusty vocals and atmospheric instrumentals is well worth the wait.

THE PRESS RELEASE: “Echo Mine is Califone’s score to Robyn Mineko Williams’ dance. The movement and the music started together and grew together, like two clear entities. At times totally intertwined and at other times bouncing off one another, sort of like reflections. But, somehow, always connected and listening. As musicians, we are not precise. Califone can kick up some dust and ride a wave of self-created chaos. Many of our songs are built on foundations created out of spontaneous moments. It is nearly impossible for us to do the exact same thing twice. When it works, we can find magic in there. The song remains a living thing, always stretching and evolving. Watching Robyn and the dancers rehearse, I had a similar feeling to being in front of a Rothko painting. There is a deliberate precision to the dance and movement that pulls the specifics of a story into abstract forms that illuminate the dream logic, the unseen edges and colors that deepen emotions all around what it is to be a human in a physical body – beyond words.” 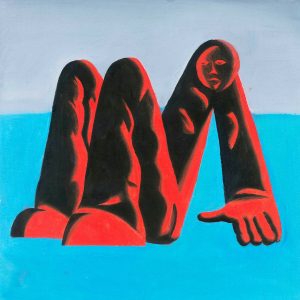 MY TWO CENTS: The British oddball’s third album supposedly takes some of its inspiration from the birth of his first child and his decision to move out of London. Fittingly, his lyrics are a little more upbeat this time around. But vocally, he’s still the same mush-mouthed mumbler he always was on these 14 slices of eccentric indie-rock midway between post-punk, hip-hop, no wave and anything else he fancies at the time. Maybe he needs to move farther away. Or have more kids.

THE PRESS RELEASE: “Like any great artist on the rise, Archy Marshall’s life is moving fast. There’s a lot to catch up on, after 2017’s sprawling masterpiece, The OOZ, broke through amid Mercury Prize nominations and mind-blowing media plaudits. Unlike that record, Man Alive! doesn’t aim to present any kind of narrative thread, or Brexit-era state-of-the-nation address, just a collection of snapshots and stories, artfully sequenced into a dazzlingly coherent whole.”

THE PRESS RELEASE: “Ranaldo and Refree worked together on Ranaldo’s last solo album, Electric Trim. Soon after, the pair returned to the studio to record the follow up and realized that Names of North End Women would become what Ranaldo describes as “the beginning of a new partnership, a new configuration.” For Ranaldo – a cofounder of Sonic Youth and one of the greatest guitarists of his generation – and Refree, an artist reinventing traditional flamenco guitar (his album with Rosalía continues to grow internationally), this is an album that features tracks with little or no guitar. Instead, the duo composed using marimba and vibraphone, samplers, a vintage 2-inch Studer tape recorder and a modified cassette machine Ranaldo had previously used in performances 25 years earlier. The album’s title, and the title of the lead track, came from an experience Ranaldo had walking through a neighborhood in the North End of Winnipeg, Manitoba. All the streets were named after women: Lydia, Kate, Dagmar, Harriett, Juno, etc – first names only, which implied something anonymous, or universal. Ranaldo jotted the names down, in poem format, and explains, “somehow it became an impetus for the lyrics in terms of the people that drift in and out of one’s life, some significant, some fleeting.” He continues, “I had this idea of using given names as a device that could inform some of the lyrics. It doesn’t play through all the lyrics, but quite a few employ this idea.”