Home Read The Best & The Rest | This Week’s Top EPs

Not everybody needs an entire album to get the job done. Here are the best EPs that I heard this week, in order of preference:

EP OF THE WEEK 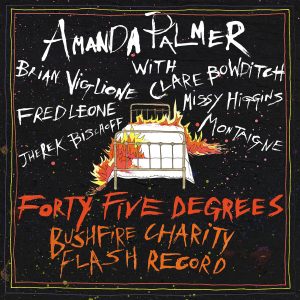 MY TWO CENTS: Crowdfunding queen and cabaret-rock doyenne Amanda Palmer’s latest offering is a collaborative fundraiser for Australian wildfire relief — highlighted by a timely cover of Midnight Oil’s Beds Are Burning  and a reunion with her old Dresden Dolls drummer Brian Viglione. Good music for a good cause. Discs don’t get easier to recommend that that.

THE PRESS RELEASE: “Musician, author and activist Amanda Palmer has released Forty-Five Degrees: A Bushfire Charity Flash Record. Recorded in just five days, the album is an immediate response to the ongoing bushfire crisis plaguing Australia with all proceeds going to Firesticks Alliance; an Indigenous led network re-invigorating and teaching cultural burning and land management. Forty-Five Degrees: A Bushfire Charity Record came together at a dizzying pace between tour dates at Sing Sing Studios in Melbourne with the help of Missy Higgins, Montaigne (singing on Truganini), Clare Bowditch (singing on Black Smoke) and Fred Leone (playing didjeridoo on Solid Rock), who dropped everything to be in the studio and lend their talents to the effort. The album also sees Amanda reunite with Brian Viglione of The Dresden Dolls, who plays drums across several tracks and long-time Palmer-and-Higgins collaborator Jherek Bischoff providing guitar and both electric and upright bass.” 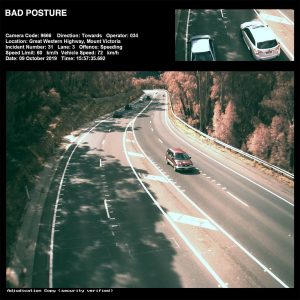 MY TWO CENTS: These Australians self-identify as a post-punk band. That’s up to them, I guess. And they’re not NOT a post-punk band. But honestly, the descriptor doesn’t really do justice to their sound, which is closer to a sluggish, cacophonous dirge of serrated guitars, lumbering basslines and drawled spleen-vent vocals. On the plus side, they do live up to both halves of their name.

THE PRESS RELEASE: “With backgrounds in jazz and classical music, Shady Nasty subvert expectations. Inspired by the likes of Show Me The Body, King Krule, Iceage, Low Life and Mount Kimbie, the Sydney trio play an energetic and weirdo breed of punk that skirts the boundaries of the genre, driving at an intersection of hardcore, hip hop and post-punk. Modding cars. Chinese heritage. Making ends meet. Bad Posture explores these themes with a snarling, swaggering confidence, tackling the expectations placed on them by immigrant parents, revelling in the liberation of rebellion, all while facing mental health and addiction head on whilst railing against a city slowly being crushed by big business.” 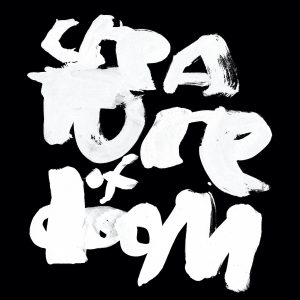 Creature of Doom
Tears of Joy

MY TWO CENTS: It’s starts off all bleep-bloopy and dreamy — but before you know what’s going on, it turns into some seriously dark and sinister shit, full of grinding basslines and ominous overtones midway between electronica and grim post-punk. You might want to spin this one with the lights on.

THE PRESS RELEASE: “On his debut project Tears of Joy, L.A.-based artist Creature of Doom performs a sort of musical alchemy, lending new emotional texture to our most self-sabotaging impulses. “The idea for Creature of Doom is all about not being able to get out of your own way,” says New York-bred singer/songwriter/multi-instrumentalist David Baldwin, who’s also a member of Brooklyn-bred indie-rock band The Dig. “It’s about being able to laugh at that and celebrate it, instead of just wallowing in it.” In bringing Tears of Joy to life, Baldwin recorded and produced every track on his own, mining inspiration from artists as eclectic as The Stooges and Frank Sinatra. Mixed by producer/engineer Ali Chant (Perfume Genius, Soccer Mommy, Aldous Harding), the result is strangely exhilarating and endlessly unpredictable form of alt-pop, imbued with equal parts dramatic grandeur and raw emotional honesty.” 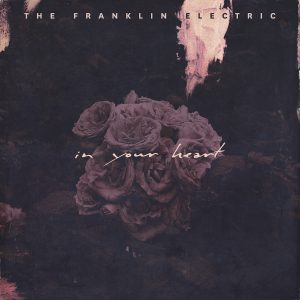 The Franklin Electric
In Your Heart EP

MY TWO CENTS: Singer-songwriter Jon Matte and his Montreal indie-folk crew follow up their acclaimed sophomore album Blue Ceilings with this adventurous six-song set that infuses their expressive, earnest songcraft with electronica sonics and textures. An electric heart indeed.

THE PRESS RELEASE: “Life happens, and it lives on in music. As such, The Franklin Electric reflect formative personal moments on a canvas of indie, folk, and alternative. The Montreal-based collective founded and fronted by Jon Matte transforms experiences into anthems and has done so since emerging on the 2014 debut, This Is How I Let You Down. Logging nearly 400 shows, they canvased the world alongside everyone from Mumford & Sons and Ben Howard to Edward Sharpe and City and Colour. Along the way, 2017’s Blue Ceilings marked a major milestone. Not only did the record produce favorites such as I Know The Feeling and Someone Just Like You, but it also led to a nomination at the 2018 Juno Awards in the category of Breakthrough Group of the Year. The latter experience set the stage for his next evolution. In Vancouver for the ceremony, Jon identified an endless wellspring of inspiration from the mountains and landscapes of the Canadian West Coast. So, he holed up in Vancouver to write what would become the 2019 EP, In Your Head— and more forthcoming tunes. “Each song has a very particular image or memory tied to the whole process of living on the West Coast in Canada for a month-and-a-half,” he states. “I know what the songs remind me of. I’d go exploring the forests and mountains and went snowboarding in Whistler for the first time, which was mind-blowing. I was getting as much air as possible outside. It was really beautiful. Listening back, I can vividly picture the places where I was again.”