I try not to live in the past. But I sure do love to visit every chance I get — musically speaking, that is. Here are the reissues, compilations, box sets and anthologies that helped me time-travel this week, in order of preference:

REISSUE OF THE WEEK 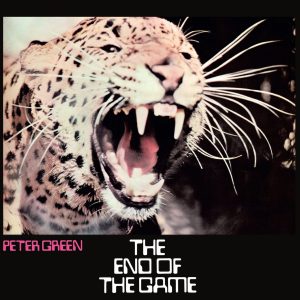 MY TWO CENTS: Like most folks, I am not nearly as familiar with the work of co-founding Fleetwood Mac guitarist Peter Green as I should be. This remastered version of his jammy instrumental debut from 1970 seems like a good place to start. Especially since it adds fours songs — including a couple with vocals! — to the original six-track set and features Green at the height of his powers.

THE PRESS RELEASE: “Newly re-mastered and expanded 50th anniversary edition of the first solo album by the legendary Peter Green. Peter’s work with Fleetwood Mac needs no introduction. His acclaimed guitar playing and writing graced several albums and a succession of hit singles before he departed the group in 1970. He embarked on the recording of his first solo album only a month after leaving Fleetwood Mac, enlisting the assistance of Zoot Money (keyboards), Alex Dmochowski (bass), Nick Buck (organ) and Godfrey Maclean (percussion). The End of the Game would be an entirely instrumental affair, quite different in feel from Green’s work with Fleetwood Mac. Released to very little fanfare, unjustly so as it was an imaginative work with Green’s instantly recognisable guitar playing. The following year saw the release of a single Heavy Heart b/w No Way Out, which received some airplay and saw Green perform Heavy Heart on Top of the Pops. A collaboration with Nigel Watson followed early in 1972 for Green’s final single for Reprise Records, Beasts of Burden b/w Uganda Woman. This new and expanded edition has been newly remastered from the original Reprise master tapes, features four bonus tracks (drawn from the two non-album singles) which appear on CD for the first time. It also features a booklet with new essay and an exclusive interview with Zoot Money on the making of the album.” 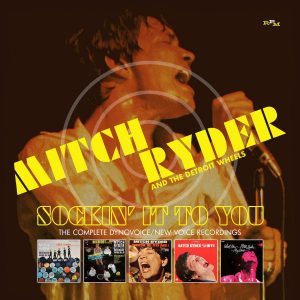 Mitch Ryder & The Detroit Wheels
Sockin’ It to You: The Complete Dynovoice/New Voice Recordings

MY TWO CENTS: There’s no shortage of Mitch Ryder anthologies and compilations out there. But this three-disc set one is apparently the first to include all the albums the original Detroit rocker recorded for Bob Crewe’s Dynovoice and New Voice labels between 1966 and 1969. Naturally, it includes all the mandatory classics like Jenny Take a Ride, Devil With A Blue Dress On / Good Golly Miss Molly, Sock It To Me Baby, Just A Little Bit, Little Latin Lupe Lu — along with rocked-up covers of pretty much every great soul and R&B song ever recorded.

THE PRESS RELEASE: “Mitch Ryder and The Detroit Wheels may well be the most underrated rock band in American music history. Despite his string of influential mid-sixties chart hits and his undeniable influence over a string of late ’60s and early ’70s bands he still remains inexplicably absent from The Rock and Roll Hall of Fame. Sockin’ It to You features three CDs containing all five of their albums for Crewe plus all of the non-LP 45 releases, including one LP and several single sides making their CD debut. 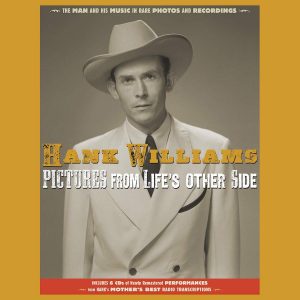 Hank Williams
Pictures from Life’s Other Side: The Man And His Music in Rare Recordings And Photos

MY TWO CENTS: I haven’t seen the hardcover book yet — but the 143 newly remastered live recordings from the Mother’s Best radio show in 1951 are definitely worth hearing. Assuming, of course, that you don’t already have them in one of their previous incarnations. And that your idea of a good time is sitting through seven hours of hillbilly country.

THE PRESS RELEASE: “The first-ever large format hardbound photo / coffee table book dedicated to the life and career of country music icon Hank Williams, carefully curated and assembled with leading music historian and Hank biographer Colin Escott. Features over 200 images of Hank, including dozens of rare and unseen photos. Though Hank has been gone since 1953, we’ve still managed to unearth unpublished photographs of the celebrated singer/songwriter in his prime. A true hybrid project, the book is packaged with six CDs of Hank’s live in-studio performances known as the Mother’s Best radio shows, newly restored and remastered to sound better than ever. Along with classics such as Lovesick Blues, A Mansion on the Hill, Move It on Over, I Saw the Light, Cold Cold Heart, Long Gone Lonesome Blues, I Can’t Help It (If I’m Still in Love with You), and I’m So Lonesome I Could Cry, the Mother’s Best recordings represent the only known versions of dozens of Hank Williams performances.”