The latest track from their Saskatoon outfit’s recently released album Crossing the Rubicon, the shuffling rocker weaves a philosophical, metaphorical narrative about time, existence, betrayal and redemption, as told through the eyes of a desert wanderer accompanied by a fox and a raven.

Ambitious and literary? Damn right. But that’s par for the course with singer/songwriter Joshua James and Cedar Sky. Though it only came after James spent some time wandering in deserts of his own. After 10 years of false starts in the indie-rock trenches, James began “leaning into new perspectives and shaking the Etch A Sketch of life,” he says. “It finally became time to lay it all on the line. 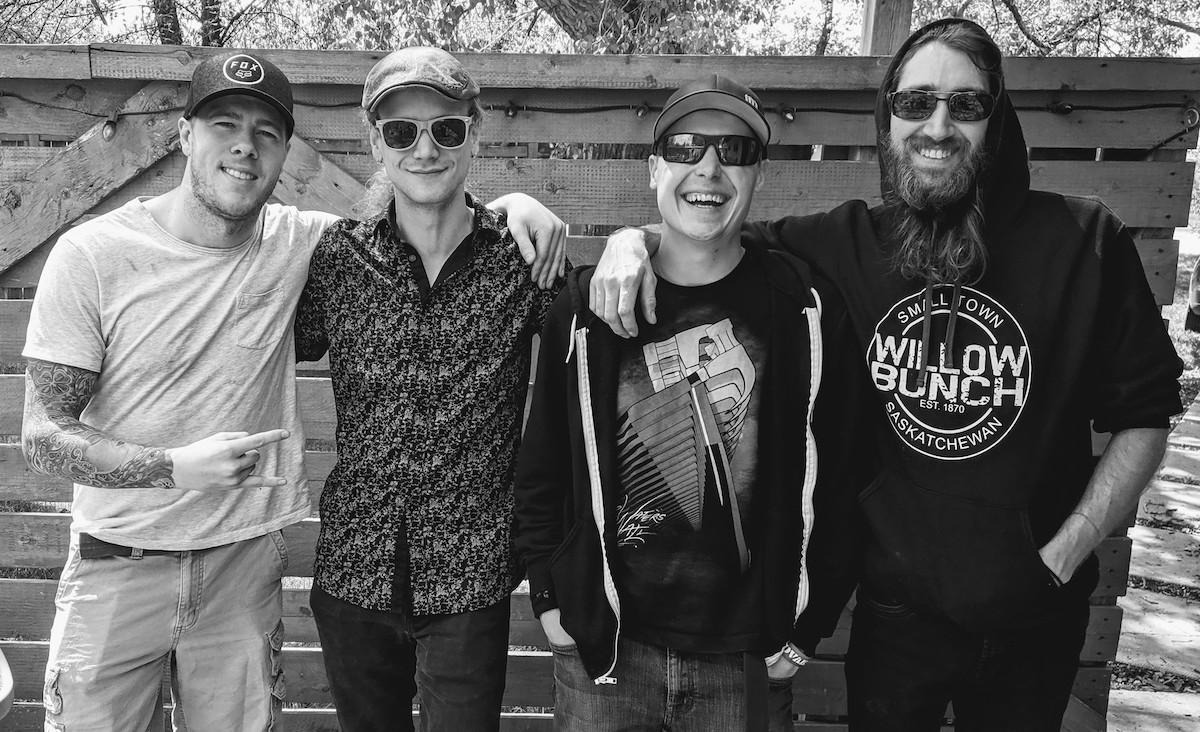 “I put everything I could into releasing one of the most emotionally charged — yet microscopically complex — albums in me. Crossing the Rubicon is a journey through my life and the stories I’ve lived,” says James. “It focuses on love, compassion, fear, loneliness, and curiosity for the unknown … The complexities that make us all human.”

While Crossing the Rubicon tells James’ stories, his bandmates — Cole Jordan on percussion and backing vocals, Jesse Kane with lead guitar, and Aaron Hamoki Seaman on bass — helped bring them to life.

“When we went in to record, we took what I wrote and each of the other members added their own takes on how the songs made them feel,” James recalls. “This, in the end, morphed a completely different — and very much a collective — representation on what the songs mean.

“There’s something inside each and every one of us that drives us to do the things we do, think what we think, and feel what we feel. Possibly some data that skipped through time and was printed on our individual code, who knows? It could be based on our upbringing and the family that raised us, or learned through lessons from others. But more often than not we only learn from our own experiences. This includes failures and victories.”