C Z A R I N A slices and dices the competition with her eye-popping, mind-blowing music film BLAZE: Dances of the Yokai [The Tale of the Assassin and the Samurai] — premiering exclusively on Tinnitist.

Borrowing from Japanese mythology and the legends of the Fox Spirit with Nine Tails, C Z A R I N A takes viewers to a new magical realm in this latest action-packed chanbara classic — which is easily the most ambitious, daring and just-plain amazing video you’ll see today. Featuring cameo appearances by fellow synthwave artists and producers (Faith In The Glitch, Bunny X, Turbo Goth, S.P.H.E.R.E.S.), and real-life Budo and Martial Arts expert DeadlyKawaii, the music film follows a mysterious young assassin slashing her way through to find her ultimate opponent.

Filled with memorable characters inspired by beloved retro video games and Tarantino’s samurai epics to create a new unique blend of Kabuki Noir and Bushido Cyperpunk that balances both ferocity with a lot of heart, the music film is narrated through bombastic song and dance by a Kabuki Aragoto also played by C Z A R I N A, to the track Blaze from her debut record Painted Holograms. It was directed by Deliris Films and The Kitsunés, in association with Missy B. Papageorge. 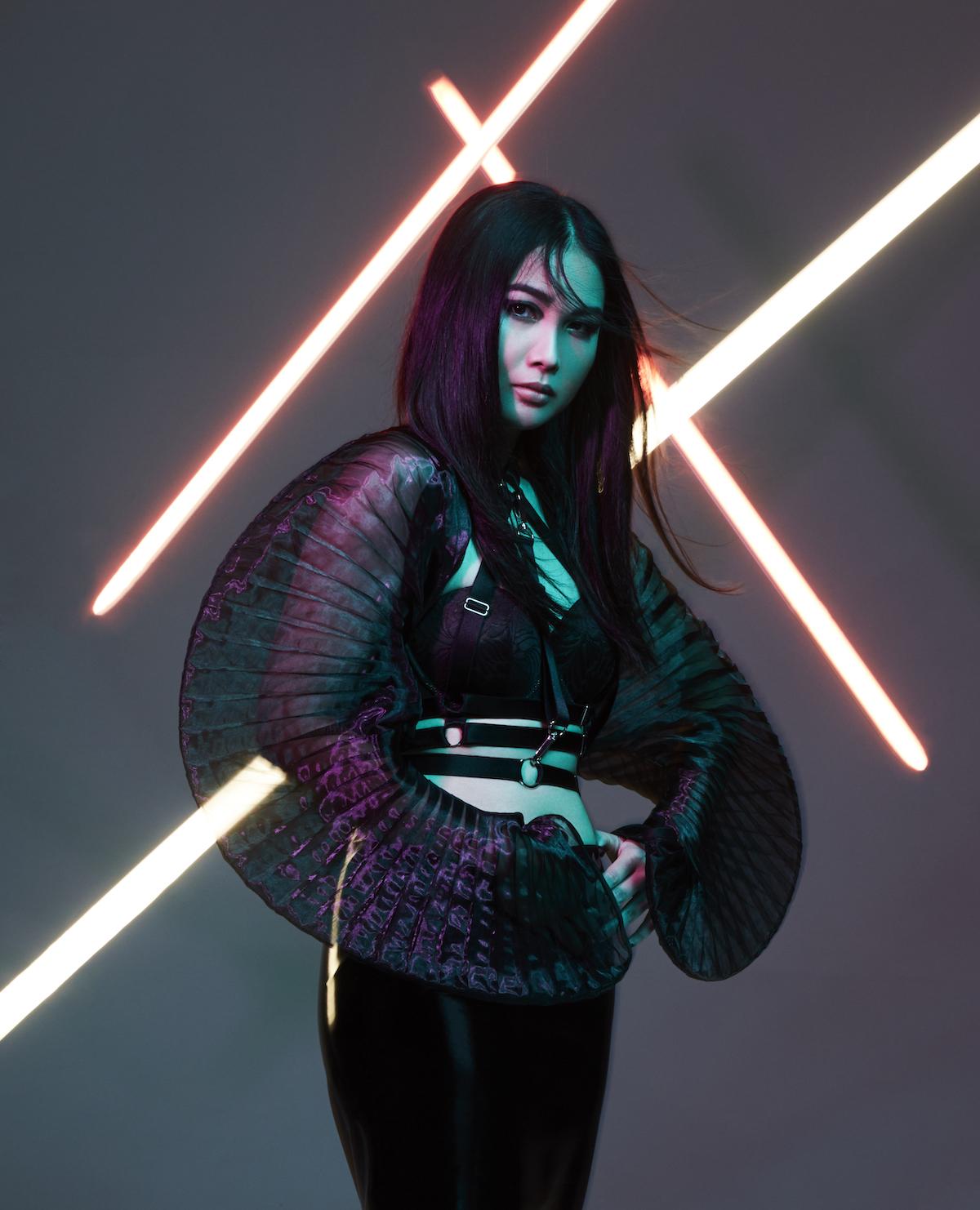 C Z A R I N A (aka Vero Faye Kitsuné) is an accomplished, multi-faceted creative and entrepreneur from Brooklyn, New York, growing in notoriety as an emerging RetroFuture Synth, Cyberpunk, Spacewave, Trip Hop and Electronic Rock artist, power vocalist, multi-instrumentalist, composer, performer, actor, producer and filmmaker. Simultaneously a sought-after creative force and talent behind several global brands and fashion start-ups we know (and wear) today, C Z A R I N A initially earned worldwide success as a fashion designer and creative director for her celebrity-famed footwear and accessories line IVY KIRZHNER NEW YORK, and has been dubbed as one of the Top Directional Designers by Women’s Wear Daily and Footwear News.

Inspired by her love for futurist culture, cyberpunk, 80s tech noir, mecha robots, martial arts and Japanese Anime, C Z A R I N A has created a distinctively compelling artistic universe that is a true fusion of her unique strengths in both visual and musical artistry. Dabbling with atmospheric synths and lush cinematic tones, C Z A R I N A takes her audience into a smoke-filled, neon-lit dimension, with vivid and colorful lyricism, sonic guitars, heartfelt melodies and powerful vocal hooks which are all signature to her unique soundscape. Painted Holograms, her critically acclaimed debut nine-track masterwork LP, was released November 11, 2018, landing her several top placements in the year’s Best Artists lists.

Feast your eyes on BLAZE: Dances of the Yokai [The Tale of the Assassin and the Samurai] above, experience and purchase Painted Holograms below, and keep up with C Z A R I N A and her evolving musical projects via her website, Facebook, Twitter and Instagram. 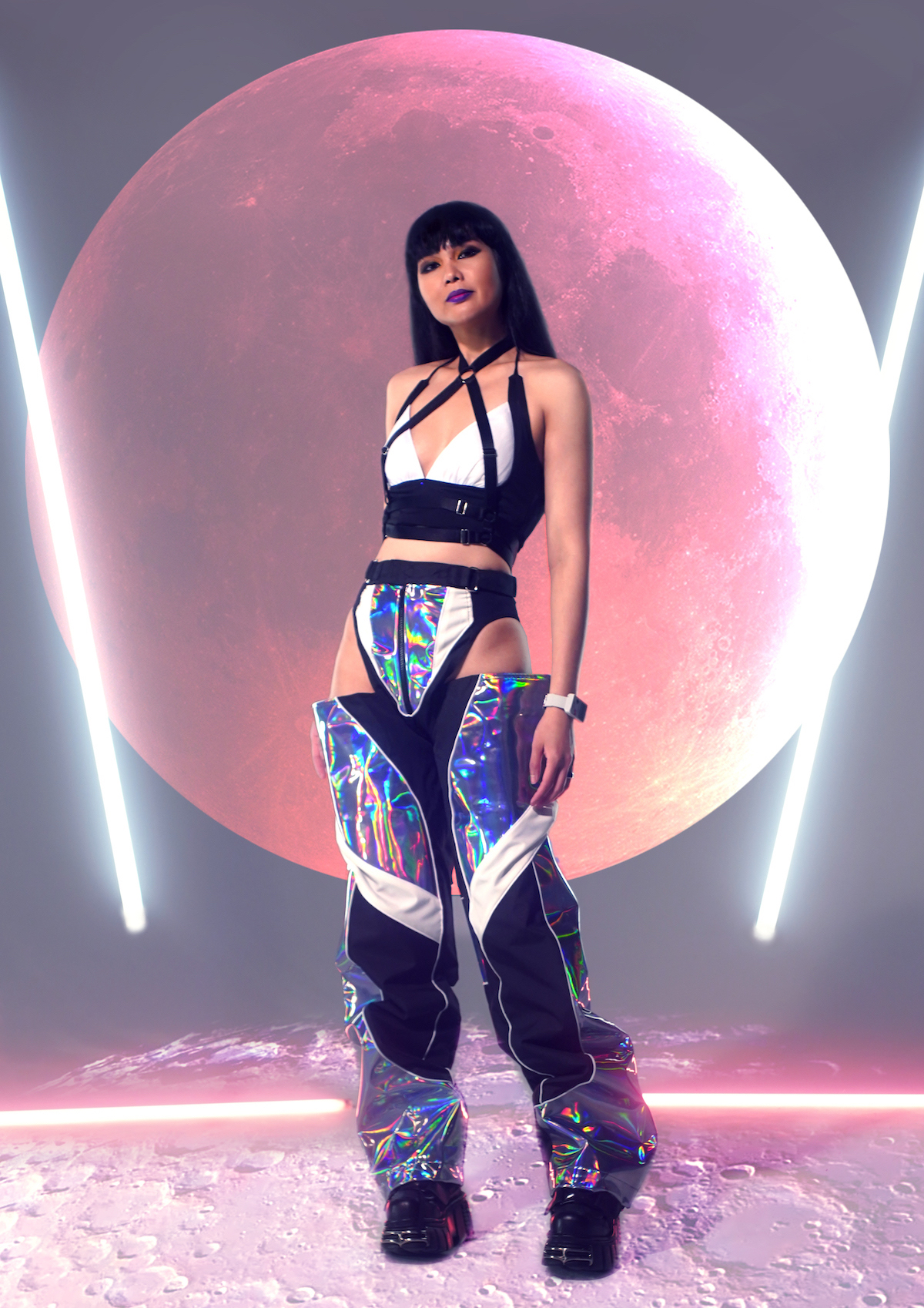