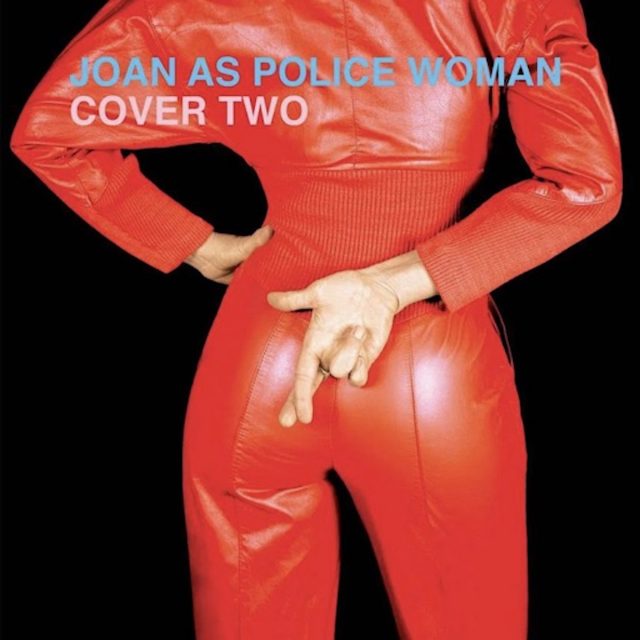 Joan As Police Woman is always herself. Even when she’s covering someone else’s tunes. That much is obvious from the way the idiosyncratic and iconoclastic singer-songwriter born Joan Wasser approaches the songs on her long-overdue followup to her 2009 album Cover. Taking pop, rock and hip-hop classics like Prince’s Kiss, OutKast’s Spread, The Strokes’ Under Control, Neil Young’s On The Beach, Blur’s Out of Time and even Michael McDonald’s Keep Forgetting, Joan deconstructs the rebuilds the tunes from the bottom up, converting them into everything from jazzy piano torch ballads to moody art-rock meditations. And speaking of bottoms: Bonus points for the album art that manages to pay simultaneous homage to Loverboy and her own Cover.

THE PRESS RELEASE: “I began working on this second covers album ever since the release of the first one 11 years ago! I’ve been performing Kiss by Prince and my version of Out of Time by Blur throughout last year’s Joanthology Tour and finished Cover Two as soon as I returned home this winter. Recreating existing songs is a gratifying creative challenge for me, especially with songs I adore. I start with the question, ‘WHY, exactly, do I love this song?’ I take those elements and reform them, sometimes removing much of the remaining material to refocus them through new glasses. I re-harmonize the chords, radically change the feel, or shift the hook or the phrasing to rebuild the composition.”