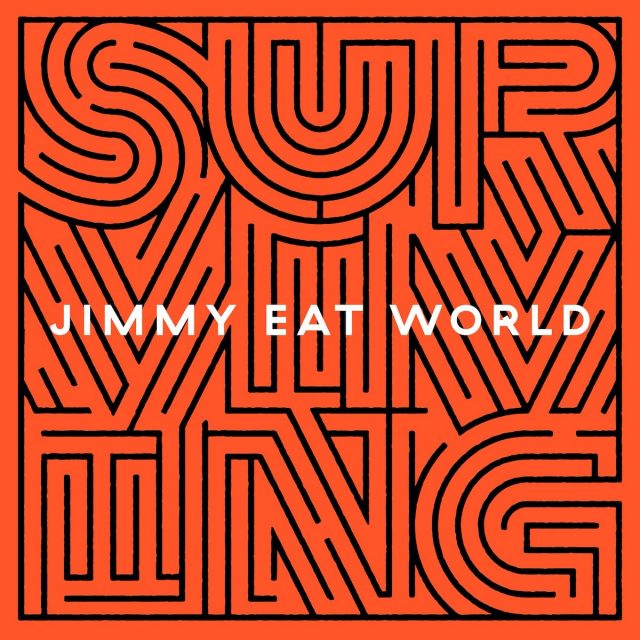 WHO ARE THEY? The long-serving Arizona emo-rockers who are still best known for their 2001 hit The Middle — and who just celebrated their 25th year together.

WHAT IS THIS? Their 10th studio album, second collaboration with producer Justin Meldal-Johnsen, and a disc that stays true to their trademark sound while also venturing into some new sonic terrain.

WHAT DOES IT SOUND LIKE? Surprisingly heavy at times. Along with no shortage of singer-guitarist Jim Adkins’ typicaly emotive, confessional and melodic pop-rock, there are a few cuts that rock harder and more pointedly than they have before.

WHAT SHOULD IT BE TITLED? Surviving And Thriving.

HOW SHOULD I LISTEN TO IT? Louder than you’ve listened to their last few albums — and with no small amount of appreciation for their willingness to tweak their sound after so many years, no to mention their ability to pull it off without sounding like four dudes having the rock equivalent of a midlife crisis.

WHAT ARE THE BEST SONGS? Harder-hitters like the title cut, Criminal Energy and Diamond are clear standouts, as are the Death Cabby Congratulations and the Hold Steadyish All the Way (Stay).

WHAT WILL MY FRIENDS SAY? ‘It feels like I’m listening to two or three different bands.’

HOW OFTEN WILL I LISTEN TO THIS? It might bring you back to the table more often than their last few outings.

IF THIS ALBUM WERE A NEW CAR, WHAT WOULD IT BE? Something muscular, sporty and powerful, but still dependable.

SHOULD I BUY, STREAM OR STEAL IT? If you haven’t bought anything from them for a while, this might be the time.