I’m listening as fast as I can — but nobody could keep up with the flood of albums that come out at this time of year. So every now and then I like to play catch-up with some deserving discs that have been around for a few weeks. Dig ’em up before they slip through the cracks: 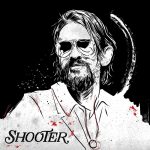 Shooter Jennings | Shooter
Waylon’s wild boy has always marched to the beat of his own drummer. And this time, that rhythm has taken the raspy roots-rock rebel (and longtime producer and pal Dave Cobb) back to his old stomping ground in outlaw country. Of course, Shooter’s self-titled umpteenth outing ain’t your daddy’s country music — though sometimes these twangy two-steppers, soulful slow-burners and horn-laced honky-tonkers do sound like his daddy’s music. Assuming Waylon were willing to sing lyrics about living in Hollywood, starting a band with Marilyn Manson and getting down like a basset hound. 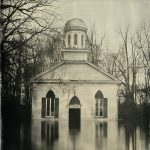 Lucero | Among the Ghosts
“Everything has changed,” growls Lucero frontman Ben Nichols. Well, yes and no. On their dozenth disc, the gravel-throated Nichols and his dependable Memphis crew head into the darkness, ditching the brass-boosted energy of late for somber minor-key meditations, lamentations and examinations of life and war, love and loss, loneliness and family. Supposedly inspired by Nichols’ recent fatherhood, this is the sound of a man sobering up, growing up and facing up to responsibility. Even so, at its heart, these 10 tracks of southern gothic Americana are still a Lucero album. Which is to say: It’s music made for drinking. This time, it’s just not the happy kind. 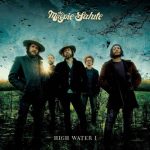 The Magpie Salute | High Water I
You know what they say about birds of a feather. So maybe it’s no wonder Black Crowes guitarist Rich Robinson’s latest outfit includes old cronies like guitarist Marc Ford and bassist Sven Pipien, along with some members of his solo band. And given that, it’s also no surprise that their debut full-length mines some of the same southern-music veins as the Crowes, crossing and blurring the lines between scrappy Faces-style rock, acoustic roots and jam-band psychedelia, with dashes of soul, blues and glam. It’s probably a little early in their story to call this a high-water mark, but it’s definitely an auspicious beginning. Sometimes no surprise really is the best surprise. 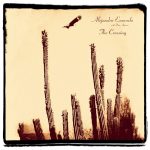 Alejandro Escovedo | The Crossing
Escovedo always has a story to tell. And always aims high. But this time the critically beloved Texas singer-guitarist has outdone himself on both counts. The Crossing, his 13th album, is the 67-year-old Escovedo’s most ambitious work in more than a decade: A concept disc that follows two men — one Mexican, the other Italian — who journey to the U.S. in search of the American dream. Voiced in his smoky tones and coloured with his usual poetic romanticism, the emotional narrative covers a lot of ground. Ditto the music, which features Escovedo’s signature blend of guitar-rock styles from punk to glam to garage, along with Tex-Mex, folk and more — all sweetened with horns and strings, and aided by guests like The MC5‘s Wayne Kramer, The Stooges‘ James Williamson and Joe Ely. Topical and timeless, personal and universal, familiar and fresh, The Crossing is a powerful tale magnificently told.