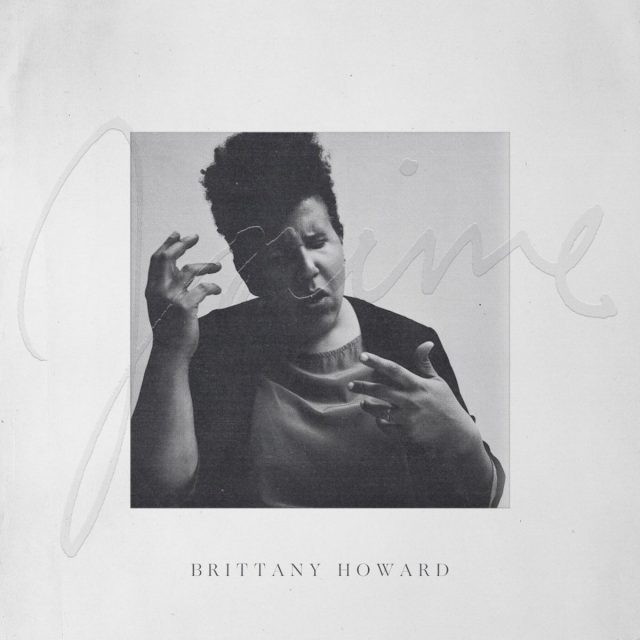 WHO IS SHE? The singer, guitarist and primary songwriter of southern-fried soul-rockers The Alabama Shakes. And the woman with one of the mightiest and most distinctive voices in contemporary rock — no wonder, considering she has a mouth so unnaturally large she can probably munch whole apples like they were grapes.

WHAT IS THIS? Her first true solo album Jaime, named for her older sister, who reportedly taught the young Brittany how to write poetry and play piano before she died from retinoblastoma in 1998.

WHAT DOES IT SOUND LIKE? Sonically, way more like the Shakes’ expansive (and Grammy-winning) 2015 sophomore album Sound & Colour than the garage-rock grit and rootsy revivalism of their career-making 2012 debut Boys & Girls. Once again painting outside stylistic lines with a more expansive instrumental palette, looser song structures, trippier arrangements and multi-dimensional sonics, Howard and her band — Shakes bassist Zac Cockrell, jazz pianist Robert Glasper, keyboardist Dan Horton, and drummer Nate Smith — deliver 35 minutes of eccentric Princely funk and psychedelic soul. Her acrobatic force-of-nature pipes are still the star of the show, though now she spends more time crooning tenderly like Billie Holiday than rattling the rafters like Janis Joplin. And now the queer, mixed-race 30-year-old is singing more pointedly and openly about her own life and upbringing, tackling everything from romance to racism. She’s come a long way from the youngster I once interviewed as she stood outside a garage on the band’s first tour.

WHAT WOULD BE A BETTER TITLE FOR THIS ALBUM? Shaking Off The Past. Or maybe just Hold On.

HOW SHOULD I LISTEN TO IT? On a mixtape with similar artists like Prince, D’Angelo and Erykah Badu — though some of Funkadelic’s moodier and trippier moments would also go nicely.

WHAT ARE THE BEST SONGS? If you’re looking for singalong singles, look elsewhere — these cuts are more about moods and emotions than melodies and hooks. Having said that, the angular opener History Repeats, the sluggish He Loves Me, the sweetly crushing Georgia and the bluesy shuffle Stay High are all keepers.

WHAT WILL MY FRIENDS AND FAMILY SAY? ‘This is moving and magnificent — but am I wrong to wish she would make just one more album that rocks like Boys & Girls?‘

HOW OFTEN WILL I LISTEN TO THIS? The freewheeling nature of these cuts can be something of an acquired taste, but once you get used to it, it’s compelling stuff.

IF THIS ALBUM WERE A MUSIC VENUE, WHAT KIND OF VENUE WOULD IT BE? A hip underground jazz club.

SHOULD I BUY, STREAM OR STEAL IT? If you want to hold on to your cash, start with the stream.