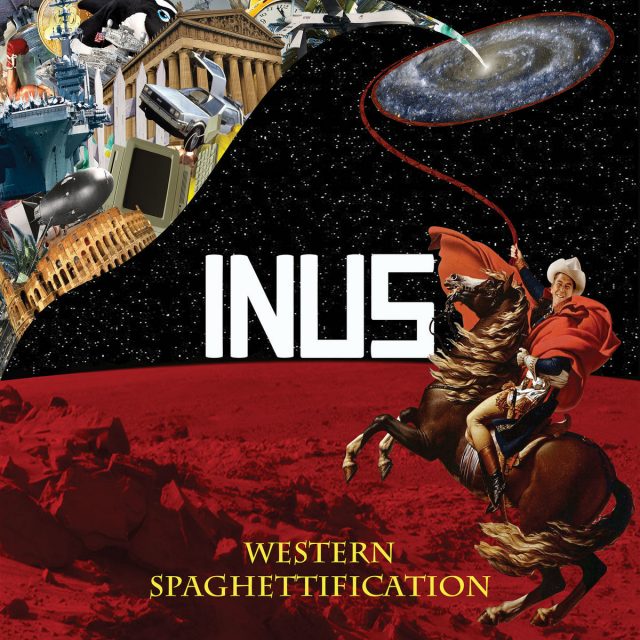 WHO ARE THEY? Three impressively talented musical left-fielders — Locust singer-guitarist Bobby Bray, Phantom Twins bassist Chad Deal and Sleeping People drummer Brandon Relf — who have joined forces in a sorta-semi-supergroup from San Diego underground. Fun Fact: Their name stands for The Institute for Navigating the Universal Self.

WHAT DOES IT SOUND LIKE? Nothing you can imagine. Unless you can imagine what it would sound like if little green men from the underside of Venus decided to come to Earth and form a band after decades of listening to garbled radio transmissions from stations that played nothing but prog, post-rock, free jazz, Frank Zappa, Primus and infomercials.

WHAT WOULD BE A BETTER TITLE FOR THIS ALBUM? Music From Another Dementia.

HOW SHOULD I LISTEN TO IT? While wearing a tinfoil hat and monitoring the skies.

WHAT ARE THE BEST SONGS? We Are Our Computer’s Genitals has the dual distinction of being one of the straighter tunes (relatively speaking) and having the best title — but Whose Methane Gas is On Mars and There Was a Fish in the Percolator aren’t too far behind (at least when it comes to titles).

WHAT WILL MY FRIENDS AND FAMILY SAY? ‘Is there something wrong with your stereo?’

HOW OFTEN WILL I LISTEN TO THIS? Depends on your tolerance for extreme weirdness. It’s kind of grown on me. Like a space fungus.

SHOULD I BUY, STREAM OR STEAL IT? Even aliens need money — at least on this planet.