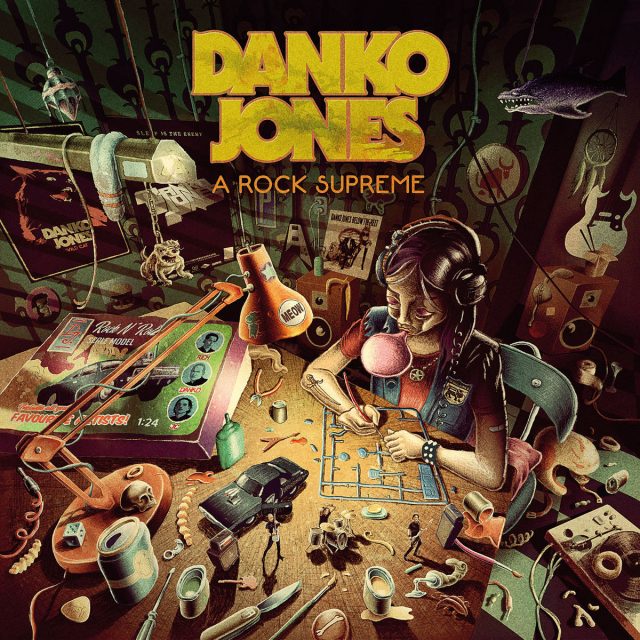 Sorry to disappoint you, John Coltrane fans: Danko Jones’ ninth studio album is not a full-length tribute to the saxophone legend’s groundbreaking spiritual opus A Love Supreme. (Though just for the record, I have to say that I would pay dearly to hear the hard-working Toronto singer-guitarist and his power trio tackle it.) Instead, A Rock Supreme, as anyone who has heard any of the unstoppable, unrepentant and criminally underappreciated Can-Rock icon’s previous eight releases can probably guess, is yet another magnificent and muscular slate of high-voltage, high-volume and high-velocity odes to being in a band, rocking out, partying down, getting crazy, raising your fists, burning in hell, watching your baby dance and trying to get to lipstick city. All of which Jones just happens to supremely love, BTW. So hey, maybe that tribute album isn’t quite so far-fetched after all. Ball’s in your court, Danko.