THE EDITED PRESS RELEASE: “The grit, the grime, the sweat on the walls, the blood on the instruments and callouses on the fingers and hands. Any rock ’n’ roll band that’s put the valuable time into fleshing their sound and creating personal chemistry from the garage to the streets wears this badge with pride, and The Amblers have clearly walked this hallowed path. This is a band seemingly born in the past with a keen eye on the future.

Justin Swart (guitar/vocals) and Jason Hinch (drums) are a South African pair that give previous power duos a run for their money in the bluesy/fuzzed-out, minimalist rock department. Unlike, say, The White Stripes, however, these fellas mesh a swinging Yardbirds-meets-Raconteurs vibe (complete with large Stooges cojones) with a folk-induced mindset that makes for a more cerebral listen whilst still rocking out completely, stripped of any bloated clutter. 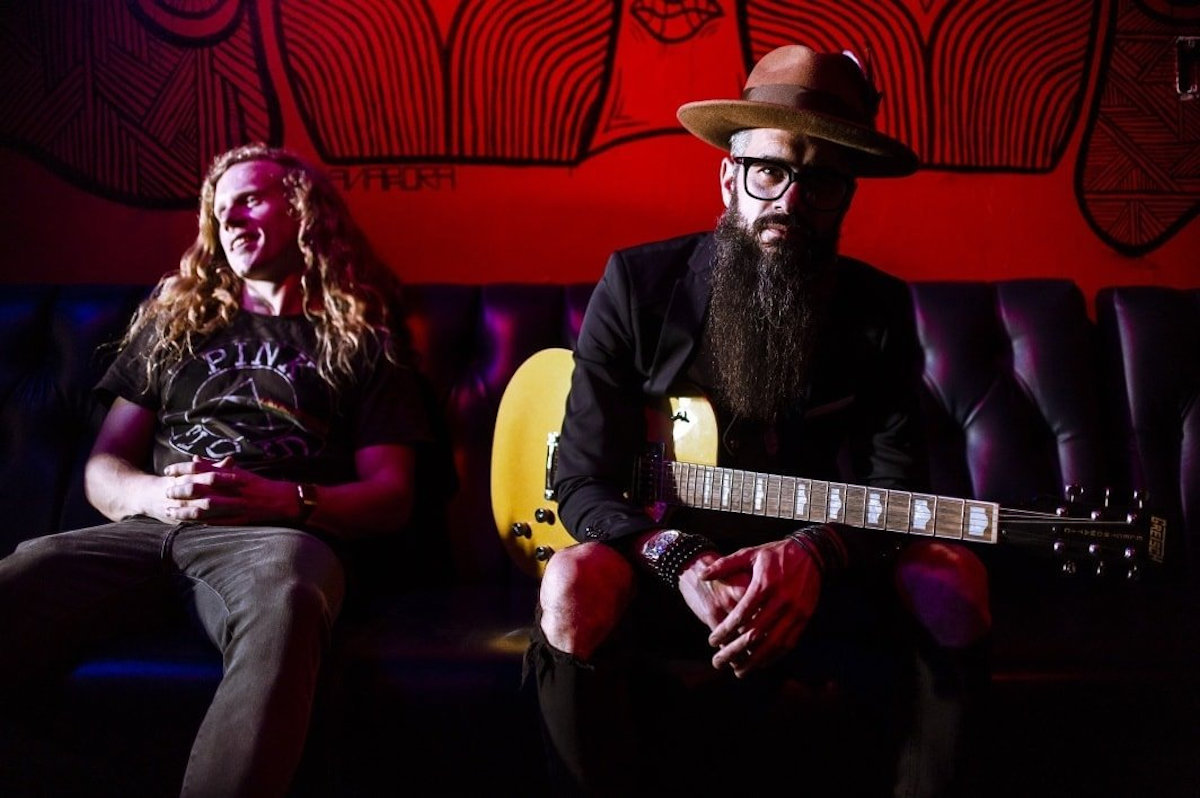 The guitar sound is a blissed-out Twin Reverb fuzz-fest that hits like a ten-ton hammer dressed in furs. The drums dig deep into the ‘tight but loose’ swing that is John Bonham’s legacy (complete with bombastic weight). And the vocals soar with ethereal, cavernous delicacy, making for a delicious array of sounds that totally, totally dig on each other.

A grassroots band that seek to become part of each individual listener’s emotional fabric, The Amblers are down to earth and shed of pretension. Swart puts it best: “We want as many people as we can get to hear our music. Not for popularity, awards, fame, etc. but in the hope that our music will form a part of the lives and memories of people like so many of our musical heroes have done for us.”