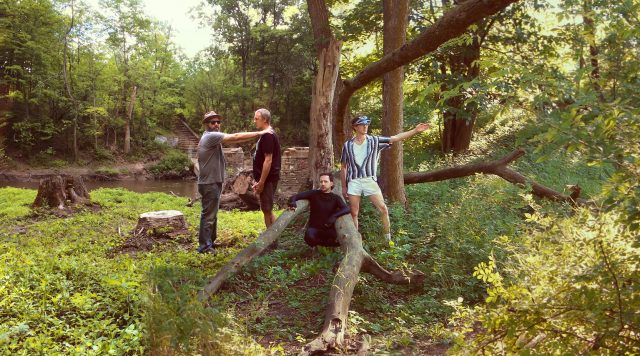 Most of the music I hear is sent to me by labels and publicists. But there’s nothing like getting it straight from the source. Welcome to the latest instalment of DIY Discovery, where I introduce you to artists who have sent me their music directly (and who don’t suck — that’s definitely part of the deal too). If you’d like to get in on that action, scroll down to the bottom of the page. But don’t skip over today’s mind-bendingly wonderful find: 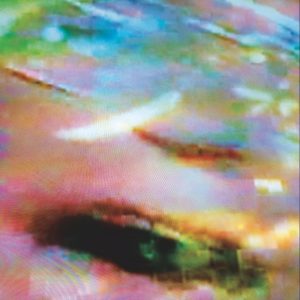 HOME: Chicago, their base after supposedly being blacklisted from the Detroit club scene in the ’90s.

LATEST RELEASE: Digesting Mirror, which is something like their eighth release in 30 years and their first album in 14. Unless it isn’t.

WHAT THEY SOUND LIKE: The 10 weirdest, most obscure records in your coolest music-geek friend’s vast collection, compressed into one band. Or maybe what Guided by Voices would be if Bob Pollard preferred art-pop and psychedelics over British Invasion rock and brewskis.

Kenny Rogers was right: You gotta know when to hold ’em and when to fold ’em. This is one of those times when the smartest thing I could do is heed my inner Gambler and back away from the table. So that’s what I’m going to do. Oh sure, I could get up on my high horse and jabber on about how long-running Chicago freaks Quasar Wut-Wut are one of the greatest bands you’ve never heard, and how their wild ’n’ woolly songs not only draw on virtually every musical style you can imagine but also manage somehow to fuse them into a coherent stylistic whole, and how their lyrics are hilariously and brilliantly skewed but still remarkably articulate, and how they would be indie-pop darlings if the music gods weren’t a bunch of fickle little bitches, and how they blabbity blabbity blah blah blah. But here’s the crux of the biscuit: Ultimately, I can’t say anything about this band or this album that could top what they have to say themselves below. And every word they say is the dog’s honest. So I’m gonna shut up and let them sell themselves — after I say this one last thing: Listen to Digesting Mirror from front to back and tell me it ain’t the ginchiest. I dare you. I double-dog dare you. Hold ’em or fold ’em, chump.

“Like a neanderthal evolving in its own cave system, Quasar Wut-Wut has fully embraced its outsider perspective and relative anonymity. Their new release, Digesting Mirror, is a miniature world of their own construction where familiar classic pop and rock elements are warped, sped up, and misappropriated: a guitar line moans a musty melody from the 1800s over what sounds like a deconstructed Bill Withers song; a rambling Dylanesque ballad of a suicidal 93-year-old nymphomaniac is revved up to ludicrous speed until the wings are ready to fly off. The springy art pop of songs like Dark Love and Ms. Brown blur into the slithering dirge soul of Mandatory Days, displaying Quasar Wut-Wut’s deft hand at creating a cohesive mixture of influences from 60s psyche and Motown — to 70s art rock and folk — to 80s post-punk. There’s a little bit of something for everybody, unless you’re some kind of asshole.”

If you’d like to be a DIY Discovery, no problemo: Just fill out the form below, go to the Submit Music page, or email me directly. I can’t promise I’ll feature you, but if you’re half as awesome as you think you are, it could happen. You never know.