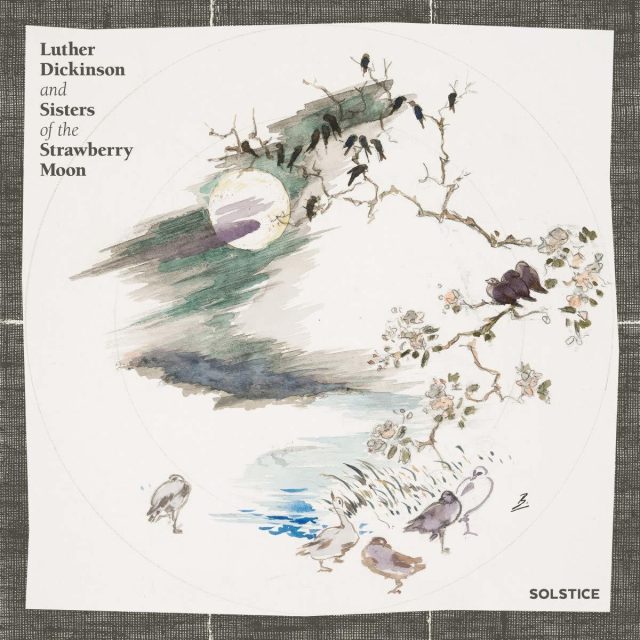 Collaboration has always been the creative swizzle stick that stirs Luther Dickinson’s musical drink. Over the decades, the singer-guitarist and frontman of North Mississippi Allstars has lent his time and talents to a rich roster of artists from Jon Spencer to John Hiatt and Black Crowes to Bash and Pop. Just last month he teamed up with Blackie & The Rodeo Kings’ bluesman Colin Linden for the romantically rootsy romp Amour. Now he’s flipping the script and playing ladies’ man. Solstice, recorded at his late father (and superstar producer) Jim Dickinson’s Zebra Ranch, finds him curating and cultivating a collection of collaborations with a slate of fantastic female vocalists including Amy Helm (daughter of The Band’s late, great Levon Helm), Amy LaVere, Birds of Chicago’s Allison Russell, Sharde Thomas (granddaughter of dearly departed Delta fife-and-drum master Othar Turner) and Mississippi gospel trio Como Mamas. The unsurprisingly rich and varied output covers the roots waterfront, encompassing everything from swampy folk-blues and twangy doo-wop to a cappella gospel and sweet southern soul. Despite getting top billing, Dickinson wisely stays out of the spotlight, preferring instead to back up the vocalists with his impeccably tasteful fretwork and authentic, down-home craftsmanship. What he (and we) end up with might very well be the most sublime roots release of the year — assuming the prolific Dickinson doesn’t have some other surprises up his collaborative sleeve.