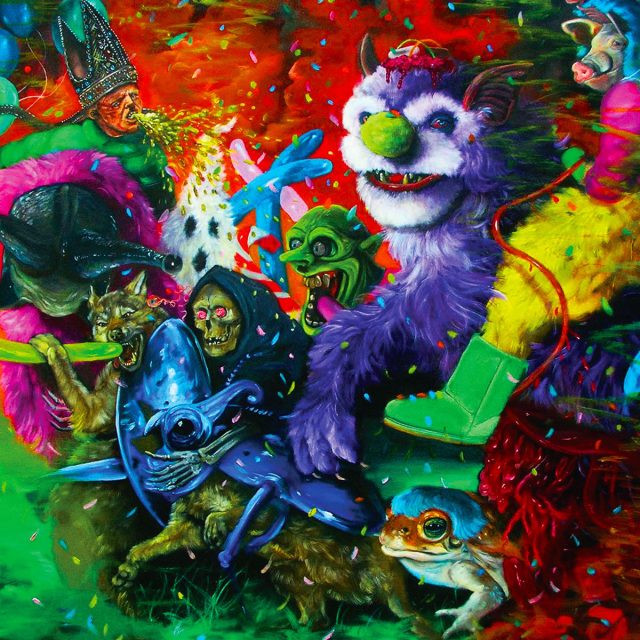 Just like Smucker’s, Monkey Pus and Painful Rectal Itch, Tropical Fuck Storm have a name so awful they’ve got to be good. And oh man, are they ever. Formed by Drones singer-guitarist Gareth Liddiard and bassist Fiona Kitschin — and if you don’t know who The Drones are, stop reading right now and go track down a copy of their grandly titled 2005 gem Wait Long By The River And The Bodies Of Your Enemies Will Float By — TFS quite naturally pick up where the deservedly acclaimed Australian art-punks left off. In other words: They’re superbly off-kilter and outrageous. The ringleader, of course, is the iconoclastic and idiosyncratic Liddiard. Equipped with a pointed wit, a mischievous attitude and a jaundiced eye — not to mention a voice that veers from a lazy drawl to a full-throated, unhinged wail faster than you can ask, ‘Did you remember to take your meds?’ All of which he uses to regale us with freaky, freewheeling treatises on everything from romantic betrayal and societal ills to diseased cannibals, petty criminals, Kasparov’s match against Deep Blue and, um, goats with human faces that roam the fourth dimension. Meanwhile, his female bandmates hold up their end of the bargain, underpinning Liddiard’s spindly, staccato guitar licks and whammy-bar wooziness with no-frills, loose-limbed indie-rock that twists and turns with nimble muscularity (and the occasional spike of Beefhearty angularity) The result: A debut album with just the right combo platter of brawn, brain and brattiness. They keep this up, they’re going to have to change their name to something even worse.