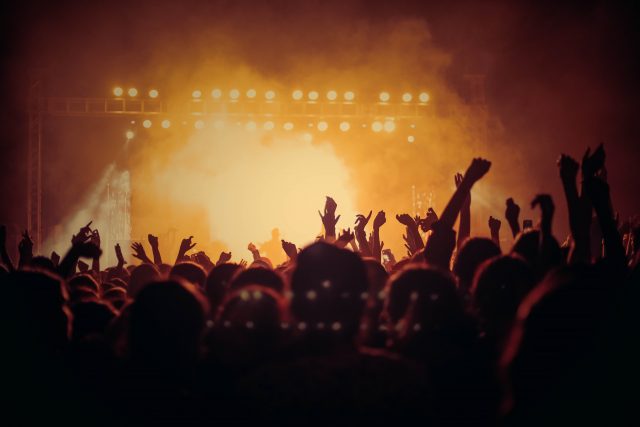 Ticket scalping is back in the news this week, thanks to the Toronto Star‘s excellent report on Ticketmaster’s latest round of skullduggery and scumbaggery. That reminded me of a feature I wrote ages ago on the evolution of concert-ticket rip-offs. Even though it was done long before the advent of parasitic tactics like dynamic pricing, I think most of it still holds up. The bottom line: If Ticketmaster wanted to derail scalping, they could do so almost instantly, as I explain below. Obviously they don’t. So it’s up to consumers. And the best tools for that are boycotts and social media. If you want to hurt scalpers, don’t buy from them. If you want to pressure venues, don’t buy beer, food or merch at shows — and tell them why. If you want to pressure Ticketmaster, how about a boycott? If their revenue stream was cut off for a while, you might see some changes — while they scramble to set up a new secret scam, of course. Anyway, here’s a slightly edited and updated version of my old feature:

Going to concerts used to be simple. You stood in line. You bought a ticket. You went to the show. You picked up a T-shirt, had a warm beer and a dusty hot dog. And you left with enough money in your wallet to do it again.
Not anymore. Now, to see your favourite band, you need connections. You need to join a fan club. You need to find a presale. You need computer savvy and lightning reflexes. And if you want to sit closer than the nosebleeds, you practically have to raid your RSP.
What in the name of Ozzy happened? Basically, it boils down to two words: Technology and greed.
In 1980, Canada’s minimum wage ranged from $3 to $3.65 an hour. The average top-price concert ticket (according to my old stubs) cost $10 to $15. You could pull a shift at Mickey D’s to buy a ticket — and score a front-row seat with a little luck. Over the years, those numbers crept up like everything else, but the basic ratio held. By the mid-’90s, those fast-food jobs were netting $5-$7, while the average ticket (according to Pollstar) cost about $25.
Eagles blew that to hell. When the California rockers buried the hatchet for their 1994 Hell Freezes Over reunion, they became the first band to sell $100 tickets. And people paid. Naturally, other rockers took notice and followed suit — while sellers upped service fees to get in on the action.

What in the name of Ozzy happened? Basically, it boils down to two words: Technology and greed.

But the real squeeze began when the Internet arrived. When the expanding Ticketmaster empire went online, the game instantly changed. Instead of just vying with neighbours for seats, you went against a global army of scalpers who scarfed up tickets and resold them at usurious rates. Ticketmaster got into the game itself, redirecting buyers to its own reselling site. (And let’s cut the crap: Anyone who resells tickets at inflated prices is a scalper. They can blather all they want about serving consumers; they’re still pond scum. And they will have a special place in hell — in line for eternity outside a gig without enough money for a ticket.) Those over 40 probably recall the last time they lined up to buy tickets, only to be told the gig had sold out online in minutes. And they likely recall thinking: This system sucks.
Today it sucks harder. Online piracy and streaming have emptied artists’ coffers. As a result, they must tour farther and longer to fill them. And since many still live in self-centred bubbles, they don’t seem to believe the principles of supply and demand apply. They tour in summer though hundreds of acts are scrambling after the same shrinking pot. They charge big bucks in a dollar-store economy. And they soak fans for even more with VIP packages.
Is there anything to be done? Sure. The industry maintains scalping can’t be stopped. Maybe not. But it can be curtailed. Just treat a concert ticket more like a plane ticket: You have to buy it yourself using two-stage authentication. Your name goes on it. You need ID to use it. You can’t sell it or trade it. If you can’t use it, you can return it for a refund (minus a service charge) and it goes back for sale at face value. For group and family purchases, all names must be entered in advance — again using two-stage authentication. Any violations? You forfeit your seats.
I’m no genius, but it seems that would go a long way. So why hasn’t it happened? That boils down to just one word: Greed.