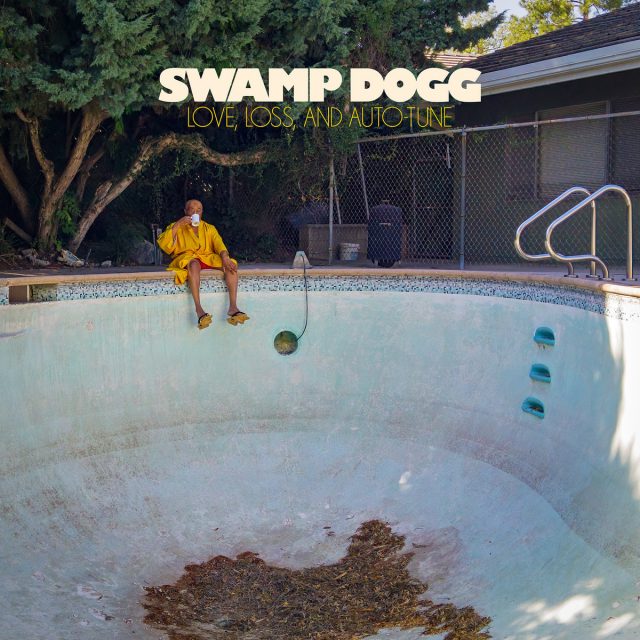 You can’t accuse Swamp Dogg of false advertising. Or creative stagnancy. Of course, the latter has never been an issue for the musical maverick born Jerry Williams Jr. He and his offbeat alter-ego are responsible for nearly five decades of bizarro underground soul classics — from crazed ’70s fare like Total Destruction to Your Mind, Gag a Maggot and Rat On! right on up to 2014’s politicized The White Man Made Me Do It. As for the former, well, much like the title of Kanye West‘s similarly minded 808s and Heartbreak, the Dogg’s Love, Loss And Auto-Tune tells you right up front about its content and the technology used to fashion it. The only thing it doesn’t tell you is how dementedly different and absurdly compelling this game-changing reinvention is. Granted, some of that spellbinding individuality comes from that nearly everpresent Auto-Tune, along with the intermittent echo, occasional distortion and other effects that randomly and relentlessly massage and manipulate his strangely stirring vocals into a multi-layered alien chorus. Then there’s the music: A shapeshifting, otherworldly fever-dream of cheesy keyboards, low-rent beatboxes, bouncing basslines, syrupy strings and random noise crafted by Gayngs and Polica‘s Ryan Olson, Bon Iver‘s Justin Vernon and Guitar Shorty, among others. Equal parts funky, freaky and futuristic, these tracks sound like soul music generated by some sort of malfunctioning extraterrestrial artificial intelligence program. But what really seals the whole crazy deal are Swampy’s conversational lyrics, which boldly balance striking originality, ribald hilarity and disarming honesty. I’ll Pretend showcases a sad sack in denial over his woman’s desertion. $$$ Hunting stars an unemployed labourer who’s reluctant to return to drug dealing because he’s still too pretty to end up someone’s girlfriend in jail. I’m Coming With Lovin’ On My Mind features a horny husband’s phone call to his wife as he heads home in a cab from a trip. Sex With Your Ex introduces a former couple who can’t live with each other — or without each other. Should that not be weird enough, those ribald tales are sandwiched between sincere covers of romantic classics like Nat King Cole‘s Answer Me, My Love and Hoagy Carmichael‘s Stardust, giving the disc’s opening and closing moments a sweetness at odds with its maniacal middle. If all that doesn’t bring total destruction to your mind, nothing will.