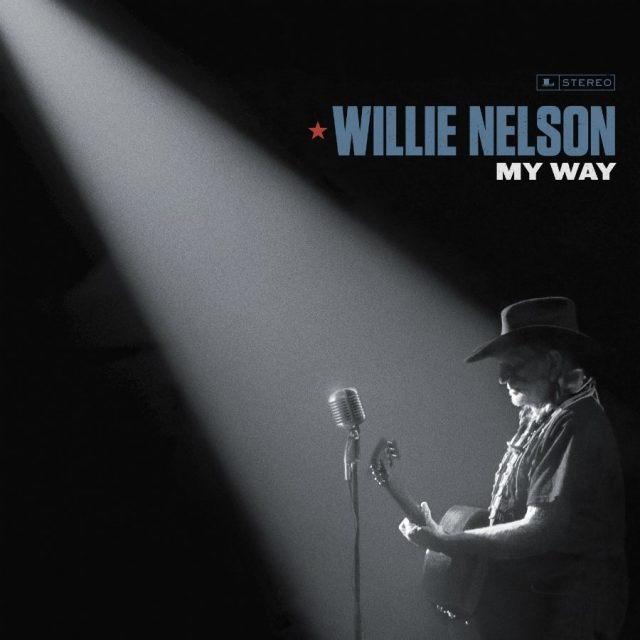 Better make that Mostly His Way. Not that there’s anything wrong with that. On Willie Nelson’s new Frank Sinatra tribute disc — which also just happens to be his 68th studio album — the eternally unpredictable and charmingly mischievous Red-Headed Stranger had two reasonable choices: 1) To stay in his comfort zone and convert Old Blue Eyes’ signature songs like Fly Me to the Moon, Summer Wind and the title cut into rootsy fare. 2) Play it straight and do ’em in the swinging, jazzy style that was his old pal Frank’s wheelhouse. He wisely goes with the second option. More or less. Surrounded and supported by a nimble lounge ensemble sweetened with strings and horns — plus the harmonica of veteran sidekick Mickey Raphael and the steel guitar of Paul Franklin — Nelson and longtime producer Buddy Cannon celebrate the Chairman of the Board while still managing to put their own stamp on the proceedings. Nelson’s dry hickory-snap vocals and slyly understated croon might seem at odds with Sinatra’s saloon-singer boom, and fair enough; after all, he’s not about to put Tony Bennett out of a job anytime soon. But the contrast between his casually loose, lightly sanded performances and the band’s sophisticated elegance serve him better than expected. Matt Rollings’ arrangements deserve special praise, gracefully toeing the line between admiration and inspiration. A Foggy Day‘s spry gait and steel-topped melody line toy with country swing. It Was a Very Good Year adds a touch of Latin swivel to its bassy backbeat. Blue Moon shuffles along charmingly. Night and Day boasts a breezy optimism and popping congas. What is This Thing Called Love sees the return of duet partner Norah Jones. And the title cut is converted to an electric-piano ballad haunted by Raphael’s harp. Anyone who’s been paying attention knows Willie has always wanted to be a crooner; he’s been thumbing through the Great American Songbook since the ’70s, cut three albums with the professorial Wynton Marsalis and recently tackled the songbooks of Gershwin and Ray Charles. But with My Way, he comes closer than ever to realizing his dream. If not getting his own way.