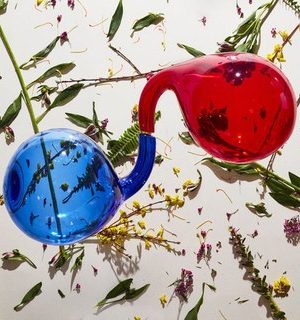 David Longstreth‘s lamp may be strong enough to illuminate his work. But one spin of his eighth Dirty Projectors album will confirm that the warm, soul-nourishing glow enlightening his life these days actually emanates from his rekindled love light. Or, to put it another way: What a difference a year makes. When we last heard from the California-based singer-guitarist on his group’s self-titled 2017 release, he was in a considerably darker place — singing about death spirals, rewinding old memories and sampling Vertigo while sifting the ashes of his failed relationship with girlfriend and bandmate Amber Coffman. And it made for compelling (if somewhat uncomfortably voyeuristic) listening. But the best cure for a bad old romance has always been a good new one. Which is apparently what Longstreth has now found. “You pulled me up when you took my hand,” he sings on the disc’s optimistic opening cut, one of several upbeat odes to the thrills of a new relationship. “Now I’m striking up the band.” And beefing it up. True to his word, the ever-changing Projectors lineup now includes several new members and a guest list that includes Haim, Fleet Foxes‘ Robin Pecknold, Amber Mark and The Internet‘s Syd. But like his last outing, Longstreth does most of the heavy lifting on his own, programming drumpads and synths into his own artfully idiosyncratic strain of contemporary R&B. And while his increasing love of strings and horns nudges his sound to new places, his expansive guitar work (which seamlessly flows from lilting Afrobeat melodies to the pedal-stomp dino-power of Adrian Belew and St. Vincent) and expressive vocals (which swoop and soar in and out of a tender falsetto with graceful ease) remain the real stars of the show. Which is to say: Love may be all you need. But a modicum of talent and ability will always shine through.