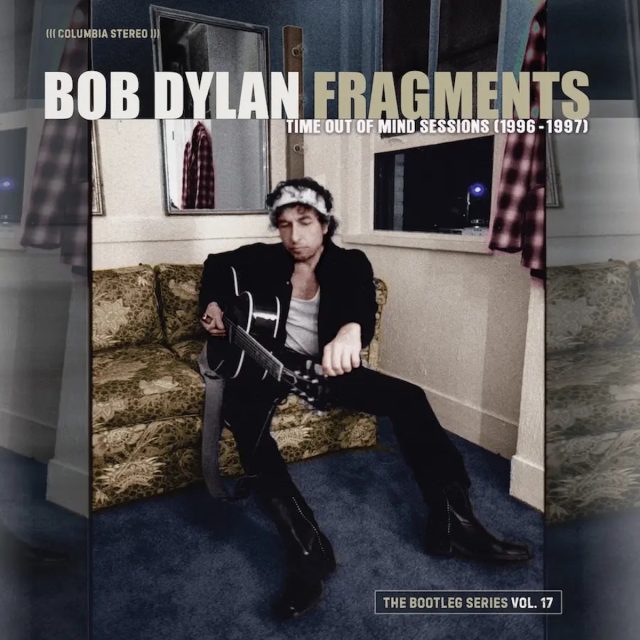 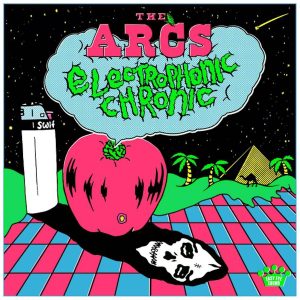 THE EDITED PRESS RELEASE: “Dan Auerbach says of what makes The Arcs tick, “The relationship between everyone was born out of loving the studio and loving vinyl. Spinning records was a huge part of what we did and what we connected on. We would pull out the 45s, and we would flip through the records. We’d listen to old soul records and garage and Jamaican records. We’d listen to Joe Meek productions. We’d spin these records, we’d play ’em real loud and listen, and it would inspire us — endlessly.” That brotherly bond of listening, playing, and recording culminates in The Arcs’ second album, the neo-psychedelic soul-rock odyssey Electrophonic Chronic, released on LP and CD and digitally by Auerbach’s label Easy Eye Sound. 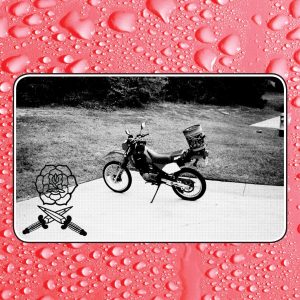 THE EDITED PRESS RELEASE: “The point of an odyssey is to return home changed — still the same person, but deepened somehow, wiser and better, wearing your traveling scars proudly. Bass Drum of Death’s new album Say I Won’t is the end result of a journey that took singer and bandleader John Barrett from a small town in Mississippi and sent him across the world and back home again. The music still rips, with blown-out guitars and drums that sound like bombs going off, and the melodies are catchier than ever, hollered in Barrett’s trademark yelp. But the music hits differently now, more at peace with itself, propelled by a new swagger. Say I Won’t is the record of a veteran band finding its stride and leaning into it, stripping back the excess and finding the raw core of their sound. Say I Won’t is the first Bass Drum of Death album written, demoed, and recorded with the touring band instead of Barrett doing everything on his own. He found a freedom in working with collaborators that wasn’t available to him before, opening different aspects of the songwriting. It was a process of live recording, layering on different parts and overdubs, and then stripping it all back to the bones of the song, keeping the raw wild heart of the music intact. 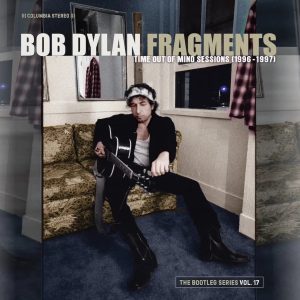 THE EDITED PRESS RELEASE: “The latest chapter in Columbia/Legacy’s highly acclaimed Bob Dylan Bootleg Series takes a fresh look at Time Out Of Mind, Dylan’s mid-career masterpiece, celebrating the album and its enduring impact 25 years after its original release on Sept. 30, 1997. Fragments – Time Out Of Mind Sessions (1996-1997): The Bootleg Series Vol. 17 follows the evolution of songs written for the album, from intimate early incarnations in the previously unreleased 1996 Teatro sessions featuring Dylan (vocals, guitar, and piano), Daniel Lanois (guitar and organ), Tony Garnier (bass) and Tony Mangurian (drums and percussion) through incandescent live renditions (also previously unreleased) showcasing Dylan and his touring ensemble channeling the songs onstage from 1998-2001. Time Out Of Mind became a new pillar in the Dylan pantheon, its songs — Love Sick, Cold Irons Bound, Can’t Wait, Not Dark Yet — becoming concert staples and fan favorites with one composition, Make You Feel My Love, achieving rare status as a new contemporary standard in the Great American Songbook, a tune covered by hundreds of artists including Billy Joel, Garth Brooks, Neil Diamond and Adele. Time Out Of Mind won the 1998 Grammys for Album of the Year and Best Contemporary Folk Album, while Cold Irons Bound took home the trophy for Best Male Rock Vocal Performance.” 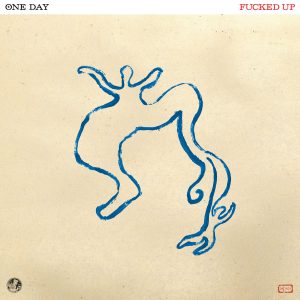 Fucked Up
One Day

THE EDITED PRESS RELEASE: “With One Day, Fucked Up have delivered one of the most energizing and intricate albums of their career, a massive-sounding record that arrives in deceptively small confines. The Canadian hardcore legends have been known for their epic scale in the past, so it might be a surprise that Fucked Up’s sixth studio album is their shortest to date, written and recorded in the confines of one literal day (hence the title). Don’t mistake size for substance, though: The band’s sound has only gotten bigger, more hard-charging, with even denser thickets of melody. “I wanted to see what I could record in literally one day.” That singular idea came to mind for guitarist Mike Haliechuk in the closing months of 2019. Haliechuk got himself into a studio and proceeded to write and record the record’s 10 tracks over three eight-hour sessions, reconnecting with the core the band’s songwriting essence in the process. Initially, Fucked Up vocalist Damian Abraham was also set to complete his vocals in similar fashion — that is, before the lockdowns of 2020 took place. As it turns out, the isolation yielded creative dividends, as Abraham returned to contributing lyrics as well for the first time since 2014’s Glass Boys. “It almost felt like it might be the last time I’d ever get to record vocals for anything,” Abraham says of the stakes he felt while putting his part to tape, before reflecting on how he approached the lyrical process: “What do I want to say to friends who aren’t here anymore? What do I want to say to myself?” One Day is an undeniable work of confidence from a band that continues to operate at the top of their game, making music that’s guaranteed to last a lifetime and beyond. 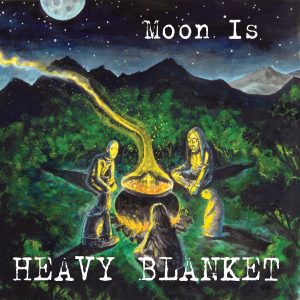 THE EDITED PRESS RELEASE: “Returning after a 10-year sojourn, freshly stewed from the mind of legendary rock outlier J Mascis, instrumental psych sideshow Heavy Blanket are back with the release of new album Moon Is. Forever the creator and custodian of noise in all its inimitable forms, Mascis’ recent raid on a stash of unused riffs has yielded an exceptionally heavy trove of new tracks. Over six songs, Moon Is packs in plenty of ornery proto-metal, lo-fi rock, and obscure other-worldly psych, and is of course a must for all Dinosaur Jr. and Mascis acolytes, old and new. Adding rhythmic reinforcements in the shape of Heavy Blanket’s mysterious musical cohorts, the album marks a return to the autonomy of alt-rock’s most singular visionary and another giddy instalment of monstrous guitar chops, noise and questionable post-Deep Wound/pre-Dinosaur urban mythology.” 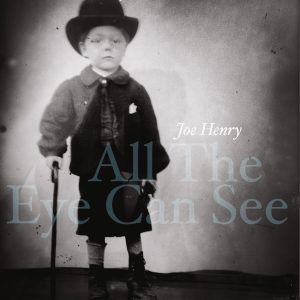 Joe Henry
All The Eye Can See

THE EDITED PRESS RELEASE: “In a career spanning more than 30 years, three-time Grammy winner Joe Henry has left an indelible and unique imprint on American popular music. Known for his exploration of the human experience, Henry is a hyper- literate storyteller, by turns dark, devastating, and hopeful. On All The Eye Can See, Henry is joined by more than 20 musicians, among them his trusted long-time musical companions and friends — his son Levon Henry on saxophone & clarinet, David Piltch on bass, Patrick Warren on piano and keys and John Smith on acoustic guitar. It is an intimate album, highly emotional, amazingly quiet, beautiful, and relaxed, with simple yet skillful tunes, touching lyrics featuring 12 new and unforgettable songs, framed by an instrumental prelude and prologue. Says Henry: “As for the songs themselves, I hear them in part as springing out of our shared and traumatic experiences of the recent past, sure, as well as our present-day responses to them; but if I am honest, I know that I have never allowed myself to write and release songs as personal as these now feel to me.” 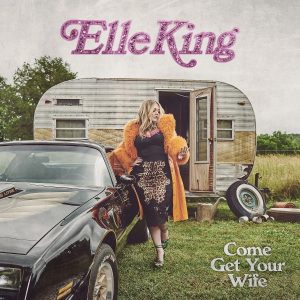 Elle King
Come Get Your Wife

THE EDITED PRESS RELEASE: “The road to Elle King’s forthcoming album Come Get Your Wife is not one you would find on Google Maps. It’s full of dirt roads from her youth spent in rural Ohio (a nod to that on the album’s opening track), pot holes and bumper-to-bumper traffic on the streets in New York and L.A. and some uncharted routes to London and Nashville. The new project pulls from all that influence and life lived on the road and the result is a dozen authentic tracks that could be the musical autobiography of her life.  “This whole album is a crazy quilt of all sorts of moments and things that might not seem to go together, but because they’re me, they do,” says King. “It’s very Southern Ohio, very who we are — and very much a lot of people who are just like me, because I know they’re out there.” Come Get Your Wife sharpens King’s gaze, digs into her roots, puts her banjo front and center and creates a record that’s as alive and electric as she is. Taking all the pieces – the rock, soul, (blue)grass and country that she loves – she’s made an album that demands your attention, then delivers on all cylinders.” 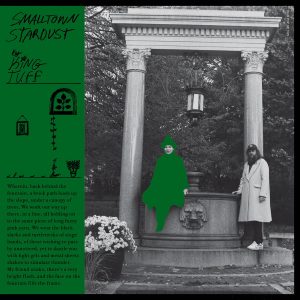 THE EDITED PRESS RELEASE: “There are times in our life when we feel magic in the air. When new love arrives, or we find ourselves lost in a moment of creation with others who share our vision. A sense that: this is who I want to be. This is what I want to share. It’s a fleeting feeling and one that Kyle Thomas, the singer-songwriter who records and performs as King Tuff, found himself longing for in the spring of 2020. But knowing he couldn’t simply recreate this time in his life at will, Thomas — who hails from Brattleboro, Vermont — set out to write a love letter to those cherished moments of inspiration and to the small town that formed him. Thomas seized upon his memories, creating what he calls “an album about love and nature and youth.” The result is Smalltown Stardust, a spiritual, tender and ultimately joyous record that might come as a shock to those with only a passing knowledge of the artist’s back catalog. On Smalltown Stardust, Thomas takes us on his journey to a place where past and present collide, where he can be a dreamer in love with all that he sees. References to his Brattleboro upbringing abound, but at the core of Smalltown Stardust is Thomas’s desire to commune with nature on a spiritual level. Images of the natural world, from blizzards to green mountains to cloudy days, fill the songs.” 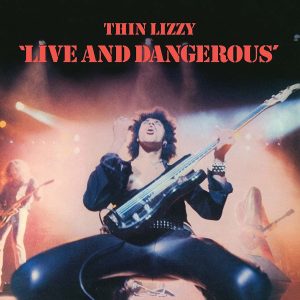 THE EDITED PRESS RELEASE: “Live and Dangerous was released in 1978 and is arguably one of the best live albums of all time It was recorded in London and Toronto in 1977, during the tours accompanying the albums Johnny the Fox and Bad Reputation. Live and Dangerous was originally intended to be a studio album. Working with producer Tony Visconti, Thin Lizzy had had huge success with Bad Reputation, and the group wanted to work with him again. But since Visconti had a very tight schedule Lynott came up with the idea that they spend two weeks together compiling a live album instead. This box set is the definitive version of the album, containing all the shows that make up the record newly mixed by Ben Findlay from the original multi-tracks, mastered by Andy Pearce and overseen by guitarist Scott Gorham.”